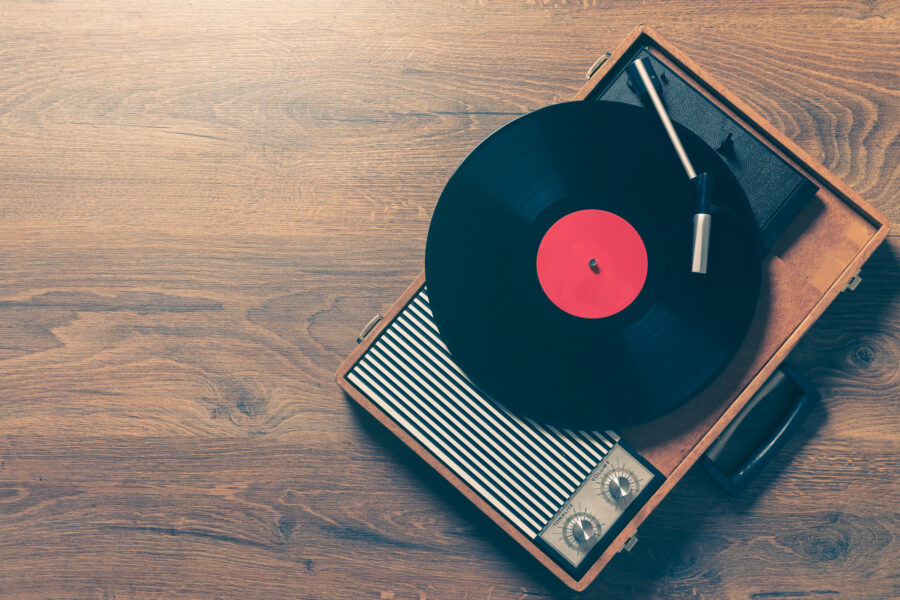 Resurgence of a classic tool

What do wind tunnels and vinyl records have in common?

Well, we consider both old technology, but they are certainly not forgotten. Let’s consider the latter for a moment; vinyl records paved the way for music reproduction throughout the 20th century. They became a mainstay in households around the world.

The emergence of cassettes and 8-track tapes soon after in the 1970s ultimately made it easier to play your favourite music in the comfort of your home and on the go; convenience played a crucial role in this soar in popularity. Then came along digital recording which paved way for CDs and, eventually, what we consider the norm today, online streaming. The ease and accessibility to find and play music with just a few clicks on your device has cemented online streaming as the new standard for the majority.

However, over the past decade there has been a resurgence of vinyl records. On the surface, this may seem odd. Vinyl requires one to purchase expensive and bulky equipment. While the option to stream music endlessly, in many cases for free, is so readily available and accessible.

So, what explains this resurgence?

Turns out there are quite a few reasons. First is the quality of sound itself. Many enthusiasts feel that old-school analogue audio created by the vinyl format provides a “natural” listening experience compared to digital audio. Secondly, there is a sentimental value attached to the act of physically interacting with and owning a piece of music. Ultimately, both formats are valuable and have their place for different listening experiences.

The vinyl and the wind tunnel

You may be wondering what this has to do with wind tunnels, or this blog. Well, we can draw similarities from comparing vinyl with digital and wind tunnels with Computational Fluid Dynamics (CFD).

Wind tunnels are still considered the gold standard when it comes to validating the final design and certification. However, it is costly and time consuming to manufacture scaled test models. And, running wind tunnel tests tend to land an enormous energy bill. Most companies also don’t have the luxury of accessing multiple wind tunnels. This usually means testing can only be done one at a time.

Computational fluid dynamics (CFD), on the other end of the spectrum, is the digital way that has revolutionized the development process. In many ways, CFD reduced the scope of running these vast and costly wind tunnel tests. Virtual simulation enables a quick turnaround of innovative new concepts. On top, it allows to evaluate those at a fraction of the cost. Today’s engineers can effectively do this without the need to manufacture physical components. They don’t need to use enormous amounts of energy in the wind tunnel. And can turn the analysis around in a matter of hours. Ultimately, CFD bridges the gap between proof of concept to the last stage of validation and sign off. Ultimately, just like vinyl and streaming, both tools are complementing each other.

But how can the aerospace industry leverage CFD?

In the aerospace industry, in order to get the most out of your simulations, you need to evaluate different concepts in a range of operating conditions to understand the true performance of an aircraft. You can easily run a single case on most modern workstations or on-premise HPC. The question that remains, however, is how you can scale when you don’t have the physical compute resources at your disposal. Cloud computing provides the flexibility to scale up your projects without significant financial investment compared to traditional on-premise HPCs. CFD simulations on the cloud can get you the answers quickly so that you can compete, explore and innovate.

Compete with the giants thanks to aerospace CFD in the cloud

This may be difficult to imagine, considering the vast disparity in the size between a small medium enterprise (SME) and a giant in industry. People and financial resources can be scarce in SMEs whereas large corporations are backed heavily with investment enabling them to flex their finances and recruit entire teams of engineers at will. Despite ample resources, changing old habits and adapting to modern methods can be a stumbling block for large corporations. They might often question why there should be a change, given established processes and heavy use of wind tunnels to deliver aircrafts.

How can a small business compete with this? The answer is efficiency and cost, leveraging CFD simulation on the cloud

A relatively small company like TLG Aerospace has demonstrated that it is possible to compete with these giants even with a fraction of available resources. In order to achieve this,the aerodynamics team apply each tool according to their strengths.

TLG Aerospace leverages Simcenter STAR-CCM+ as the CFD tool on Amazon Web Services (AWS) cloud platform. This combination enables entire Aerodynamic Databases (ADB) to run quickly with practically unlimited computing power and decreases the dependency on expensive wind tunnel tests. The ability to be flexible and adapt to changes in simulation demands across various phases of the development cycle means using as much or as little compute resources as required. Combining elastic computing (EC2 instances) on AWS with Simcenter STAR-CCM+ flexible Power-on-Demand licensing allows to realize 75 per cent cost savings per CFD simulation. This enables SMEs like TLG Aerospace to pass on these benefits to their customers and provide the means for bidding new projects competitively.

“Simcenter STAR-CCM+ runs robustly, accurately and repeatedly with simple processes and best practices. That has given companies confidence that the code can be used as a source for aero database generation.

Entering the aerospace industry in 2015 One Aviation is one of new kids on the block.

Rather than competing in the crowded start-up market for drones or attempting to challenge some of the giants within the commercial jet sector One Aviation focused on developing the next generation of a super light business jet.

This is a niche yet lucrative market, and, like all products in this industry, the design needed to be aerodynamically efficient in order to generate any interest from customers.

The One Aviation team leverages Simcenter STAR-CCM+ design space exploration on the cloud. This combination provides the flexibility to run hundreds of cases on demand without expensive on-site HPCs. Design Manager makes it possible to automate entire workflows, provide the means to model real-world behaviours with more parameters and discover better and more intuitive designs. Power-on-Demand licensing allows the team to run high core counts (240 cores) per job on the cloud. This has substantially reduced software costs and turnaround times per case.

The team focused on optimizing a particular region of the aircraft that is prone to a significant amount of drag; the nacelle which holds the engines on an aircraft. The aerodynamics team ring-fenced and evaluated 15 different parameters. The designs with the lowest drag count were subject to a range of operating conditions from design cruise to low speed high angle of attack. This enabled the team to gain a deeper understanding of how the aircraft would behave in various modes of flight.

By conducting large-scale cloud-based design exploration, the aerodynamic team evaluated 100 concepts achieving a 14 percent reduction in cruising drag leading to significant fuel savings. This was turned around within 30 days and the end result is the Eclipse 550, the most fuel-efficient twin-engine jet in production to this day.

Unmanned aerial vehicles (UAVs) emerging technologies in the aerospace industry which has attracted many start-ups try to enter this space. The challenge facing them is the development of a highly aerodynamically efficient product as well as integrating complex propulsion systems. On top of all this, drone regulations around the world are frequently evolving and have a knock-on effect on companies as they need to change and adjust their design concepts accordingly. For companies to succeed their products need to keep up with changes in the landscape. Flexibility is key.

Simcenter STAR-CCM+ is a leader in this space. The CFD tool can model complete propulsion systems which enables engineers to evaluate an entire model; this is a feature particularly valuable within UAV development considering one cannot do this so easily in wind tunnels. Modelling an entire UAV can be inherently complex but, with virtually unlimited compute resources available on the cloud, entirely possible.

CFD streamed straight to you

In the same way online streaming can be used for its accessibility & nearly unlimited content and the vinyl record can be used to appreciate a more “natural” sound quality, aerospace CFD in the cloud can be used to find the optimal design in an economical way and the wind tunnel is the final jigsaw to achieving aircraft certification and compliance with regulations. But clearly, by allowing engineers to conduct their design exploration in a yet unseen economical way aerospace CFD in the cloud will change the aerospace industry, like streaming changed the music business.

Five compelling reasons to run CFD simulations on the cloud May 20, 2020 In the world of computational fluid dynamics (CFD), the goal is to exploit the ever-advancing technology of computing power to…
Apollo 13: The First Digital Twin April 14, 2020 The behind the scenes story of how NASA used Digital Twin technology to bring a crippled spaceship safely home.
The art of engineering light March 4, 2021 Siemens Digital Industries Software achieved Amazon Web Services (AWS) High Performance Computing Competency status with Simcenter STAR-CCM+