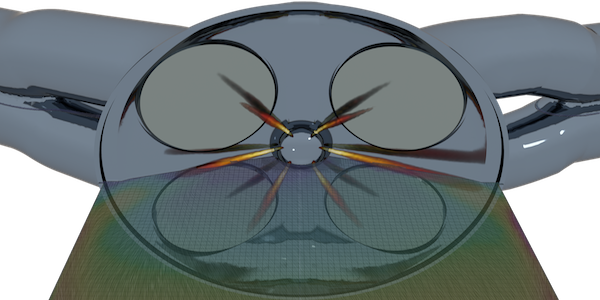 The Economist recently published an obituary to the Internal Combustion Engine in an article which opened with the statement that:“It had a good run. But the end is in sight for the machine that changed the world.”

Now, I’ve spoken on this topic before, specifically with respect to Diesel engines, and I firmly believe the demise of the engine is exaggerated due to current political pressures and some recent blunders by large corporations, but the tide is growing; the real question is how quickly? Recent data suggests that, while their will surely be fewer brand new engine lines produced in coming years, the trusty ICE solution will be with us a long time, persisting in up to 95% of new vehicles sold in the USA in 2025 and even 90% in 2030 (predictions are lower worldwide, but still 76% of new car sales in 2030!).  That’s a lot of engines that need to keep improving, year over year!  The ever-increasing challenge is to keep improving performance while minimizing fuel consumption, reducing the formation of harmful pollutants, all while keeping costs and design cycle times low.  No big deal!

So the internal combustion engine will be around for a while longer and it faces tougher design challenges than ever.  This calls for some serious simulation.

If you’re at all familiar with in-cylinder simulation of internal combustion engines, you’ll be familiar with the “cold flow” terminology.  This involves modeling the transient process of the airflow in the cylinder, typically with the objective of maximizing the trapped air mass and examining the bulk motion (swirl and tumble) that this flow induces.  Often we also look at the evolution of turbulence to better understand the potential for fuel and air mixing and, specifically in spark-ignited engines, what the turbulence levels around the spark plug are at the intended time of ignition (start of combustion).

This type of simulation carries a lot of weight in the engine development process today.  Using cold flow simulation, engineers can optimize trapped mass by exploring port and combustion chamber design and by looking at interactions with valve timing strategies.  Some companies even keep correlations of bulk flow and turbulence metrics vs. quality of combustion to help design a well-behaving combustion system prior to even performing a combustion simulation!

Such a powerful simulation and yet so simple…or is it?

In the end, any in-cylinder simulation is among the most complex CFD simulations you can perform.  The combination of high-speed flows, mesh motion requiring an EXTREMELY high level of mass conservation, and very small time scales (fractions of a crank-angle degree typically require time steps on the order of 1e-006 [s]) means a lot of work goes into the setup and the numerics must be carefully selected to accomplish stable runs with reasonable turn-around times.  This is all before we start layering on complex physics models when we start to include fuel injection (Lagrangian spray, droplet-wall interactions, wall films) and combustion (ignition, flame propagation, emissions formation, knock).

With the release of STAR-ICE in STAR-CCM+ v12.06, Siemens PLM is directly addressing the need for more engine simulation capabilities by offering fast and simple setup of in-cylinder simulations directly within STAR-CCM+.  This first release will address the setup of cold flow simulations for multi-valve engines with the automated setup of mesh motion, allowing the user to go from raw CAD geometry to running simulation in just minutes.  Default settings and automatically-created post-processing output are aimed at giving the engine engineer a “running start” and mean that you don’t need to be a CFD expert to setup and run one of the most challenging CFD simulations around!

With the power of the STAR-CCM+ platform and the recently-released (v12.04) Design Manager, users can leverage the automation capabilities, scalability, and flexibility of the platform to easily and quickly execute design studies in order to optimize their engines for the next generation.  Additionally, since STAR-ICE automatically creates a parametric model, you’re only a few mouse clicks away from easily sweeping multiple operating conditions to understand the bulk motion and turbulence at different speeds/loads.

While a meaningful and powerful simulation, cold flow is just the beginning of the in-cylinder simulation process.  Modern simulation teams build upon this by performing charge motion simulations, where the injection of fuel and the mixing process are included, and then adding combustion to get a more complete simulation of the engine process.  STAR-ICE, as part of STAR-CCM+, will receive updates three times per year and will continue to add features that address these simulations in the coming year, including class-leading combustion capability combining physical and kinetics models.

So rest assured, the internal combustion engine won’t disappear in the near or distant future, and STAR-ICE will help to ensure that it has an environmentally friendly and sustainable future for many years to come.