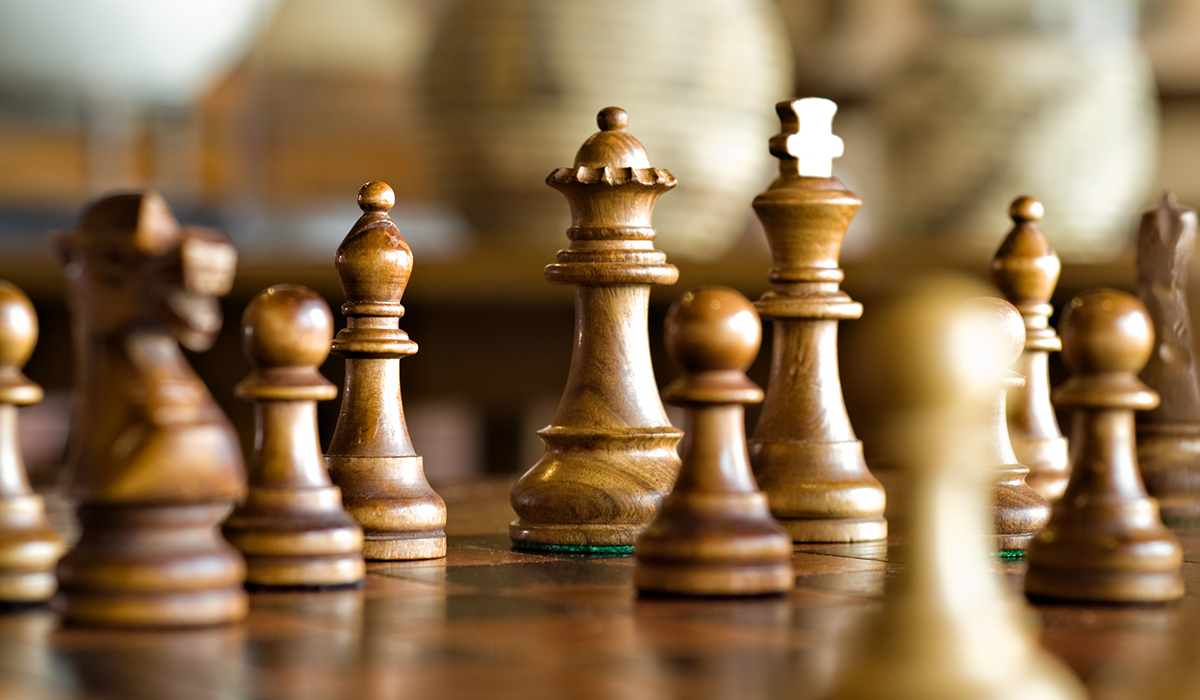 After many recommendations and pressure from friends, I finally found the time to watch the Netflix series The Queen’s Gambit. It was thoroughly enjoyable and even inspired me to dust-off my old chess board. However, visions of becoming the next world champion were quickly crushed by my housemate. Evidently he played quite a bit as a kid and is still quite handy!

After picking my pride off the floor, I realized one attribute which made my housemate so successful. It was the ability to see several moves ahead and proactively respond to new moves. Rather than being reactive, my housemate would always make predictions about my future moves in order to mitigate any threats and prepare his own chances.

Thinking about this more broadly, I saw various parallels to the pharmaceutical industry. There are constantly changing pressures which companies need to adapt to, both on a plant and industry-wide scale. Failure to see these challenges in advance and react can cause costs to soar and allow competitors claim an advantage. This is the real-life equivalent of a checkmate!

Beyond my frivolous attempts to win chess games, I thought that I would look a little bit deeper at how accurate predictions (or models) can lead to significant benefits for companies in the pharmaceutical industry.

The pharmaceutical industry plays the Berlin!

In my journey as a chess player, I have learnt various ‘openings’ and move orders. One notorious opening is called the Berlin which is very solid but often leads to dull, drawn positions. It doesn’t give the player much opportunity to play for a win. If the pharmaceutical industry could play chess, it would play the Berlin.

Process design and development in the pharmaceutical industry has traditionally been very conservative – and perhaps with good reason. There are stringent regulations for product and processing standards, with the cost of new development extremely high. Companies have a lot to lose and so often revert to ‘tried and trusted’ empirical methods of experimentation and scale-up. However, these may not be the most efficient approaches and can lead to slower drug development or sub-optimal processes.

Sharp positions and complexity (reality is more of a Najdorf)

Whilst I imagine that the pharmaceutical industry would like a steady game, reality doesn’t play that way. So, what would the board look like? I imagine it would be a crazy position, with lots of action, threats but also possibilities – probably a Sicilian Najdorf. In these positions, preparation and understanding the complexity of the position is key, otherwise things go very badly, very quickly!

Physicist Werner Heisenberg allegedly once said, “When I meet God, I’m going to ask him two questions: why relativity? And why turbulence? I really believe he’ll have an answer for the first.” Perhaps fictional, the quote nonetheless captures the sentiments of many engineers and students when trying to model turbulence due to the complexity of the flows and sometimes unpredictable behavior.

Unfortunately for those in pharmaceutical manufacturing, turbulence is not the only antagonist to consider; particles, non-Newtonian fluids and multiphase systems often coexist together in a potpourri of all the scary physics young engineers learn about at university. Failure to accurately understand the behavior of such systems can lead to increased physical experimentation or a sub-optimally designed system.

Complexity is inherent in many pharmaceutical processes – there is no escaping it. In order to be successful, companies must understand the complexity and leverage it as a competitive advantage. This is already underway; with industry incentives such as Quality by Design (QbD), and concepts such as Industry 4.0, companies are starting to explore new methods to gain an advantage in an increasingly competitive market.

A supercomputer to the rescue

In the 1990’s, scientists created a computer which for the first time was able to beat a human at chess. This development has revolutionized the way that chess is played today. These computers can ‘out-think’ humans and provide insight into new positions, moves and ideas. Today, all the best players use computers to analyze their games and prepare for their next ones, which provides a significant advantage.

When I look at the pharmaceutical industry, I can’t help but feel that we have reached this point too. Sure – traditional empirical methods of experimentation, scale-up and tech transfer are not redundant. However, they cannot provide that same cutting-edge innovation and competitive advantage which the move towards digitalization can. For example, artificial intelligence software in design optimization can quickly generate novel and optimized designs which can outperform human designs. Companies who do not leverage modern solutions to industry challenges risk getting left behind.

The Simcenter suite together with gPROMS FormulatedProducts offers unrivalled, best-in-class physics capabilities to meet the complex demands of pharmaceutical manufacturing. Tools cover all areas of the value chain, from R&D to scale-up and process optimization. This enables faster drug discovery, new process insight and the integration of data capture across a production line. This can help realize a virtual representation of product and process to achieve optimizations: a comprehensive digital twin.

And the winner is…

Chess is a zero-sum game – there is a winner and a loser. In reality, a win is not necessarily at another’s expense and what defines a win is less black and white. Here, I think anyone who is able to improve processes, accelerate product development, achieve savings and efficiently respond to new challenges in the industry can be a winner.

The shift towards digitalization is already happening. Some virtual methodologies have even been used to entirely validate a process for FDA inspection. This saves companies time, money and improves efficiency. Now is the time to be proactive and embrace the complexity of processes and the benefits which digitalization can bring.

A unified solution from drug discovery to full-scale production

Simcenter and gPROMS offers the complete suite of tools to help manufacturers and companies in the pharmaceutical industry to turn the complexity of the shifting industry landscape into a competitive advantage. With robust physics, modelling and data analysis capabilities all in one package, the opportunity for product and process innovation and optimization has never been greater.

Simulation in the pharmaceutical industry (white paper)
Want to stay up to date on news from Siemens Digital Industries Software? Click here to choose content that's right for you

Surfboard CFD - Riding the Digital Wave July 29, 2022 The flip-flop engineering symposium Monday, December 9, 2019, 7 pm. Sunset Beach Elementary School Cafeteria, Oahu's North Shore, Hawaii. Two…
4 Myths about AI in CFD April 6, 2021 As Artificial Intelligence (AI) has become more ubiquitous in our everyday lives, so too has confusion about what it is…
Model-based design from ICEs to ICUs: Bridging the… November 10, 2021 The events of the past few years have turned global attention towards health and, more specifically, healthcare. From the images…

This article first appeared on the Siemens Digital Industries Software blog at https://blogs.sw.siemens.com/simcenter/simulation-in-pharmaceutical-industry/