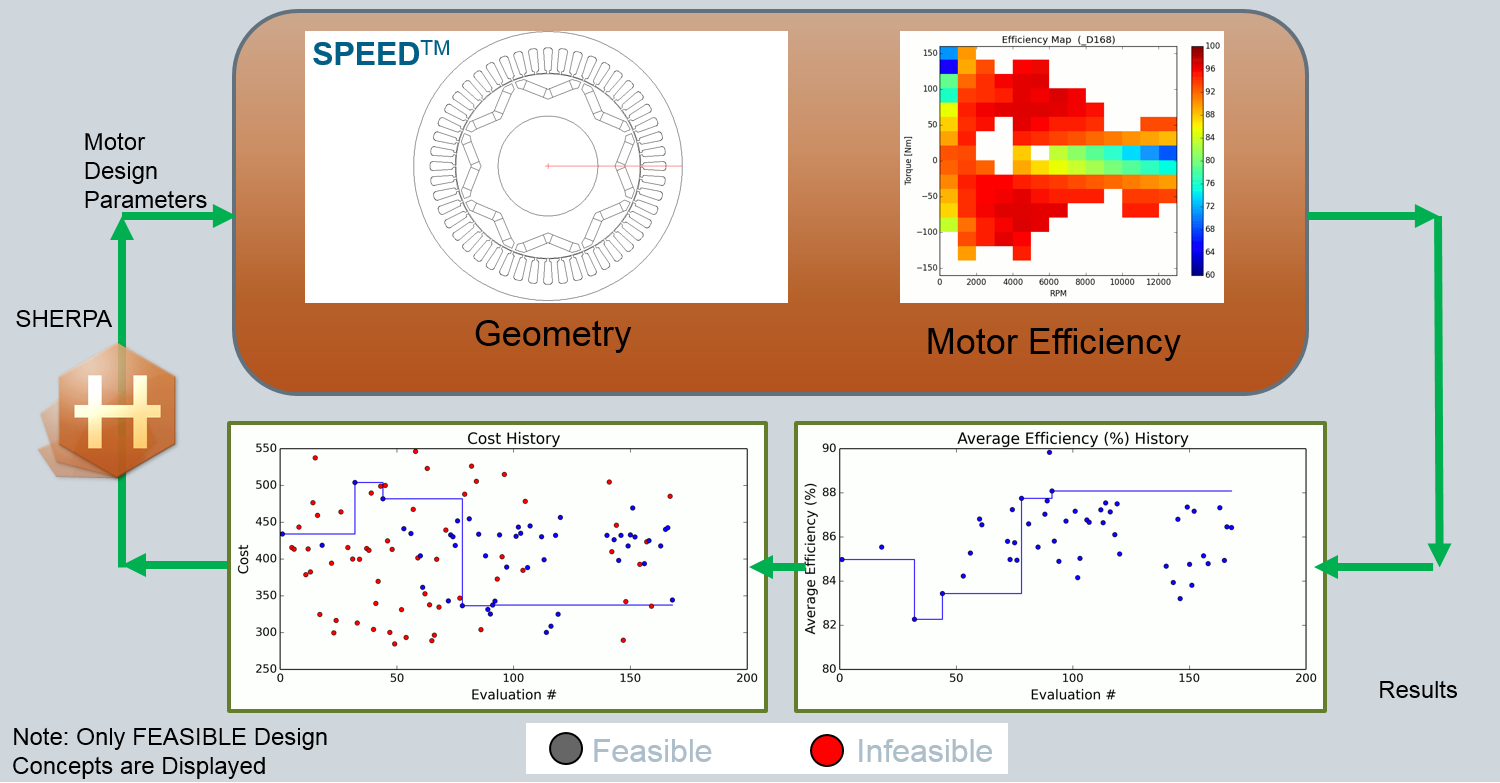 As medias and governments are pushing for ‘Electrification’ as a global hype solution against Global Warming… industry players have to quickly embrace this pushed revolution nobody can ignore anymore to still be part of the game.

For example while combustion engines today performances are the results of several millennia of studies and researches from discovery of fire by first caveman engineer to direct injection combustion engines, Automotive electric engineers need to design electric powertrains reaching equivalent performances based on a mid-17th century experiment by Otto von Guericke.

This development speed, dynamism and those new challenges for electric machine development can only be overcome using extensive CAE simulation. Simcenter SPEED software supports engineers in virtually validating design choices via detailed analytical simulation, quick and smart usage of 2D finite element magneto-static analysis. It includes all necessary theoretical and physical models for a rapid e-machine design with a flexible approach and a seamless interface with links to even more precise and detailed electric machine analysis and simulation such as multi-physics 2D and 3D Finite Element/Finite Volume (FE/FV) magneto-static or magneto-transient, thermal, mechanical or vibro-acoustic.

Simcenter SPEED benefits and features at a glance: User can benefit from pre-defined templates for following machine technologies: In order to improve simulation accuracy, Simcenter SPEED provides links to several general-purpose 2D and 3D electromagnetic finite element solvers such as Simcenter STAR-CCM+ and Simcenter Motorsolve or to Simcenter SPEED dedicated 2D magneto-static program, PC-FEA. These enable modeling and studying of the electric machine more precisely if needed, for example in cases of high saturation, under fault conditions, and non-SPEED template-based geometries.

In general, users can connect Simcenter SPEED with other tools required for the complete electric machine solution using various scripting or programming languages. More specifically, automation makes use of the scripting capabilities as driving Simcenter SPEED on its own or together with other programs such as STAR-CCM+. This automated workflow follows the scripting approach and uses STAR-CCM+ and its multi-physics solvers for electromagnetic, thermal (full 3D conjugate heat transfer) and mechanical stress analysis along with Java scripts to provide and feedback additional information.

Vibro-acoustic can also be studied combining stator and housing subsystem FE models with a surrounding free space BE model in order to assess electric machine sound quality. Objective being to eliminate annoying tonal noise through simulation within Simcenter 3D Acoustics.

What is expected final outcome of such Model Based System Engineering approach? Answer: a support in making best design choice, and by ‘best’ this means optimized feasible choice, again through an efficient and seamless workflow.

As mentioned previously, Simcenter SPEED provides nearly instantaneously results thanks to its analytical approach, which makes it very suitable for Design Space Exploration programs supporting customers with so to speak “What if” studies and optimization runs.

HEEDS is a powerful software package in the Simcenter portfolio that automates this design space exploration process and Simcenter SPEED provides a built-in graphical user interface to access HEEDS. Simcenter SPEED offers a dedicated Simcenter Amesim export capability for the in-built System Simulation models. The export function computes the important e-machine parameters or flux linkage and iron losses data files which are then automatically used by Simcenter Amesim machine models. Outcome for user is the capability to consider electric machine electromagnetic non-linearity in the context of electric machine integration, early in development cycle, as you can see in the following video:

4 Myths about AI in CFD April 6, 2021 As Artificial Intelligence (AI) has become more ubiquitous in our everyday lives, so too has confusion about what it is…
Model-based design from ICEs to ICUs: Bridging the… November 10, 2021 The events of the past few years have turned global attention towards health and, more specifically, healthcare. From the images…
Veering Off Course: Transportation Emissions & The Climate… January 11, 2022 Can significant parts of transport be decarbonized with existing technology? What are the barriers?

This article first appeared on the Siemens Digital Industries Software blog at https://blogs.sw.siemens.com/simcenter/simcenter-speed-rapid-electric-machine-design-software/