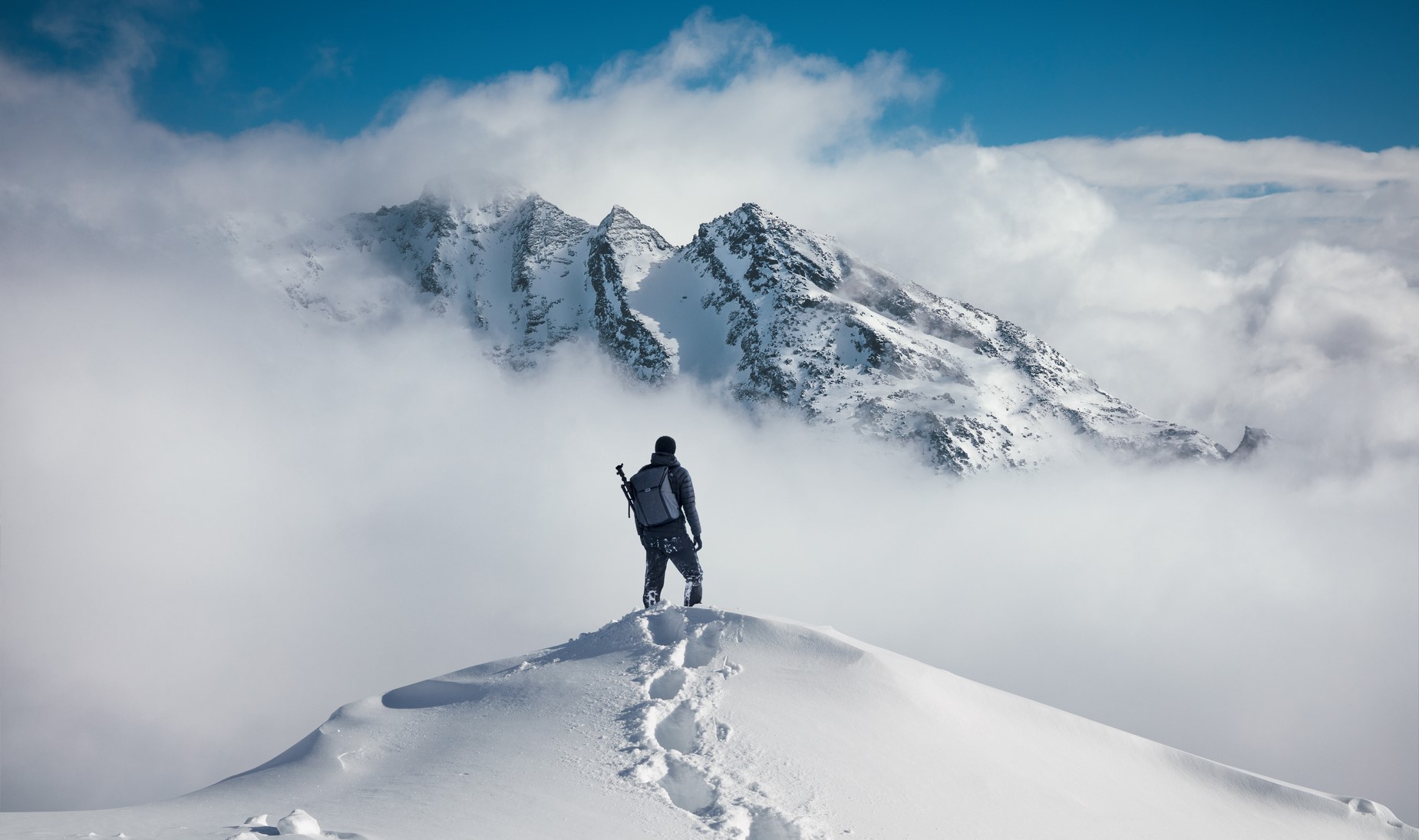 Carry too much stuff and you will end up running out of energy half way through the trip, don’t carry the right stuff and you’ll find yourself sleeping in a sheep carcass or freeze to death.

To die or not to die

For a long time we have been big fans of “Man vs. Wild.”

In case you’ve never heard of it, every episode of the series goes like this: Bear Grylls, ex-special air service regiment trooper and survival instructor is dropped-off alone in some of the toughest and roughest wilderness environments and has to fight his way back into civilization with the things he wears, carries and finds in nature along the trip. On his way out of the wild, he eats weird animals, drinks disgusting stuff, runs through a forest fire, climbs steep cliffs, and – not for the faint-hearted – wraps his urine-soaked T-shirt around his head in the desert and uses the corpse of a sheep as a sleeping bag.

And why on earth do you tell me this? you ask

Well, because we as CAE engineers could learn some interesting lessons from Bear Grylls – a human machine trained to survive even in the roughest climates and conditions, able to move on all terrains, ready to take any challenge the environment poses to him.

Of course Man vs. Wild was an entertainment show, a series of constructed scenarios with a film crew following Bear during his adventures, etc. Many of the scenes were scripted, some stunts were probably practiced and shot a few times. And yet – Bear Grylls is not actually an actor. When it comes to explaining how to survive in the wild, he knows what he’s talking about, he’s for real. And he teaches us one thing:

Carry too much stuff and you will end up running out of energy half way of the trip, don’t carry the right stuff and you’ll find yourself sleeping in a sheep or freeze to death.

A small backpack including a knife, a fire-stone, some rope, a bottle of fresh water and sometimes a sleeping bag (not in the episode with the sheep though)… that’s all that Grylls typically takes with him.

Time to get back to basics

The big buzzwords in today’s engineering world that subsume this concept of traveling light are “cloud” and – in various tastes – SaaS (Software as a Service).

“Cloud” means not owning the IT infrastructure anymore. It means decluttering your IT systems. Cloud means outsourcing hardware, maintenance and administration to focus on your actual business. Cloud means you only pay what you need. Add SaaS or subscription-based licensing and you have become a proper minimalist in the IT world. For us as engineers, cloud and SaaS means traveling light in the harsh and competitive environment of computer-aided engineering.

But we’ve been doing it with our own cluster for decades. We have it under control here. Never change a working system, I hear you say. And what about security? Well, you can continue to think that way but sooner or later that might leave you behind in the wilderness with your big bag of tools.

The thing is, even if you are up for traveling light, and you are ready to migrate your CAE to the cloud, packing that bag of essentials that make the difference between life and death is easier said than done….

Help is here. We at Siemens have decided to become your survival backpacker!

The benefits of running CAE workloads on the cloud are well known. Access an essentially unlimited amount of HPC capacity. You no longer need to queue during busy periods or to choose which projects to devote your resources to. Find yourself unconstrained, able to run more ambitious simulations and explore more of the design space. You can transform that massive, lumbering CAPEX into nimble, manageable OPEX.

But the challenge has always been that configuring a virtual cluster in the cloud and then moving simulations up and down to that cloud environment required expertise and interrupted existing simulation workflows. What do you need to pack in that bag? Which CPUs, L3 cache, interconnects, authentication, storage? Then what about automated workflows, software installation, licensing, and upgrades? How to make sure you are getting the best price performance? Is it secure enough? The list goes on.

So how can you survive alone in the wilderness?

We used the past tense there on purpose. With the 2206 release of Simcenter STAR-CCM+ (that means June 2022 – note the new version numbering), you’ll find that all of the above is taken care of with a new tool called ‘Simcenter Cloud HPC’. This gives you an unbelievably easy way to run your simulations in the cloud, without even thinking about what to pack in the survival bag. See for yourself in the video below.

By working closely with our cloud partners Amazon Web Services (AWS), Simcenter Cloud HPC has been developed to make HPC in the cloud accessible, flexible and scalable. Launching with Simcenter STAR-CCM+, you access Simcenter Cloud HPC directly from the simulation tool, with zero interruption to your existing workflow. The application manages the while process for you, from uploading your data to the cloud, provisioning the cluster, running the simulation and tearing down the environment afterwards and returning your data to the desktop.

During the last few months, we have been trialing the platform and gathering feedback from a range of customers of all sizes and covering a range of industrial applications. Thanks to the valuable testing and feedback received, we are confident in bringing a robust and mature product to market. You can read about Heraeus Noblelight’s experience here. A big thank you goes to all customers who participated in this process and shared their insights.

So Simcenter Cloud HPC does…. everything?

Simcenter Cloud HPC allows you to run your simulations on optimized AWS infrastructure and hardware, configured and managed by Siemens. It’s super easy to move a simulation to the cloud, in fact it takes little as two clicks of the mouse. Monitor the job while running using any device (even your phone), and then download the results back to your local machine for further analysis. Do all of this without leaving your favorite CFD environment, Simcenter STAR-CCM+.

As an all-in-one solution, you pay-as-you-go using Cloud Credits which cover the cost of hardware, software, data transfer and storage – everything. This results in a single cost for each simulation run which greatly simplifies budget management for businesses of all sizes. All you need is a local license for pre- and post-processing.

Two clicks…? I want to know how it really works!

Simcenter Cloud HPC has been developed in close collaboration with AWS and together we have co-authored a white paper on the product’s architecture and security features. If you would like to dive under the hood, have a read.

How do I get started with Simcenter Cloud HPC?

Simcenter Cloud HPC is available in Preview starting June 29th. Any customer on a hybrid-SaaS license agreement for Simcenter STAR-CCM+ is eligible for free Credits to let you try out the service. Look out for more information over the next few days or get in touch with your account representative to find out how to access them.

To learn more about the latest release of Simcenter STAR-CCM+, check out the main release blog.

Into the wild – and back

Survival is not about being fearless. It’s about making a decision, getting on and doing it […].

And now it’s time for you to go into the wild. Your bag is already packed.

And we did not forget the sleeping bag.

4 Myths about AI in CFD April 6, 2021 As Artificial Intelligence (AI) has become more ubiquitous in our everyday lives, so too has confusion about what it is…
Surfboard CFD - Riding the Digital Wave July 29, 2022 The flip-flop engineering symposium Monday, December 9, 2019, 7 pm. Sunset Beach Elementary School Cafeteria, Oahu's North Shore, Hawaii. Two…
10 insights from rocket CFD for a mind-blowing moonshot July 29, 2021 This is your guide to a successful moonshot project - with 10 insights that only rocket CFD (Computational Fluid Dynamics)…

This article first appeared on the Siemens Digital Industries Software blog at https://blogs.sw.siemens.com/simcenter/simcenter-cloud-hpc-launch/