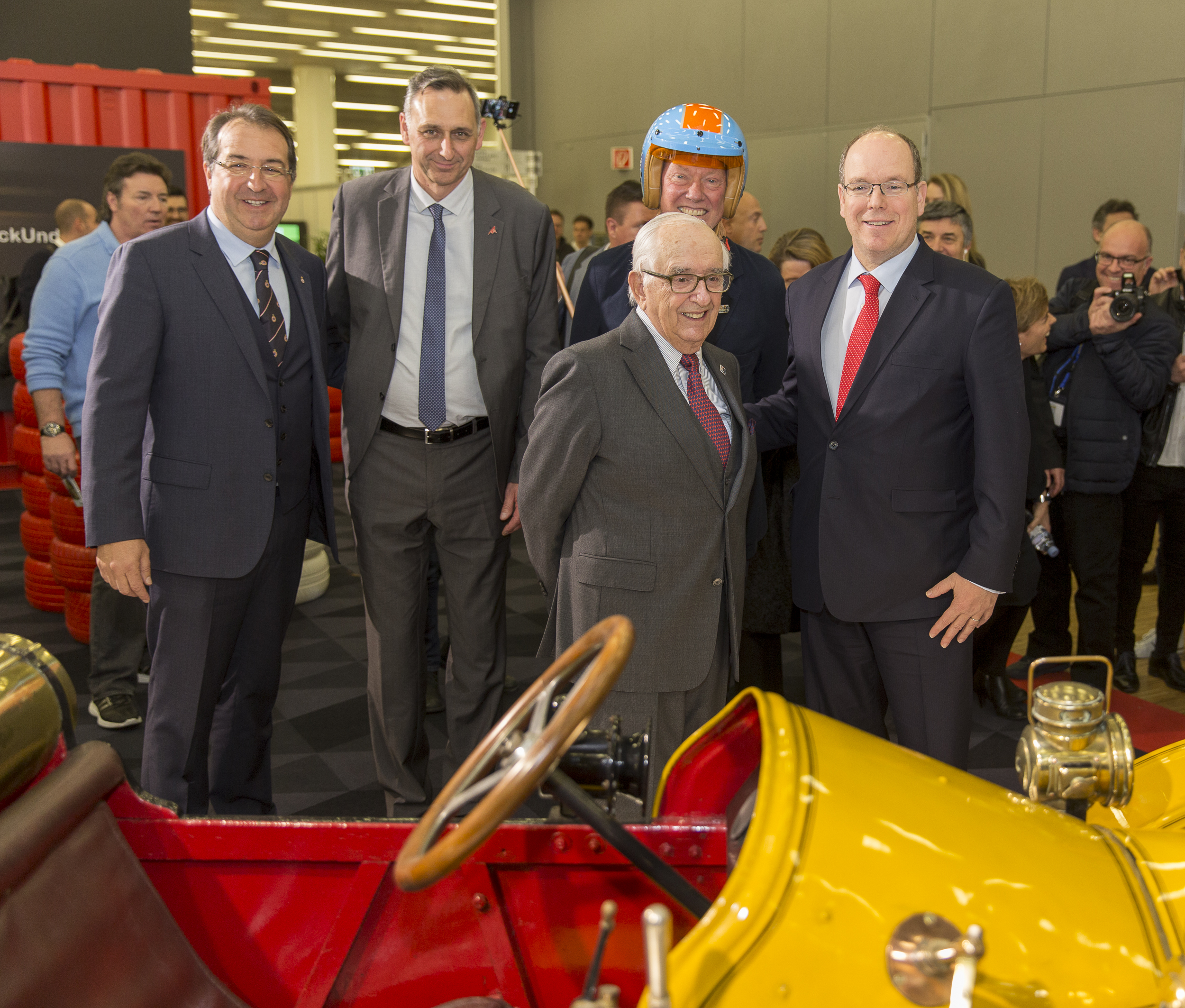 With 180 exhibitors, more than 110 premiered vehicles, 900 car models, and more than 650,000 visitors, one person can’t capture it all, but lucky for you Karen De Meyer whipped up a cool blog about NVH and little film to give you a taste of the highlights featuring some of our Simcenter customers. See if you can get them all:

Before I visited some of my favorites, I popped in to see how our camera crew was doing at the Cronuz unveiling on the Applus+ IDIADA stand.  It was Prashanth Shankara’s first time as a Simcenter interviewer and the guy is a natural on camera. (He’s got a neat blog about the new VR experience in the Simcenter STAR-CCM+ solution that you’ll want to read as well.)

You already know about my favorites at Daimler, but I was also happy to see old friends like Mitsubishi, Honda, and Ford as well as new friends, like the much-awaited, other-worldly Aston Martin Valkyrie AMR Pro, right next to the Aston Martin Red Bull Racing F1 show car. The other-worldly Valkyrie. Only 150 will be produced and, sorry, they are already sold.

That being said CEO Jean-Claude Biver and his team at TAG Heuer, the official watch partner of Aston Martin and Aston Martin Red Bull Racing, put on quite a show on the closing press day. Not only did Jack Heuer, great grandson of the founder and honorary chairman, turn up to tell tales of how he got the now-legendary TAG Heuer Monaco watches into the famous 1971 LeMans film with Steve McQueen, Tag Heuer also announced its new partnership with Aston Martin, and renewed partnerships with Gulf Oil (remember those white striped overalls on Steve McQueen?) and Formula E racing. Taking a look at the “Super” with Jack Heuer, Tag Heuer CEO Jean-Claude Biver (with helmet) and HSH Prince Albert II of Monaco.

The real star of the moment was HSH Prince Albert II of Monaco who generously lent some items from his car collection to the Tag Heuer exhibition. The “Super”, owned by HSH Prince Albert II of Monaco, was on loan from the Monaco Top Cars Collection. This car dates from 1911 and is equipped with a 998cc two-cylinder engine, which could reach a speed of 72 km/h. This two-seater model is probably the only one of its kind still in existence.

We were happy to see Red Bull Racing and Aston Martin together at the press conference. We hope to go behind-the-scenes soon and report on their progress with the Siemens digital twins. Hopefully more about that later.

And, yes, before I forget…the answers to the movie quiz. Did you get them all?


Thanks to the Geneva International Motor Show and Tag Heuer for images and press access.

One thought about “Missed the International Geneva Motor Show this year?”

This article first appeared on the Siemens Digital Industries Software blog at https://blogs.sw.siemens.com/simcenter/missed-the-international-geneva-motor-show-this-year/