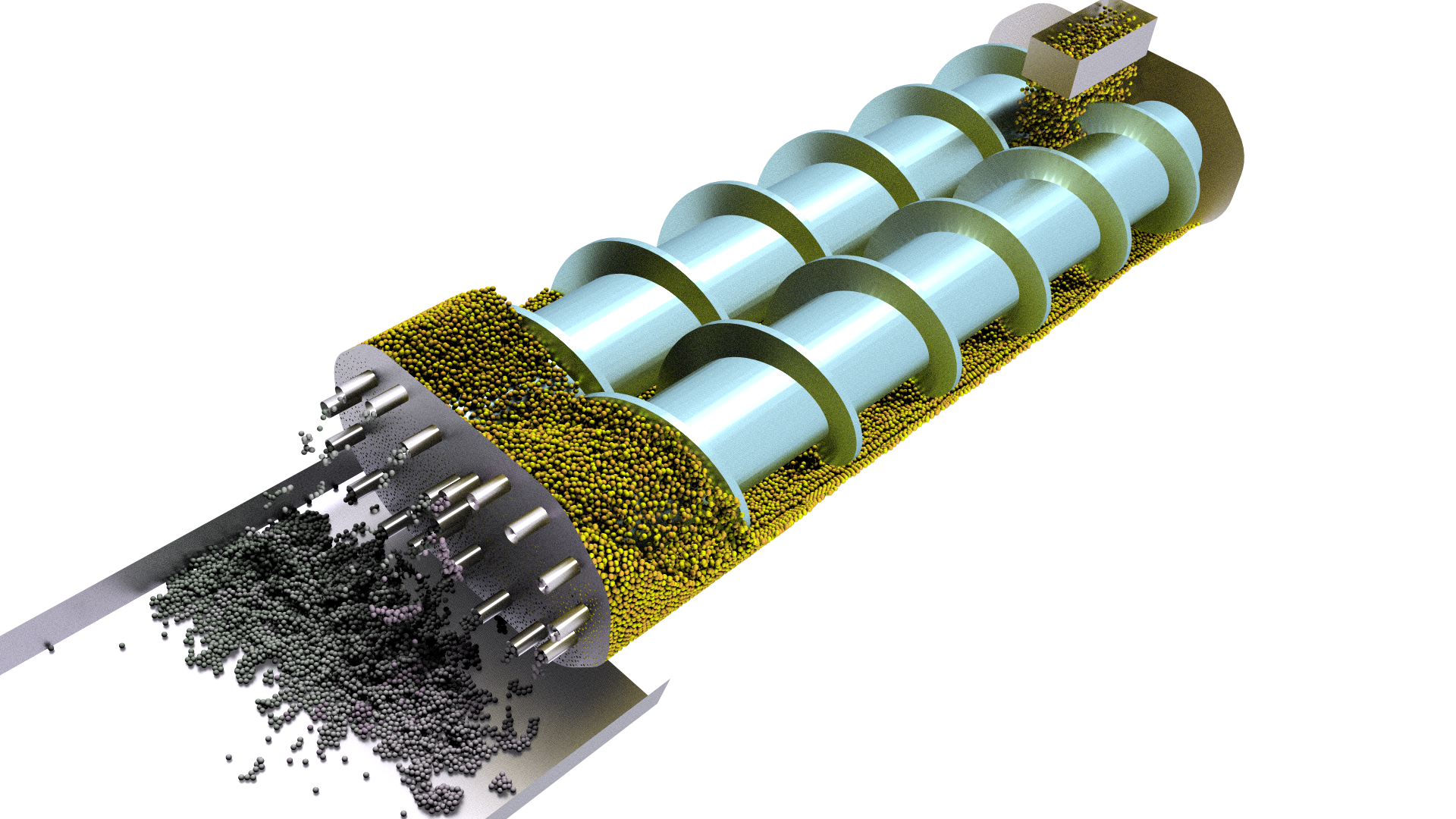 There were only three days left until the departure and two of these days fell on Labor Day weekend. It was immediately clear, speed was the main factor to consider and we needed to get this sorted immediately.

I was at the local clinic, helping my daughter take a COVID test required for traveling across the US-Canada border. She was about to attend her last year of her studies at a Canadian university. For weeks she had been visibly excited to finally go back to university in person. She barely stopped talking about how she was looking forward to it. We knew the rapid antigen test takes only fifteen minutes to get results. Given the tight schedule, it was our first choice as we headed into the clinic.

Who has the choice, has the agony! Or the chance?

The situation made me think about engineering reality. Accuracy and safety, on the one hand, speed and agility on the other. Not just for covid tests, there is a constant trade-off between those attributes. A smart simulation engineer gets to the solutions with the least possible amount of investment, I thought. And no doubt, placing your bet on a method in the trade-off between speed and accuracy is never easy.

But in the first place, what you need is to be given that choice at all. And while it did not look so promising on the COVID test side at that moment, I realized how great it is to have choices in the engineering simulation world.

While we were waiting to talk to somebody from the clinic on our alternative options, I thought about the power of choices and of one of the simulation models I had recently been working on. It was about designing an excavator bucket.

Cases like this one often require a computationally expensive Discrete Element Method (DEM) to model the bulk flow of different types of rocks or soil that interact with the moving bucket. To perform systematic design space exploration and filter out several best design candidates, it makes sense to use the computational method that favors the speed factor (speed factor! reminds you of something?). So the first thing to speed up things is, that the engineer starts to wonder: where can we approximate, what level of detail do we need to still have sufficient confidence to improve the product?

In this particular case – like in many bulk material problems – the core simulation question is: do we really need to take into account the effect of the airflow when solving this bulk problem?

If the answer is yes Simcenter STAR-CCM+ has you covered for a long time, with two-way coupling between fluid dynamics and bulk flow simulation. This is a high-fidelity approach that is comparably costly but allows you to precisely predict drag force-influenced phenomena.

If the answer is no – and it’s a fair assumption to neglect the effect of air drag on the motion of particles – like in the moving bucket, you will now run such simulations faster than ever without compromising on accuracy. This idea is at the core of the new Meshfree Discrete Element Method (DEM) workflow in Simcenter STAR-CCM+ 2021.3.

What is the Discrete Element Method (DEM)

But first things first. What is the Discrete Element Method (DEM)? It is a simulation method used for modeling granular flows. It involves tracking either individual solid particles or discrete parcels that each represent many unresolved particles ensuring a valid statistical representation of the bulk behavior and particle interaction. The method accurately resolves collisions between particles or parcels. The properties of solid particles, including friction, stiffness, and particle shape, define the outcome of collisions and bulk properties of granular flow.

Simcenter STAR-CCM+ is the first and only commercial engineering simulation tool with DEM capability fully integrated into a mesh-based modeling environment. This integration of DEM modeling into the CFD workflow is very beneficial when both particles and ambient fluid are the essential components of the simulated process.

And yet, there are many examples where engineers can neglect the fluid impact on particles and vice versa without compromising the accuracy of simulation predictions in a relevant manner. That is when simulating the fluid motion along with the bulk becomes nothing but a waste of resources.

Recently, meshfree methods have emerged into a new class of computational methods with considerable success. The first thing to realize Meshfree DEM does not require a volume mesh. Therefore, it has great potential to reduce the time for setting up the model. On top, in many cases, the method provides a reasonably accurate solution, yet way faster.

With Simcenter STAR-CCM+ 2021.3 we now offer a new option to run DEM simulation in meshfree mode. The new DEM workflow no longer requires geometries to be watertight. And it also no longer requires you to generate volume meshes. This can significantly reduce the engineering time needed to set up and run the simulation of particle flows, resulting in major productivity gains. In addition, the absence of volume mesh reduces the computational cost of simulating the complex motion of geometry parts, which in existing mesh-based implementation requires using computationally expensive overset mesh technology.

You can use the new meshfree workflow for any application where you can either neglect or account for the coupling between particle flow and fluid flow implicitly. For example, the airflow does not significantly affect dense solid materials like rocks, soil, ores, etc., in many applications in mining, construction, or agricultural equipment and process industries. This makes these applications the perfect candidates using Meshfree DEM workflow.

Meshfree DEM of an Excavator Bucket

Here, I show the example of simulating a moving excavator bucket interacting with soil. The soil is modeled with spherical coarse-grained DEM parcels with a particle-particle rolling friction model used to partially account for the effect of particle shape.

Animations generated from two simulations, one using mesh-based DEM workflow (left), another using new Meshfree DEM workflow (right), show the same solution. This is because all the particle properties and DEM physics model parameters are the same in both simulations. Both cases were run using Simcenter STAR-CCM+ 2021.3 on the same engineering desktop in parallel on 16 cores.

The two big differences between the simulations are: (1) The amount of engineering time spent on setting up the model; (2) The total solver elapsed time. While it took me more than 1 hour to set and tune the mesh-based case, setting up the model using the meshfree workflow took me only 10 minutes. I did not have to spend time on volume meshing or tuning solver parameters.

The performance benefit is also significant. The Meshfree DEM approach for this case resulted in 4.3x faster computation compared to the mesh-based approach. The plot below shows the comparison of Solver Elapsed Time per Time Step data for both simulations.

Meshfree DEM of a twin extruder

We tested the new Meshfree DEM model for simulating the flow of granular material in a co-rotating twin extruder. We set up and completed a mesh-based simulation. This one is more complex compared to the previous example. It involves two moving overset regions, one background static region, and three overset interfaces.

For the same reasons as in the previous example, it was time-consuming to arrive at the mesh configuration, solver, and model parameters that provide an acceptable stable solution for particle flow, while with the meshfree approach the solution was obtained at the first attempt of executing the simulation. The meshfree simulation for this case is 5.5x faster compared to mesh-based simulation.

One of the important aspects of the new meshfree workflow is the ability to use the same wide variety of particle types, DEM contact models, and Lagrangian postprocessing tools available in the mesh-based approach. To illustrate this point I built the new twin extrusion model with a simpler geometry created using 3D-CAD capabilities of Simcenter STAR-CCM+ and used a variety of physics models to account for the cohesive forces between particles. The process of setting up the model and completing the simulation on 16 cores workstation took about 3 hours.

In this example, the cohesion between particles is increasing from zero as particles are getting closer to the extruder outlet. Thus it is reproducing important aspects of wet or melt granulation. The material exiting from the extruder has the highest cohesion strength between particles that passed the same opening in the outlet, reproducing the aspects of “dry” granulation under high pressure.

Back at the local clinic, the blood pressure dropped. Luckily, it turned out that the same clinic was offering acceptable Polymerase chain reaction tests that rely on complex laboratory procedures. In relief, I appreciated the benefit of multiple covid test types offered in one location. That day I learned a lot about a variety of testing methods, their differences, and the benefit of choice. Being able to choose the best solution for our particular problem without having to go to several places was a clear advantage.

Similarly, many design engineers also massively benefit from the ability to pick the best simulation method from a variety of options for their particular engineering challenge, their expectation in terms of accuracy and time to solution, yet using one single software. With Simcenter STAR-CCM+ 2021.3 we extended the breadth of choices for bulk material simulations with Meshfree DEM. A method that significantly reduces the time to set up particle flow simulation in cases without explicit coupling to CFD. Geometry preparation and volume meshing are not part of the meshfree workflow which also reduces the opportunity for set-up error. Meshfree DEM simulation with the complex motion of geometry parts runs on average 5x faster compared to the equivalent simulation using mesh-based workflow. And if the fluid impact becomes a relevant factor, we got you covered with a coupled mesh-based approach.

Read more about all top new features of Simcenter STAR-CCM+ 2021.3

My daughter got her test results within two days, still in time before the flight. Meanwhile, she happily arrived in Toronto, Canada, and settled in her dorm. Triggered by our joint experience at the clinic I decided to run a hypothetical simulation of viruses interacting with the cell membrane. This also turned out to be a good opportunity to find out how Meshfree DEM could be used with solid stress analysis. And while it may not yet be ready to help to fight the pandemic it definitely shortens the time waiting for my daughter to come back home for holidays and study breaks.

4 Myths about AI in CFD April 6, 2021 As Artificial Intelligence (AI) has become more ubiquitous in our everyday lives, so too has confusion about what it is…
Surfboard CFD - Riding the Digital Wave July 29, 2022 The flip-flop engineering symposium Monday, December 9, 2019, 7 pm. Sunset Beach Elementary School Cafeteria, Oahu's North Shore, Hawaii. Two…
Model-based design from ICEs to ICUs: Bridging the… November 10, 2021 The events of the past few years have turned global attention towards health and, more specifically, healthcare. From the images…
This article first appeared on the Siemens Digital Industries Software blog at https://blogs.sw.siemens.com/simcenter/meshfree-dem-pragmatic-engineering/