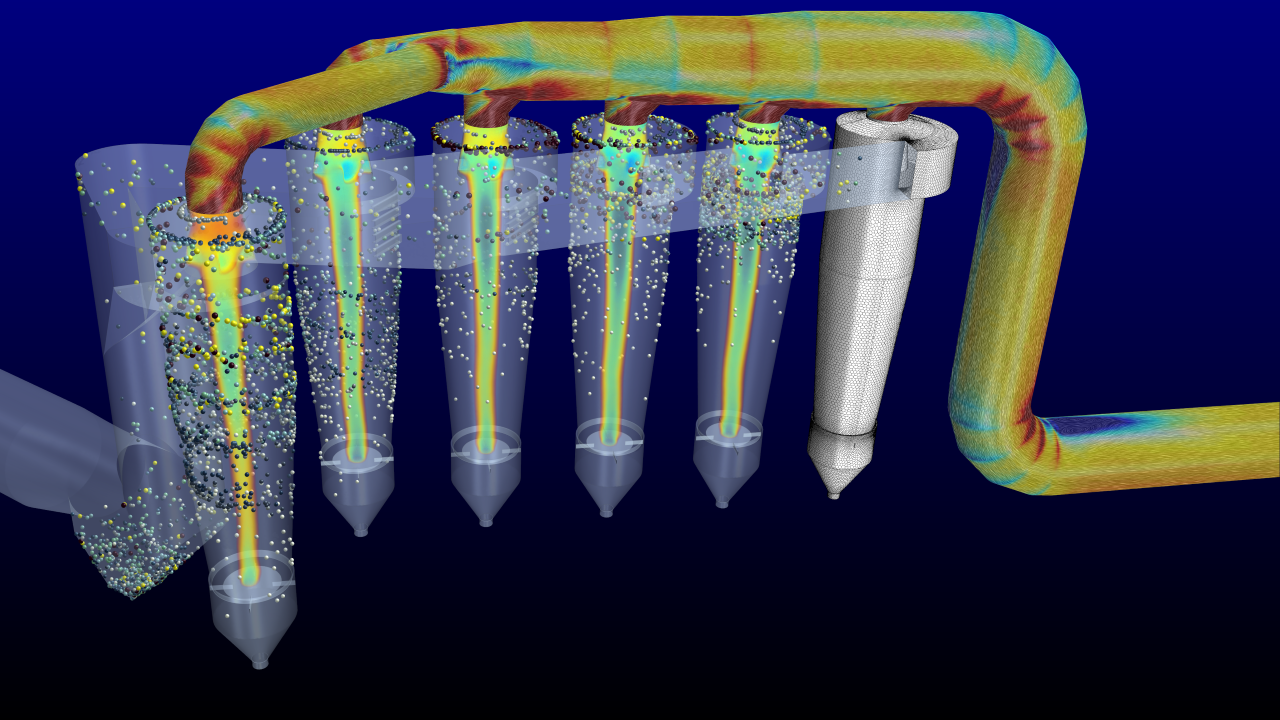 Some of the most significant discoveries in the 19th and 20th centuries pointed to very similar observations in numerous fields: every quantity that appeared to be continuous was discovered to be discrete. Light consists of photons; matter is comprised of atomic and sub-atomic particles; the energy levels of electrons consists of quantas; digital information flows in bits; and even hereditary information is transferred in smaller discrete units called genes. Most scientific efforts revolved around building the nature of reality from such discrete elements and their transport. Developing fundamental models for discrete behavior provided the necessary understanding and tools to recreate the apparent continuity in the observable phenomenon. Particulate materials—consisting of such discrete units or elements—are very common in the chemical and process industry. While designing or troubleshooting equipment, an understanding of the bulk behavior of particles is needed. Such reality can be built by using models based on the fundamental behavior of particles. Joseph-Louis Lagrange gave us the framework of looking at flow from a different frame of reference, which was essential in the development of solutions of such discrete flows.

Of course, numerous other scientists contributed by including complex physical behaviors such as momentum, mass and energy transfer with surrounding fluid, friction, collision, drag, wetting and cohesion with other particles as well as erosion, and abrasion or boundaries. Deriving from the basis of molecular dynamics, the discrete element method (DEM) has made several advances in recent years to emerge as a prominent numerical analysis method of industrial equipment. An integrated environment. Traditionally, designing particulate processes involved thumb rules and expensive experimentation, leading to processes that were not fully optimized for maximum life, distribution and efficiency at a low-energy usage and cost. A solution has been developed that is the first to have full integration of flow and particulate modeling from within a single integrated environment. For lean particle flows, Lagrangian modeling methods are available in STAR-CCM+ software from Siemens, while the Discrete Element Model (DEM) handles denser flows.

Process engineers can now use a single tool to simulate realistic, non-spherical particle shapes of varying sizes, accurately model particle motion and contact, utilize compatibility with other advanced physics models and reduce expensive testing, all with a single license and from a single graphic user interface (GUI). The Lagrangian particle model (LMP) solves discrete phase trajectories through a continua for low-particle volume fractions predicting the turbulence effect on dispersion where contact mechanics are not important. The DEM, on the other hand, accounts for collisions, cohesion, adhesion, custom contacts, particle shapes, granular flow properties and particle-particle interactions. Depending on application and modeling needs, a one-stop tool is now available to better understand particulate flows.

Many companies are deploying this unique capability and reaping the rewards, including:

• Coal Milling Projects (CMP): In partnership with Aerotherm, CMP recently maximized the throughput of pulverized coal to their burners while reducing pressure drop using simulation. The lower operating cost of the resulting fan design and the reduced wear from the particles (FIG. 2) resulted in a 21% average throughput improvement and an increase in maximum throughput from 22 tph to 30 tph. With this, CMP improved the existing design, resulting in improved mill product output, lowered fan resistances, reduced internal wear and air heater leakages, and lower power consumption.

• ArcelorMittal: In partnership with Aerotherm, ArcelorMittal reduced erosion by 30% in particle separators in its steel plant. By using the DEM technology to create a digital twin of the ash extraction unit in a steel plant, the location and severity of erosion were accurately predicted and the design was modified. These examples show the benefits of a coupled DEM-CFD and/or the Lagrangian approach to designing particulate flow processes. Taking this one step further, the in-built Design Manager in STAR-CCM+ and design exploration tool HEEDS software help engineers use intelligent search algorithms to automatically explore the design space and determine better process designs and solutions more quickly. With such tools available, there has never been a better time to be a process engineer.

4 Myths about AI in CFD April 6, 2021 As Artificial Intelligence (AI) has become more ubiquitous in our everyday lives, so too has confusion about what it is…
Model-based design from ICEs to ICUs: Bridging the… November 10, 2021 The events of the past few years have turned global attention towards health and, more specifically, healthcare. From the images…
Keeping the lights on in a Climate Emergency December 1, 2021 In the midst of climate emergency 63% of our electricity still comes from burning carbon dioxide belching fossil fuels, that…
This article first appeared on the Siemens Digital Industries Software blog at https://blogs.sw.siemens.com/simcenter/process-engineers-discrete-entities-and-the-nature-of-reality/