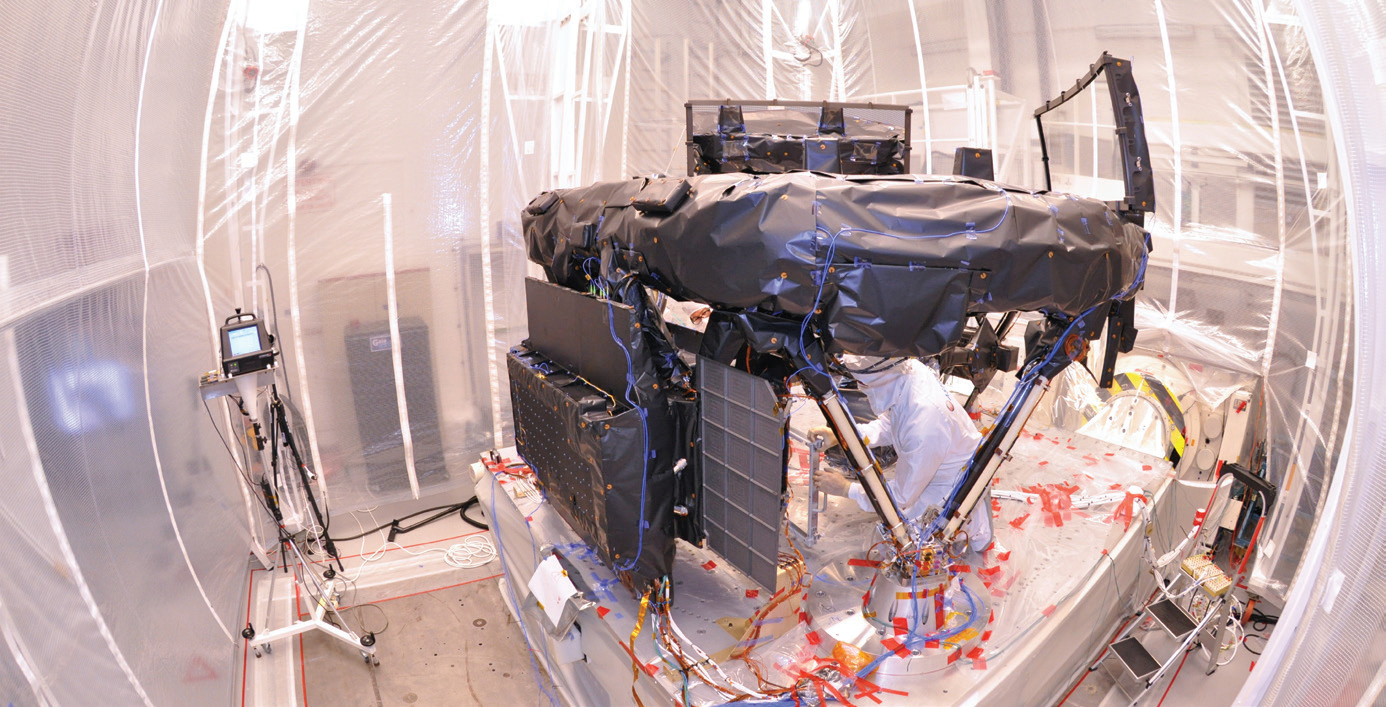 Last October, when I told my 8-year old son that I was going to France to visit a satellite testing facility, I could see the envy in his eyes. For many of us, young and old, space exploration and space launch are fascinating topics. This was for me a unique opportunity to see the place where space engineers assemble and test the earth orbiters.

The visit to the test center’s facilities of Airbus Defence and Space in Toulouse, France, was worth the trip alone. Indeed, the corridors in the meeting area have large windows that allow a peek into the mechanical test center and other testing rooms. There, even from a distance, the large climatic chambers and the big shaker tables look impressive. Additionally, Paul-Eric Dupuis, head of environmental test programs & R&D at Airbus Defence and Space, was kind enough to lead a very insightful short guided tour.

Formerly a company named Intespace, the test center has merged fully into the Defence and Space division of Airbus. Having seen the state-of-the-art equipment and premises on the Toulouse site, I can easily imagine some of the rationales behind this integration. Notwithstanding, the dedication of the engineering team to its customers worldwide remains unchanged. A brief discussion with Paul-Eric Dupuis and Carine Pont, the Mechanical Test Manager, will rapidly convince you about that fact.

Watch the video below.

You can also read the full article here.

4 Myths about AI in CFD April 6, 2021 As Artificial Intelligence (AI) has become more ubiquitous in our everyday lives, so too has confusion about what it is…
Surfboard CFD - Riding the Digital Wave July 29, 2022 The flip-flop engineering symposium Monday, December 9, 2019, 7 pm. Sunset Beach Elementary School Cafeteria, Oahu's North Shore, Hawaii. Two…
Model-based design from ICEs to ICUs: Bridging the… November 10, 2021 The events of the past few years have turned global attention towards health and, more specifically, healthcare. From the images…
This article first appeared on the Siemens Digital Industries Software blog at https://blogs.sw.siemens.com/simcenter/make-priceless-space-payloads-ready-for-launch-in-less-time/