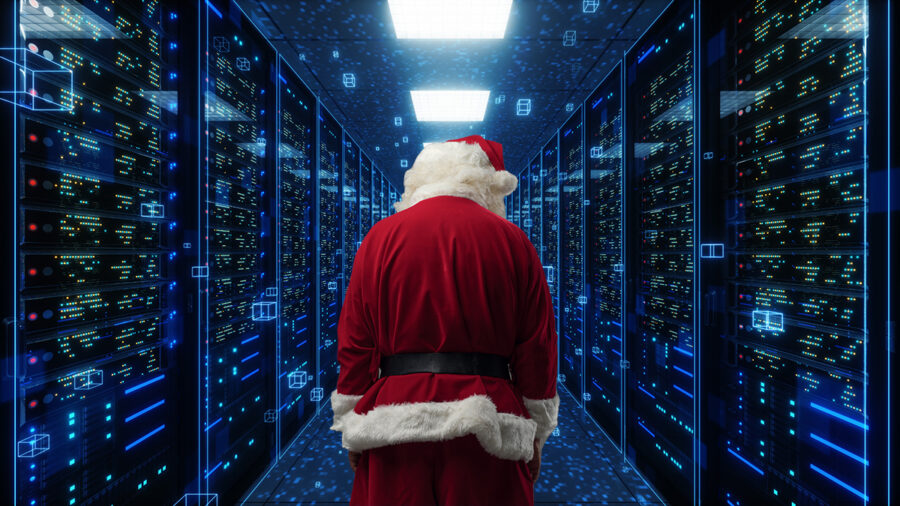 Christmas is a hard task for Santa Claus, especially for this year!

Christmas is always a grueling task for Santa Claus and his elves since they have hundreds of tasks to manage simultaneously. There’s also this hard deadline of Christmas eve which surely cannot be missed! It’s a lot of pressure which people rarely stop to consider. Everyone is anticipating opening their presents, having a good time with their family and enjoying moments around the marvelously decorated tree.

Santa Claus however, is left to worry about his responsibilities. Whilst keeping all his challenges in check, new difficulties appear every day, requiring strong and creative planning skills. All this, just to ensure that everyone will be happy for a few blissful hours!

Why did Santa Claus take it upon himself to make everyone happy?

How hard is it to get the deliveries done on time?

2021 was a nightmare for Santa Claus

Do you know why Santa Claus says “Ho-ho-ho”? When he’s putting the presents under your Christmas tree, you may hear just these 3 words, then he will disappear. It’s a deep chuckling sound that comes from his belly, his way of expressing his happiness and joy!

However, 2021 was a really tough year so I’m not sure we’ll be hearing “Ho-ho-ho”. Perhaps more of an “Argh-argh-argh” to express his frustration. Or “Aah-aah-aaaah” with relief, thinking about settling down in his comfy chair after a hard day at work. Perhaps even dipping his feet in a cool creek after a long hike to distribute all the presents worldwide.

Here is the story of how digitalization with Simcenter Amesim helped Santa Claus to succeed on time. Many digital twins were used at every step of the process for the global supply chain, from taking the orders from the children worldwide, up to the final delivery in each chimney flue.

First, please save the moose! Rules for avoiding animals crossing the road

On the roads in Lapland, large animals are a big part of life. Moose jump over cars. Antlered reindeer spring out of the woods without warning. So it becomes quite dangerous to drive in such conditions. As a driver, what should you do? Should you emergency stop? Well, Santa Claus has the answer: you should avoid them, not only because they deserve it, but because he needs them to pull the sleigh! So Santa Claus spent time to optimize the controls logics for the ABS/ESP in case of emergency braking, and here are the results:

In an outpouring of generosity, Santa Claus offered his non-patented control algorithm to all car manufacturers worldwide, just to save the moose, the reindeers and also the bears (there’s no restriction on the type of animal, it’s optimized with Simcenter Amesim)!

This was his first gift of the year, even before he began his Christmas gift-giving tour. Well done Santa Claus!  You’re in control and bringing even more happiness to the world!

When receiving the emails and wish lists from children all over the world, Santa Claus had to cope with an unusual issue: the huge data centers where millions of emails were received and stored were heating up due to global warming!

The risk of failure (or worst, fire) would be a catastrophe with the possible loss of the wish lists. Santa Claus’s reputation was in danger. His only choice was to invest this year in cooling his data centers.

Santa used System Simulation to take advantage of the 1D approach (fast cpu-time, transient behaviors, controls, predictive physics). 🎯 With Simcenter Amesim, the real-time hydraulic 💦 and thermal performance 🔥 at the component and system level could be investigated to get the best sizing of the components, avoid outages, and preserve safety.

2. Santa Claus modernizes his factory to keep the pace up

As the work was increasingly building up, Santa Claus had to use digital twins for optimizing the process. For example, he now uses some delta picker robots for packaging the chocolates and the candies that go out with the gifts.

He improved the management of his warehouses with AGVs/AMRs (“Automated Guides Vehicles” / “Autonomous Mobile Robots”) to collect the presents and prepare the orders in a fully automated way.

Santa Claus was able to connect Simcenter Amesim for the dynamic behaviors of the autonomous systems with Simcenter Prescan to represent a digital twin of the 3D environment and all relevant sensors. Or with Simcenter Amesim Automation Connect and PLCSIM Advanced when it goes to virtual commissioning with PLCs.

Santa Claus faced another challenge this year. Inflation has increased as the economy recovers from the coronavirus pandemic, pushing up prices on goods such as wooden toys, dolls and model cars. In December, the prices rose more than expected, nearly hitting a 30-year high, according to the latest data from the Bureau of Labor Statistics. So the budget had to be increased to buy all his gifts.

On top of that, the high-performing elves requested salary increases. So Santa Claus had no choice but to convert his sleigh and reindeer into robots. In fact, it worked out to be more economical! You just program the path to follow and the robot reindeer self-drive the sleigh to the selected GPS location.

Santa Claus is sleighing it, he actually got his inspiration from someone else!  “Ho-ho-ho, it reminds me something”, said Santa Claus.

5. Optimize sea routes for the ships

But this is not the end. Disruption to shipping could delay Christmas orders. Indeed, the disruption in the global container shipping industry shows no sign of being resolved quickly and could lead to shortages in the run-up to Christmas, according to industry experts. There are acute congestions in many ports worldwide. As a result, shipments have been delayed, exacerbating tensions within global supply chains.

In a last-minute change of plan, Santa Claus decided to divert the vessels away and to optimize the sea routes.

He was able to reduce the travel duration, as well to reduce the total fuel consumption of the ships at the same time. It’s a win-win situation to be ready for the Christmas period.

Another side-effect of global warming is the lack of snow in many regions worldwide. So Santa Claus had to adapt, again. The last-mile delivery is now done remotely by the elves. They assist Santa Claus piloting the drones with joysticks to deliver the gifts to the right location.

It’s true that delivering parcels through the chimney flue is really more challenging with quadcopters, so they decided to drop off the gifts directly on the ground. It’s less charming this way, but definitively less risky!

No. 3 – A nice gift for children, the famous wooden labyrinth

It’s amazing. The children just need to challenge themselves to maneuver the steel ball through the maze without it falling through the holes. This classic game will provide fun for the whole family.

This wood labyrinth is one of those games that many will recognize from their childhood, and it hasn’t changed a bit. It’s classic wood styling, children turn the knobs to make their way through the maze.

No. 2 – A healthy present for athletes, a new Garmin watch!

This is a modern AI-based Digital Health application using Neural Networks. You can just go for a run and this Garmin running watch will track your GPS and body performance data (elevation, pace, heart rate, run cadence, etc). You can then import this data to create a neural network with some tracks used for training and others for validation.

Finally you can get a fitness monitoring device to execute any scenario of your choice in few seconds (instead of running for hours!). See the impact on the 5 heart rate zones (from “very light” in grey to “maximum” in red) to identify the training benefits. It provides an easy way to find out the best track to really increase your health. Depending on whether you want to focus on losing weight, improving fitness or maximizing performance.

No. 1 – The Ultimate present … save the world with Green Hydrogen!

And for the adults, Santa Claus offers Green hydrogen production to save the world! Which is indeed a nice present! It really makes sense, it’s fully relevant and a great idea, Santa Claus! What a clever choice!

Well, let’s offer you something in return for the great job you’ve done! You deserve a gift for once. What a great achievement! “Ho-ho-ho”, Santa Claus says, happy once again!

4 Myths about AI in CFD April 6, 2021 As Artificial Intelligence (AI) has become more ubiquitous in our everyday lives, so too has confusion about what it is…
Model-based design from ICEs to ICUs: Bridging the… November 10, 2021 The events of the past few years have turned global attention towards health and, more specifically, healthcare. From the images…
Apollo 13: The First Digital Twin April 14, 2020 The behind the scenes story of how NASA used Digital Twin technology to bring a crippled spaceship safely home.