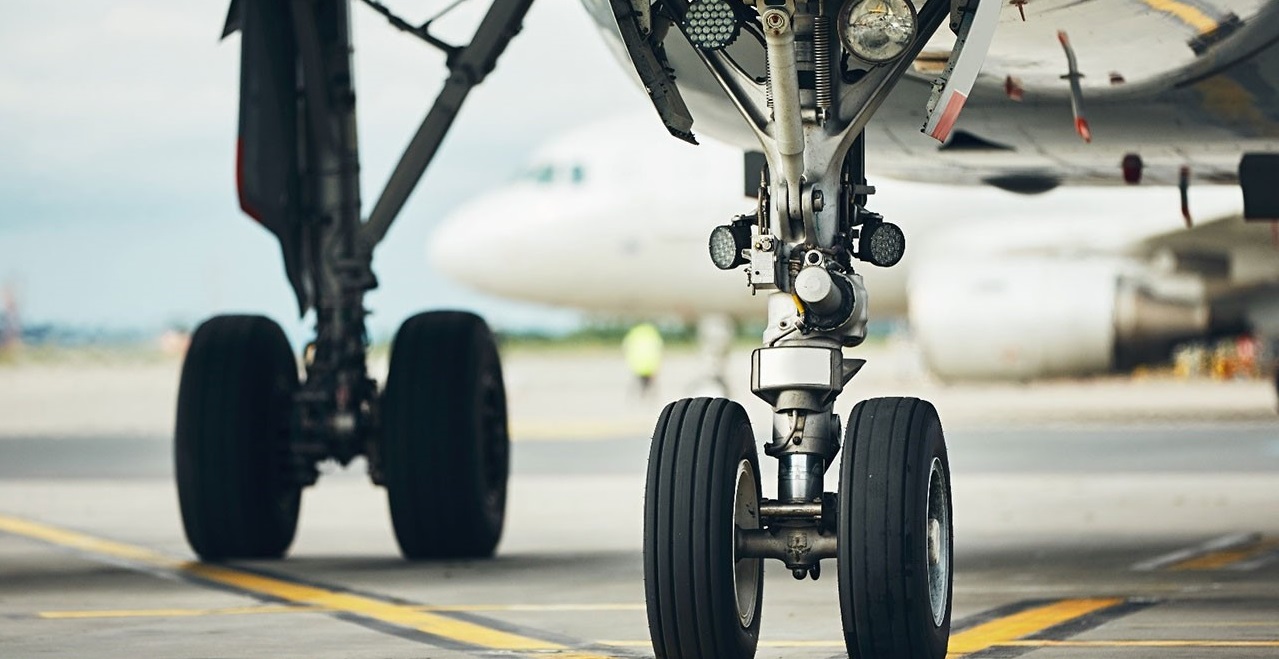 When you sip from your cappuccino and look out on the tarmac from your favorite airport café it’s hard to imagine that those aircraft slowly taxiing, and gliding do that with a highly optimized piece of equipment developed through an extremely elaborate engineering process: the landing gear. A safe, robust and reliable landing gear is among the most vital parts of an aircraft. Because, just as a bird, a plane could never survive without strong legs when settling down on the ground.

The design of a landing gear starts very early in the development process. Critical decisions such as landing gear arrangement, positioning & ground clearance all have a major impact on ground maneuvering and take-off capabilities. For each configuration, loadings must be calculated to determine the best strategy to pass these loads to the fuselage. This is not a trivial exercise. Take for instance the A350, where Airbus had to adopt a new landing gear attachment philosophy to allow for a better distribution of the loads on the composite wing structure. Simulation is an invaluable tool to perform both system and mechanical design trade-offs.

Frontloading accurate loads not only helps aircraft manufacturers reach a decision on the fuselage structure and attachment locations, it also gives the landing gear manufacturer the necessary data to design a system that is strong enough to support the maximum landing weight. At this point we are optimizing a truly mechatronic system with a shock absorber, retraction/extension actuator with controls, a brake system with anti-skid and brake to vacate capabilities. Simulation models created early in design can be re-used and scaled up for detailed design.

The landing gear is now ready for the ultimate test: a controlled drop in a test rig to ensure that the system will survive the harshest of landings. The extracted performance data is used to correlate and update the virtual landing gear model. Consequently, the updated landing gear model provides more accurate loading data on the fuselage and wing that can help to validate full aircraft behavior.

These validated simulation models serve extremely well during in-service, where the models are used to analyze hard landings and decide if an aircraft is “good to go” or should remain grounded for further inspections.

In this case, simulation is an invaluable resource to analyze the implications of modifications in the virtual world before committing to prototype.

Interested in learning how a combined 3D and system simulation approach can help you develop the right landing gear for your aircraft and its complete mission. Watch the on-demand webinar where we go in detail on how to design safe and reliable landing gear ready for future aircraft configurations.

4 Myths about AI in CFD April 6, 2021 As Artificial Intelligence (AI) has become more ubiquitous in our everyday lives, so too has confusion about what it is…
Model-based design from ICEs to ICUs: Bridging the… November 10, 2021 The events of the past few years have turned global attention towards health and, more specifically, healthcare. From the images…
Surfboard CFD - Riding the Digital Wave July 29, 2022 The flip-flop engineering symposium Monday, December 9, 2019, 7 pm. Sunset Beach Elementary School Cafeteria, Oahu's North Shore, Hawaii. Two…
This article first appeared on the Siemens Digital Industries Software blog at https://blogs.sw.siemens.com/simcenter/design-safe-and-reliable-landing-gear-ready-for-future-aircraft-configurations/