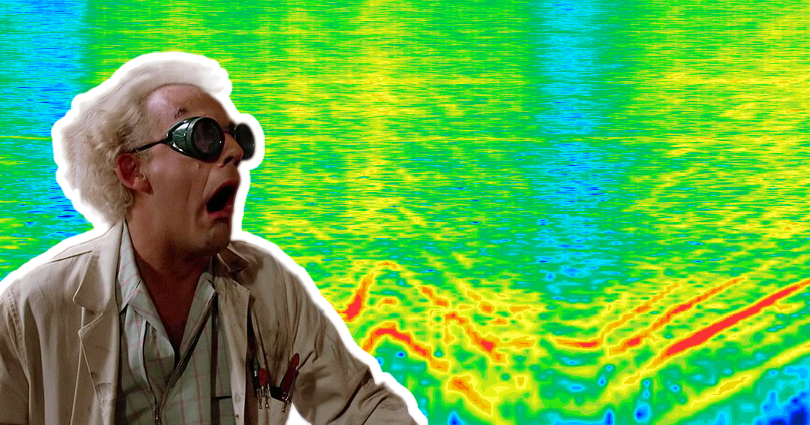 Back to the Future Day – 21st October

It’s October 21st 2020, and exactly 5 years ago Marty McFly and the Doc travelled to the future using the DeLorean time machine. The movie series was an absolute classic and a childhood staple for many of us. But are you a Back to the Future geek? Here are some interesting facts about the DMC DeLorean to check yourself!

The speedometer on a production DeLorean’s dashboard only went up to 85 mph.

But if you know your BTTF trivia, in order to the travel in time, the car had to be driving at 88 mph, which was, in fact, impossible! The producers solved this small problem by putting a sticker on the dashboard that gave the movie prop vehicle an extra 10 mph push.

If my calculations are correct, when this baby hits 88 miles per hour, you’re gonna see some serious sh*t.

Dr. Emmett Brown, “Back to the Future”

The DeLorean came equipped with a 2.85L PRV V6 engine. With 130 hp under the hood, it was definitely not the sportiest sounding car on the road. This could be one of the reasons, why the movie producers decided to replace the original car sounds in the the final movie with the recordings of a V8 Porshe 928.

Here is a short snippet from the movie, analyzed using the Simcenter Testlab Neo:

And here is an actual DMC DeLorean sound:

Hear that “roar” in the original movie clip? That’s all thanks to the 8 cylinders of the Porsche engine. The colormap shows a significant ammount of order content that contributes to the sportive, if a bit rough sound. If we take a closer look at the colormap for the “real” DeLorean, there are lower orders which are visible in the graph, giving away the fact that our beloved time machine had a little bit of help in the sound quality department.

Would you like to learn more about order analysis? Check out What’s an order?

3. It could have been a fridge

In the early stages of making this movie, picking the DeLorean to become one of the most famous means of time travel was not so obvious. In the early scripts, Doc and Marty were supposed to travel by using either a laser device.. or even a fridge. After settling on a car, there were talks of using a Ford Mustang as the designated 4 wheeler. The producers finally decided on the DeLorean, commenting “Does Doc Brown look like the kind of guy who would drive a Ford Mustang? I’m sorry, no.”

But Back to the Future’s creators were not the only ones finding links between fast cars and refrigerators. Check what Ian Turner, the Lead Aerodynamicist from Williams Advanced Engineering, has to say about his journey from Formula 1 to the world of supermarket cold aile section:

4. It had a short underwater episode

After the bankruptcy of DeLorean Motor Company in 1982, most of the tooling and parts from the Irish factory were bought and shipped back to the US. One important part was missing though, the massive steel stamping dies for the DMC-12’s staple gullwing doors.

They resurfaced (literally) back in 2000, when it turned out that dies were used as anchors for boundary nets at a fish farm in western Ireland.

5. It could have been more aerodynamic

The DeLorean underwent it’s hover conversion somewhere between 1985 and 2015.

But was the shape of the car designed for an optimum aerodynamic performance? Read more about it in the STAR-CCM+ blog on the aerodynamics of a DeLorean.

10 insights from rocket CFD for a mind-blowing moonshot July 29, 2021 This is your guide to a successful moonshot project - with 10 insights that only rocket CFD (Computational Fluid Dynamics)…
4 Myths about AI in CFD April 6, 2021 As Artificial Intelligence (AI) has become more ubiquitous in our everyday lives, so too has confusion about what it is…
Surfboard CFD - Riding the Digital Wave July 29, 2022 The flip-flop engineering symposium Monday, December 9, 2019, 7 pm. Sunset Beach Elementary School Cafeteria, Oahu's North Shore, Hawaii. Two…

This article first appeared on the Siemens Digital Industries Software blog at https://blogs.sw.siemens.com/simcenter/delorean-back-to-the-future/