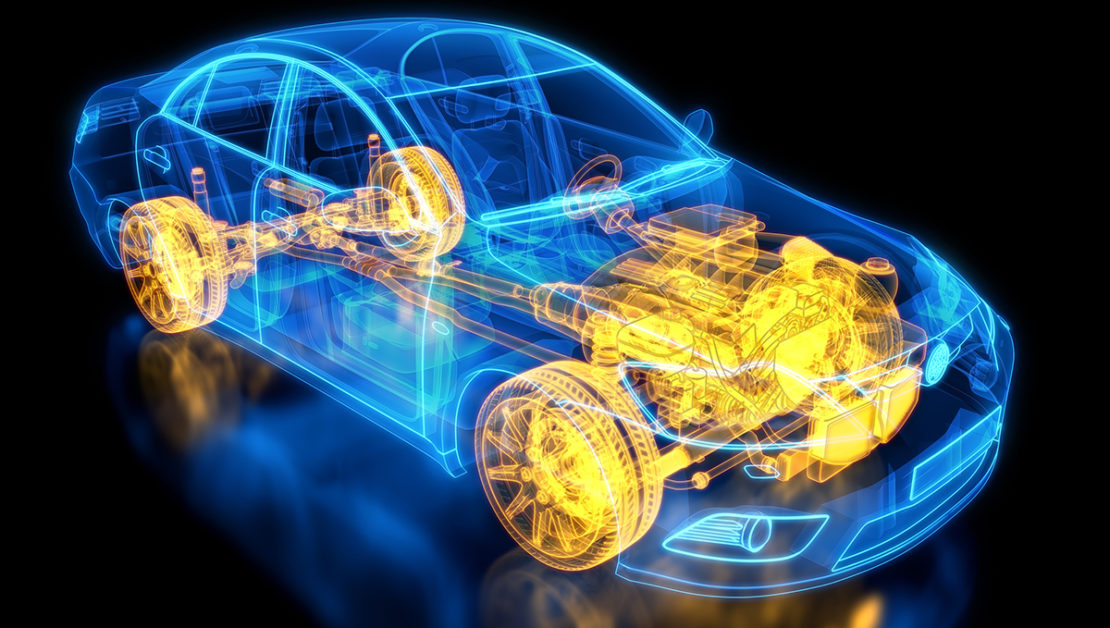 During my commute to work I have to spend quite some time in my car, not only because of the great distance where I live, but also because of the endless traffic jams around Brussels. And during this time, as an engineer, I tend to listen to the sound and vibrations of my car. Although, I drive a good hybrid car, I still notice certain annoying high frequencies, when the car accelerates, or seat vibrations, when it brakes or slows down. When I tried to find out the cause and how it propagates from the source to my ears and body, I realized pretty quickly that this is not so obvious.

For car builders, the challenge of defining the noise and vibration source in a vehicle is of course even greater. Automotive car builders strive to meet the comfort expectations of their customers, while increasing the number of car variants, and working against the clock to bring new models on the market as quickly as possible. Fortunately, there are innovative technologies that help automotive engineers to develop the best cars, despite the pressure to minimize costs and time to market.

One of these technologies is component-based TPA, using same principles as transfer path analysis, grabbing attention of noise & vibration engineers in the automotive industry past years. It is considered as a very promising technology as it helps to predict and asses vibro-acoustic performance upfront, using vehicle virtual prototypes, instead of validating and testing the physical prototypes.

Component-based TPA is a powerful methodology to predict the NVH performance of active components (also referred to as sources) in a virtual vehicle environment. It allows independent source characterization of the active components with blocked forces and enables full-vehicle level NVH predictions by virtually creating vehicle, or system assemblies using Frequency Based Sub-structuring techniques (FBS). These blocked forces  are typically obtained  using TPA techniques on a component test bench or even on a test vehicle. FBS allows coupling numerical substructure models to experimentally obtained models, for example a rigid body model of a HVAC  compressor, FEM models for structural components, such as suspension and experimentally obtained models for mounts and vehicle body. This allows a quick assessment of a large number of design variants and permanent pro-active control of the NVH performance.

On the following lines I will explain the principle of component-based TPA using Simcenter Testlab, based on a wiper electric motor demonstrator. The electric motor is connected to a metal support frame consisting of three metal brackets  (see picture below).

To characterize the source with ‘blocked forces‘ we will use the so called in-situ TPA method.  This means that we use an existing physical assembly also called original assembly of the source and a receiver  to determine through matrix inversion the forces at the connection points in coupled condition. A picture of the original assembly is shown below. These forces correspond to the ‘blocked forces‘. The process is shown in next video.

Now we will virtually couple the same source with a new receiver to build the target assembly (see picture below). The new receiver has compared to the original receiver an additional metal plate connecting the two outer legs of the support frame adding stiffness and changing the dynamics of the original receiver. FRF Based Substructuring technique will be used for calculating the FRFs of the target assembly. The process is shown in next video.

In the final, step we will assess the performance of the source in the new assembly virtually without the need of any physical coupling. The next video shows how easily and fast  the new target assembly performance can be examined in multiple dimensions using comprehensive 4D displays such as contributions plots and vector displays. It allows to investigate contribution of each path in detail and detect problematic operational forces or transfers.  This helps engineers  to optimize the product design early in the development stage without the need to wait for the availability of the physical prototype.

So, why should you start considering component-based TPA?

Maybe one day you will apply this fantastic technology to make my daily traffic jams more enjoyable?

I think the benefits and gains of this technology are quite obvious. It allows to predict the NVH performance of each variant and load case even before the first prototype is available enabling early detection of potential NVH issues and system optimization at a stage where the impact and cost of making modifications are still minimal

Are you interested to explore this technology in depth? Do you want to go beyond the ‘component-based transfer path analysis wiki’ answer?
Join us for the upcoming webinar on April 1st and discover all the possibilities this technology can bring to you.