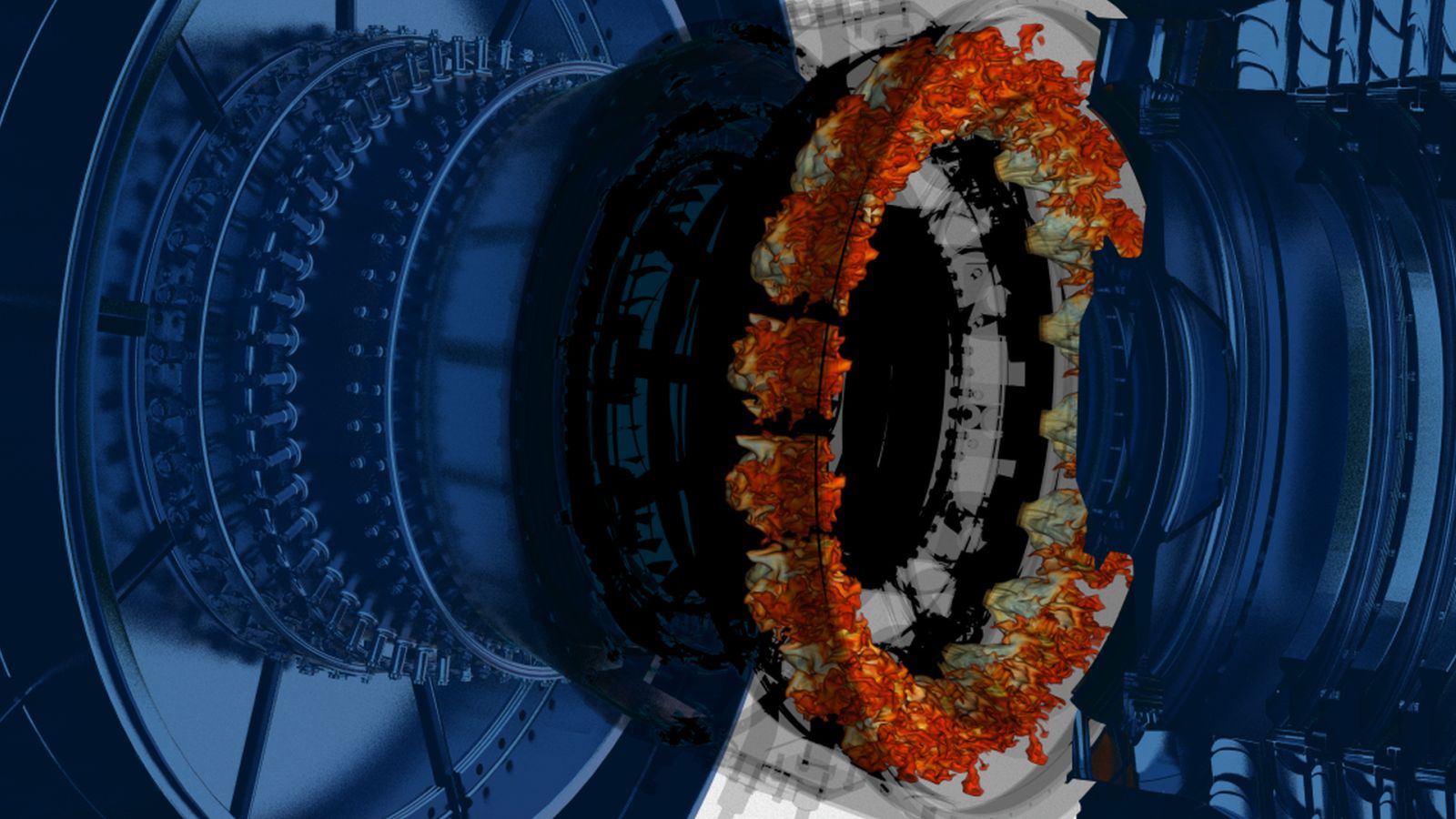 The world is transitioning to a clean energy future, based on renewable resources such as wind, solar, and hydro. As it makes this change, we still depend on the flexibility of gas turbines for much of our power needs. Turbine-generated power provides the buffer between “base-load” (mainly from coal or nuclear), and inherently intermittent renewable power. Put simply, gas turbines are what keeps the lights on when the sun isn’t shining and the wind isn’t blowing.

The vast majority of the world’s power-generating gas turbines are fueled by natural gas, which is principally the hydrocarbon methane. The industry has worked hard to minimize the harmful emissions from gas turbines. Modern turbines generate 50 to 60% less CO2 per MWh of electricity than a brand new coal-fired power station. However, if we are to avoid a climate emergency, “lower carbon” will not be good enough: we need to turn to zero-carbon energy sources.

The good news is that there is no inherent reason why gas turbines have to burn fossil fuel hydrocarbons. Gas turbines are naturally “fuel flexible”, so attention is increasingly turning towards so-called synthetic fuels such as hydrogen (H) and ammonia (NH3). These fuels contain no carbon, and therefore do not emit any CO2 during the combustion process.

Why move to hydrogen?

Although hydrogen is the most abundant element in the universe, producing, storing, and transporting it on an industrial scale has so far proved challenging. However, Japan is leading the way by committing to an ambitious new plan to become a hydrogen-powered society, starting with the 2021 Tokyo Olympic games, which intends to make a low-carbon hydrogen economy profitable by 2030.

Simulation is key to success

Producing the next generation of low-carbon, hydrogen-powered gas turbines is not without its challenges. It will only be possible through the extensive use of engineering simulation, which can help to optimize the performance, robustness and emissions signature of this new fuel-flexible fleet.

B&B-AGEMA have extensively used CFD simulation to increase the understanding of hydrogen-powered gas turbines, gaining insight into flame shapes and temperatures, mixing, and emission control. They present their findings in detail in this exclusive on-demand webinar.  Discover how industry-leading specialists are using CFD to design combustors, optimize monitoring equipment, and gain understanding into hydrogen combustion, including:

Keeping the lights on in a Climate Emergency December 1, 2021 In the midst of climate emergency 63% of our electricity still comes from burning carbon dioxide belching fossil fuels, that…
4 Myths about AI in CFD April 6, 2021 As Artificial Intelligence (AI) has become more ubiquitous in our everyday lives, so too has confusion about what it is…
Surfboard CFD - Riding the Digital Wave July 29, 2022 The flip-flop engineering symposium Monday, December 9, 2019, 7 pm. Sunset Beach Elementary School Cafeteria, Oahu's North Shore, Hawaii. Two…
This article first appeared on the Siemens Digital Industries Software blog at https://blogs.sw.siemens.com/simcenter/cfd-simulation-hydrogen-powered-gas-turbines/