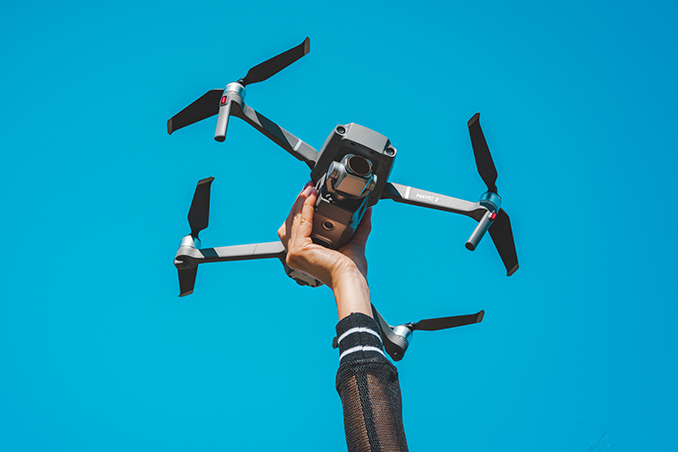 A few days ago, I had a conversation with a colleague about his new drone. Over the previous weekend, he had tested it in an open environment to do aerial photography. After flying it for a few minutes, the drone lost communications with the ground station and gained altitude, and disappeared in the air. Fortunately, they reimbursed my colleague.

A drone that caused airspace closure of an international airport

The drone involved in this incident is on sale to the general public. I wonder if such an event happens would have happened with a drone designed for more complex operations and with more expensive devices embedded. Recently, 2 articles in the press caught my attention. You can find them here (by BBC) and here (by The Register).

This first article came out on May 2nd, 2020. Near Riga International Airport, the Latvian authorities conducted a non-military drone test flight. Whilst the drone was on its test flight, the company lost communications with the drone and lost track of its location. The 26 kg drone had enough fuel to keep in the air for 90 hours. The drone has caused severe problems, including the closure of airspace over Riga International Airport.

As I mentioned previously that the financial impact can sometimes be due to the consequence of losing a drone. Sometimes the drone cost represents sufficient reason for having a heavy financial repercussion if it is lost.

This second article highlights this perfectly. In March 2017, the US army launched a $1.5M military drone in Arizona. They lost communications in the flight. This is not uncommon. Therefore, when this happens, the autonomous drone software is supposed to either return it to its launch site automatically or it would loiter and try to reestablish contact. Instead, the drone pulsed a sharp right turn and headed off into New Mexico. Subsequently, 10 days later they found the drone. It was 623 miles away in Colorado.

How to develop smart drones

These two stories emphasize how testing Guidance, Navigation, and Control (GNC) algorithm on a real drone via a flight test can be time-consuming and expensive. These are used in autonomous drone software development. Testing such an algorithm via a simulation tool is an alternative.

Look out for the next NAFEMS World Congress 2021, where I will present a paper about using a high-fidelity simulation tool to test the GNC algorithm on a quadcopter. This paper was written in collaboration with the University of l’Aquila in the scope of the Comp4Drones European research project (you can check out the related blog post here).

Join me on October 27th at 10:40 (CEST, Berlin) on this exciting journey through virtual V&V of GNC Algorithms for Autonomous drone.

4 Myths about AI in CFD April 6, 2021 As Artificial Intelligence (AI) has become more ubiquitous in our everyday lives, so too has confusion about what it is…
Drone noise: an inconvenient truth? September 8, 2021 Drone noise can destroy a business with an estimated value of 33 billion dollars by 2030. Simcenter 3D Acoustics can…
NASA’s $10 billion James Webb Space Telescope fully fueled… December 20, 2021 Set to launch to deep space on December 24, the nearly $10 billion NASA-built JWST promises the ability to peer…
This article first appeared on the Siemens Digital Industries Software blog at https://blogs.sw.siemens.com/simcenter/autonomous-drone-software-development/