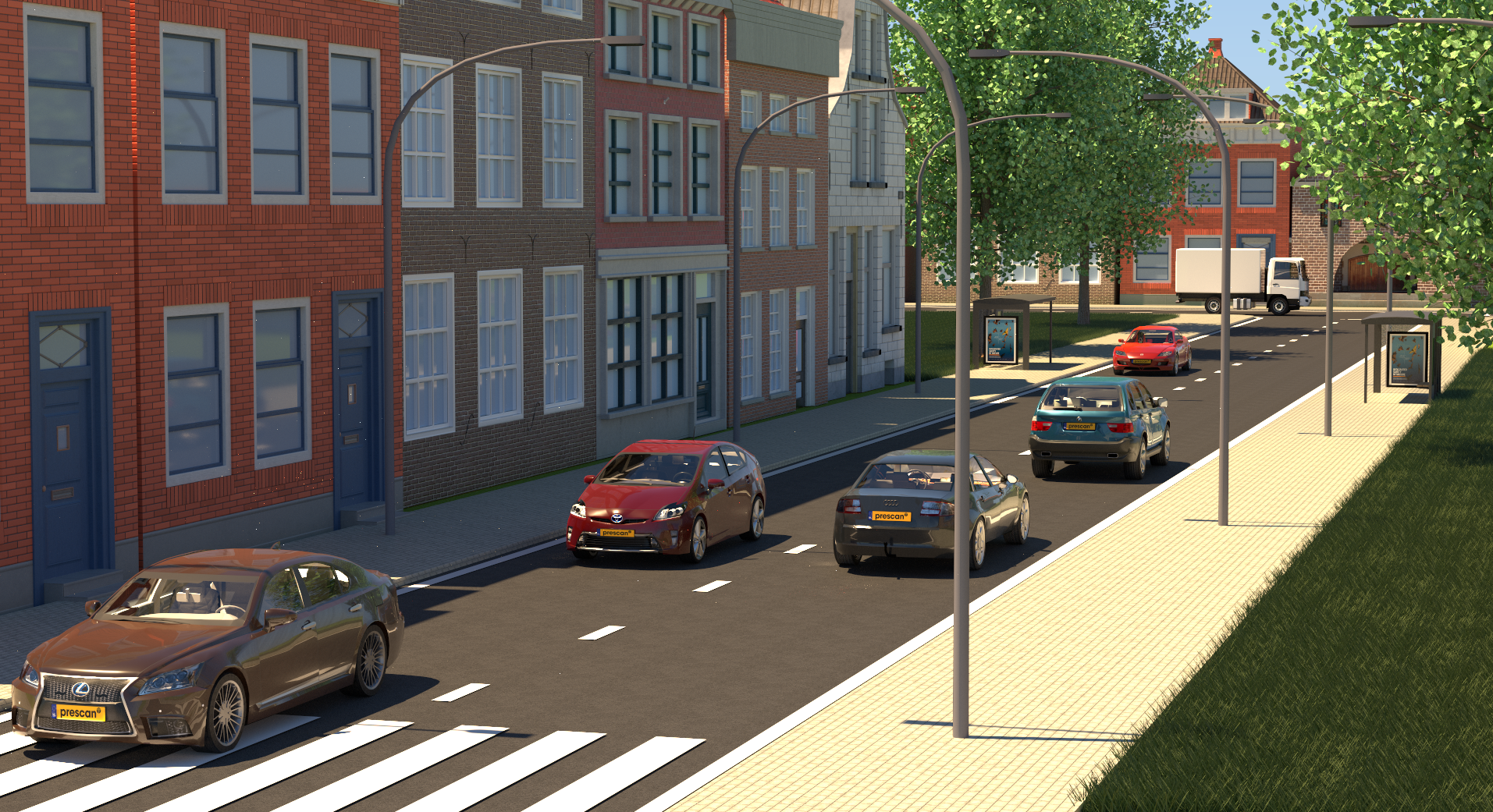 Simcenter Prescan, the best physics-based simulation platform for testing and development of automated vehicles, announces the release of version 2019.3. This release proudly announces the introduction of a C++ simulation interface, the OpenSCENARIO importer, a Beta version of the Physics based lidar plugin and many other new features and updates.

Users can continue to create the experiments in the Prescan GUI, or additionally, may also choose to use the DMAPI to import roads and scenarios, create models and attach sensors all directly from their C++ code. Both cases are supported and can be executed in our new C++ interface.

With release 2019.3, Prescan introduces the capability to execute a full simulation from a C++ interface. This means that, users now can choose to run their simulations on Matlab and Simulink or on a C++ controller.

The C++ controller has been developed to allow low-level access to users: from the vehicle positions, velocities and accelerations to the frequency at which each module is called. Furthermore, with release 2019.3, Prescan introduces the Data Model API (DMAPI) in C++ language, designed to seamlessly integrate and work with our new C++ execution interface.

With the C++ Prescan simulation users can easily interface with other software packages with C++ APIs such as Amesim, ROS, Autoware and CarSim.

Prescan 2019.3 is shipped with an OpenDRIVE example file of Atlatec.

Beta of the physics based lidar plugin

A beta version of the physics based lidar plugin is now available. This new sensor is built based on ray-tracing technology and provides very accurate and realistic raw data (point clouds) based on energy returned (including multiple returns), time effects, and the ability to model real lidars based on specific scan patterns and beam properties.

Using the Aimsun plugin, traffic flows can be generated in Prescan by co-simulation with Aimsun. This allows for the automatic generation of human-behavior based traffic, after which the effect of the ego vehicle with respect to traffic flows, can be analyzed.

For more detailed information about this release, read our blogpost and/or watch the video.

Release 2019.2 for Simcenter Prescan expanded the Unreal Physics Based Camera functionality and introduced many new data model API functions, enabling users to create their experiments them from, program their test automation and execute them in a headless mode.

Read more about these functionalities in our blogpost.

For more information about Simcenter Prescan, please visit our website.

4 Myths about AI in CFD April 6, 2021 As Artificial Intelligence (AI) has become more ubiquitous in our everyday lives, so too has confusion about what it is…
Simcenter™ FLOEFD™ 2021.1: What’s New? April 29, 2021 What's New in the latest Simcenter FLOEFD 2021.1 version? Electromagnetics, structural simulation and much more. Find out for yourself.
Model-based design from ICEs to ICUs: Bridging the… November 10, 2021 The events of the past few years have turned global attention towards health and, more specifically, healthcare. From the images…
This article first appeared on the Siemens Digital Industries Software blog at https://blogs.sw.siemens.com/simcenter/8631-2/