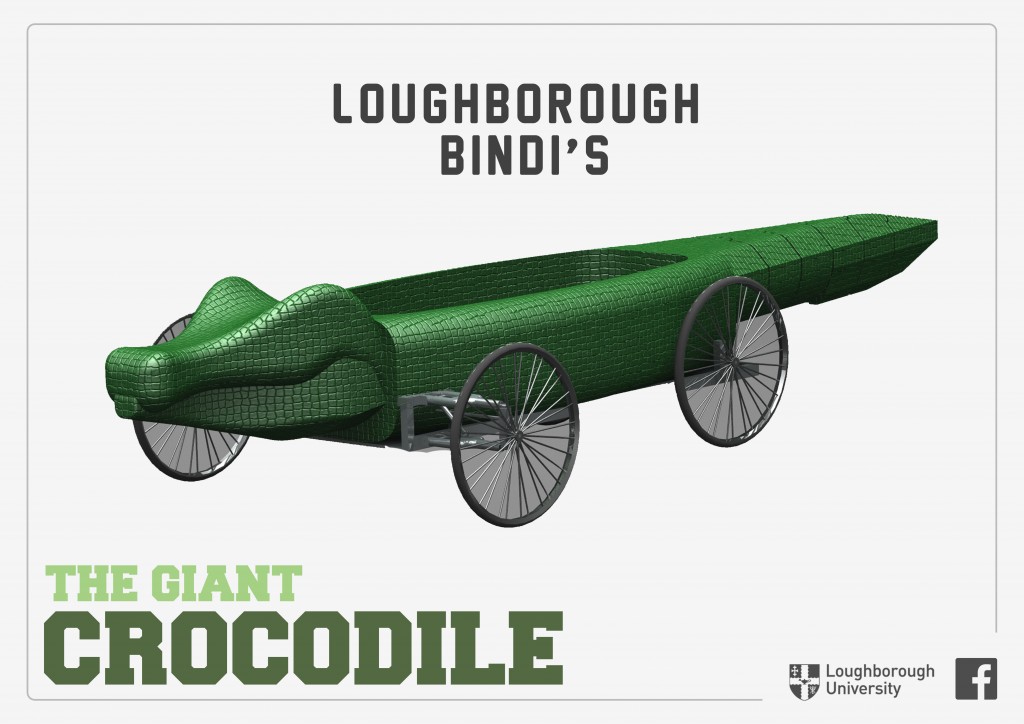 Image courtesy of Red Bull Soapbox Race.Crowds will stand on either side of the track, shuffling about, squirming between one another to get a better view. The smells of sawdust and hay will permeate through the warm London air as carts are wheeled into place at the starting line. The vehicle designs range wildly, some taking on the shapes of vegetables, rocket ships, and animals. All are handmade, intricate, and lack any sort of propulsion system. They will all make their way down the same track, tackling jumps, rough terrain, and the odd haystack or two. This is the 2017 Red Bull Soap Box Race.

This year’s race will take place on Sunday, the 9th, held at the Alexandra Palace on the Alexandra park grounds in London. 20,000 people will take up spots along the raceway in this sold out event, cheering on their favorite teams. Broadcasted live, the Red Bull Soapbox Race is all about combining creativity and amazing design with a cart that can not only cross the finish line, but do it in the fastest time. While the event is first and foremost a race, after you cross the finish line you enter the next leg of the competition and judging for creativity and showmanship begins.

Designs range from the realistic to the all-out fantastical, and while some teams relied on hand-drawn sketches to create their designs, others used more sophisticated methods. One team in particular designed their soapbox using Siemens NX software Source: http://www.redbullsoapboxrace.com/uk/en/team/loughborough-bindis/Loughborough Bindi’s is a team based out of Loughborough University, all of its members students in the Automotive and Product Design Engineering programs at the school. They’ve created what could only be described as a crocodile with wheels. When asked who had the initial concept, the team responded “Alex Seed was the one who came up with the crocodile idea, everyone agreed that it was a very nice idea, and so there was never really much discussion about what we were making. Probably most of our teamwork went instead into devising a viable way to actually make the soapbox. There was a fine trade line between how complex we wanted the design to be and how well we would be able to manufacture it.” The team has said that they wanted to pay tribute to the Crocodile Hunter Diaries, and have named their crocodile cart after Bindi, a croc featured in the program.

As for their reasoning behind using NX for this model, the team commented “NX was very useful for mainly two purposes: the first was to aid communication of ideas between all the members in the group. Sometimes sketches can be ambiguous if not explained, and a 3D model is much more precise and doesn’t need an explanation. We had a google drive with NX models that everyone could access to examine our design, which was again pretty useful to keep everyone on the same page in the development of our vehicle. The second purpose of using NX was to make accurate engineering drawings. Very often, for several reasons, we had to manufacture parts that other members of the team designed and vice versa. To avoid unnecessary long explanations on how to make a component we simply printed the drawings and went to the workshop to build them.” The cart has a fairly simple design. Loughborough Bindi’s spokesperson said “For this year, our main aim was probably to make a very solid and competitive vehicle in terms of speed, although we haven’t forgot about our design and our “show” and we are looking forward to put up a big performance the day of the race!” The croc cart sits two people, doesn’t have any added extremities that poke out of its smooth design, and is sure to chase down its competition with ease.

“Overall,” the team’s spokesman concluded, “it was a lot of fun to make this project come true. It was also a lot of ‘work,’ but I guess you can’t call it that when you are doing what you like. Hopefully next year we will repeat the experience with a different design.”

With the race in just under a day, there is still time to go and show support for Loughborough Bindi’s “The Giant Crocodile”. You can head on over to Loughborough Bindi’s page on the official website. All votes help them out in the final rounds of judging, so show the team some love.

Be sure to keep up with the races live on via Red Bull’s twitter page by following the #RedBullSoapboxRace or catch the televised broadcast on channel DAVE in the UK.

This article first appeared on the Siemens Digital Industries Software blog at https://blogs.sw.siemens.com/nx-design/racing-to-the-finish-line-with-nx/