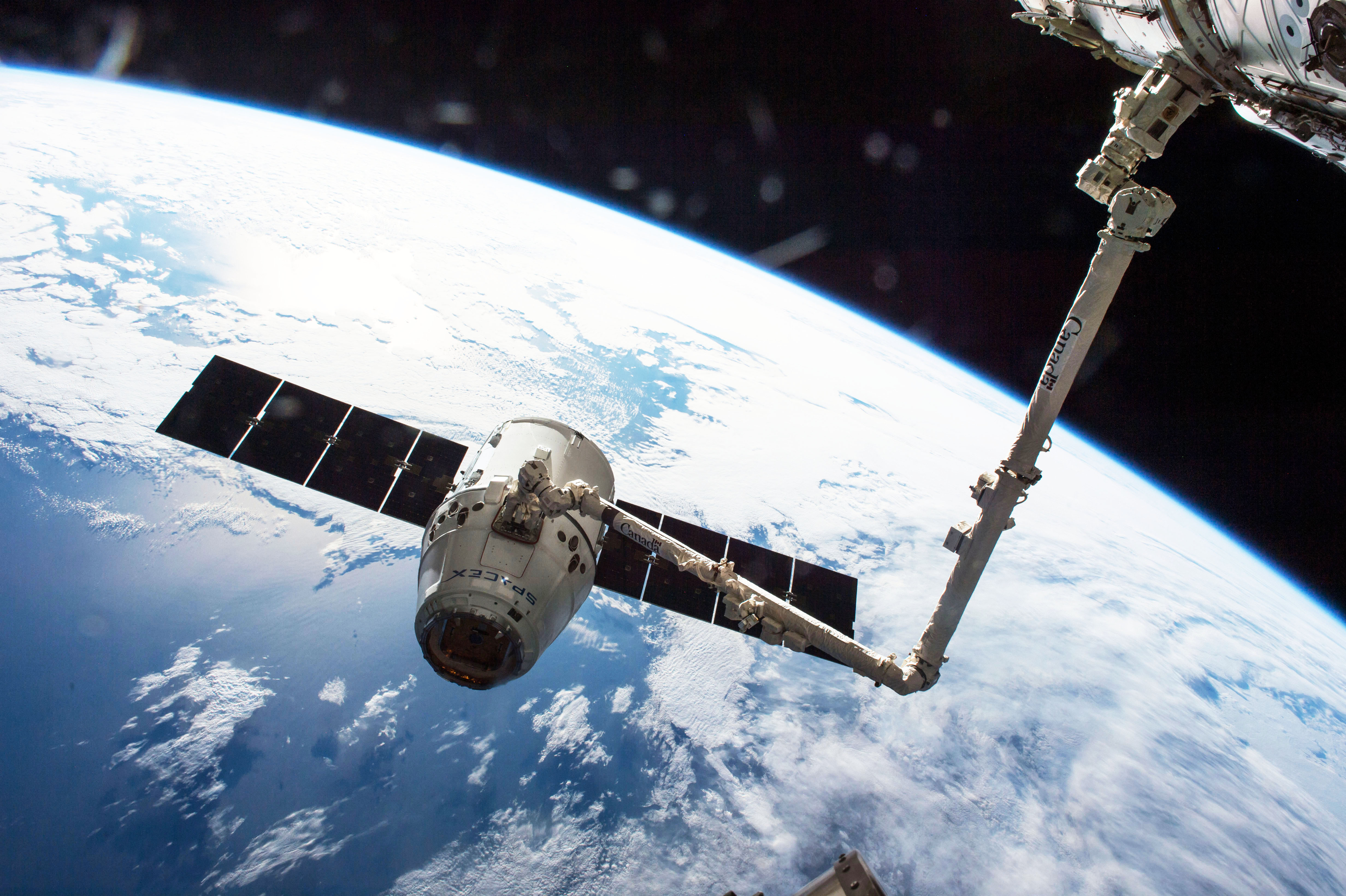 Few things in life come close to the experience of attending a rocket launch. It is the only event I have ever seen that warrants the use of the word “awesome” in its literal sense, meaning awe-inspiring, stunning… It was, well, breathtaking. Watching the SpaceX Falcon 9 and Dragon lift off from the ground with a trajectory straight into space, I struggled to wrap my mind around the feat of human ingenuity and engineering that I bore witness to. And to think, it all started in NX software!

Here in the PLM world, it’s easy to get wrapped up in the details of product design, efficiency, and processes. What we forget or frequently overlook, however, (at least in my case) is the kind of technological and human advancements made possible by PLM technology. The CRS 12 Launch brought clarity to that fact and helped to remind me of why we do what we do. It’s not just about better products that cost less; it’s about how those products shape our lives.

In the case of NASA and SpaceX, the impact is furthering our understanding of the universe and, ultimately, ourselves and humanity through observation and advanced research that can only be conducted in the microgravity of space. Research that, in the case of some experiments onboard CRS 12, will help us to understand the effects of cosmic rays, test strategies for growing lung tissue, and even potentially develop treatment for Parkinson’s disease.

Six new investigations, including those mentioned above, are among the nearly 3 metric tons of supplies, cargo, and research equipment onboard the Dragon capsule destined for the International Space Station (ISS). CRS 12 is the twelfth Commercial Resupply Services mission (hence, the name) flown by SpaceX and includes both the Falcon 9 and Dragon spacecraft, both of which were designed in NX.

The Falcon 9 is a two-stage rocket that boosts the free-flying Dragon spacecraft into orbit and—here is the truly amazing part—relands upright roughly 8-9 minutes later. “If you’re not amazed by that, consider dropping a pencil so that it lands on its eraser,” NASA Public Affairs Officer and our guide for the CRS 12 launch Sarah McNulty quipped. Not an easy task. Again, it is a feat of engineering unlike anything I have seen. Not only does the Falcon 9 reland—it is also reusable. It is the first orbital class rocket, in fact, capable of reflight. Reusability is a key factor of consideration for both NASA and SpaceX given the cost and resources involved in space travel. In fact, SpaceX has cut the cost of a launch by a factor of 10 with its rockets. This frees up funding to focus on other areas of research and development, furthering human advancement at a faster rate.

Another great example where we see reusability in action is with the Dragon capsule: It is the only spacecraft currently in use with the ability to return large amounts of cargo to Earth. As for what that cargo is, well, one of the most frequently asked questions that NASA gets is, “What do you do with all of the space garbage?” and herein lies the answer. Each time a payload is delivered to the ISS, the ship is sent back with garbage that then gets released and burned upon reentry to the atmosphere.

For now, though, the Dragon will remain at the space station for a month. While the Dragon is capable of carrying both crew and cargo, all of its missions now are currently unmanned cargo resupply efforts such as the one described here. About an hour after liftoff from Launch Pad 39A, SpaceX confirmed that the Dragon was in good orbit and, roughly two days later on August 16, it successfully docked and delivered its payload to the 6 astronauts aboard the ISS. In fact, if you look up at the right time, you can even spot the ISS going by overhead… though you won’t be able to see the Dragon itself, of course. As for the PLM technology that makes this all possible, I’ve mentioned the rocket and free-flying craft were designed in NX. One of the clear advantages SpaceX gains by using our software is assembly load time. Rockets are, as you can imagine, enormous in size. To get a sense of just how big they really are, check out this article that takes you inside the Vehicle Assembly Building (VAB) where NASA assembles its rockets. They are also extremely complex and comprise many individual working parts. When designing this in a CAD system, the time it takes for assembly to load is make or break.

Engineers and designers at SpaceX struggled with hours-long load times and assemblies that often wouldn’t open while using a mid-range CAD system before trying NX. The difference was notable. NX is capable of handling assemblies with more than 25,000 parts, meaning “an entire assembly takes only 5 to 10 minutes to load” for SpaceX according to VP of Development Operations Chris Thompson.

You can read more about the design process and why SpaceX trusted Siemens with this all-important task of designing the next generation of rockets to further innovation in space exploration and research. View the full SpaceX case study to learn more.

This article first appeared on the Siemens Digital Industries Software blog at https://blogs.sw.siemens.com/nx-design/nx-in-space-powering-the-crs-12-launch-and-beyond/