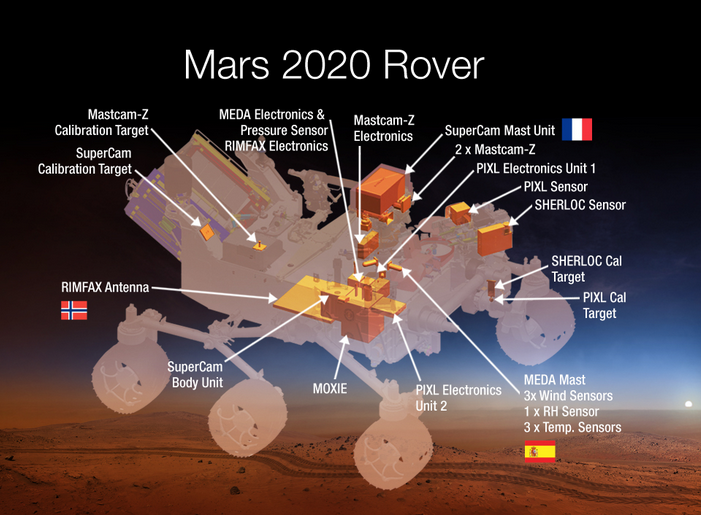 With only one chance to get it right, people across the globe watched helplessly on August 5, 2012 as a module gently lowered the car-sized rover.

Curiosity landed safely though thanks to scientists and engineers who, during the rover’s development process, ran countless simulations in NX.

Now the Curiosity’s design forms the basis for the next NASA Mars rover mission.

This mission is set to commence in 2020, and this time, the rover will carry seven instruments totaling $130 million that will help determine if life on Mars—whether Martian or human—is possible.

These tools were selected from a record number of proposals that point to growing interest in Mars exploration and research.

Software such as NX plays a vital role in these missions. Engineers can test designs for validity in simulated environments with conditions physically impossible to recreate on Earth.

This is extremely important when you design a vehicle for interplanetary travel that will face such extremes as atmospheric and gravitational changes. You want to be sure your rover will survive its journey, especially when it costs hundreds of millions of dollars.

Read more about the future mission with the Mars 2020 Rover.

Check out our previous coverage of the Mars Curiosity rover.

This article first appeared on the Siemens Digital Industries Software blog at https://blogs.sw.siemens.com/nx-design/mars-2020-rover-builds-off-of-curiosity-extends-research/