At the FIRST Robotics World Championship this year, there were lots of future engineers and lots of robots. 12,000 students from 600 teams traveled from 38 countries to be a part of this robot superb...

At the FIRST Robotics World Championship this year, there were lots of future engineers and lots of robots. 12,000 students from 600 teams traveled from 38 countries to be a part of this robot superbowl.

I had the chance to spend some time with a few of the teams. Let’s meet one of them now. 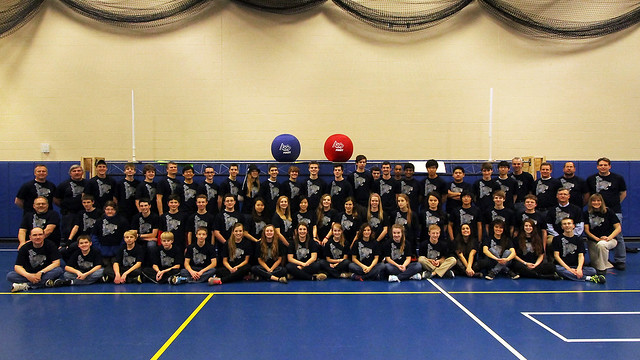 And meet their NX-designed robot: 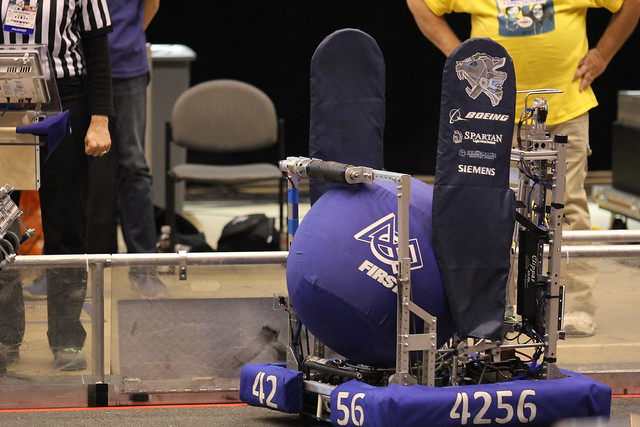 I’ve been impressed with the students at Westminster Christian Academy since I met them two years ago. Their science teacher Lisa Harding noted then that they’ve inspired people to consider engineering. So it was interesting to see just how much inspiration has happened in two years. The team has grown from 30 students to now more than 70.

It’s not just a team, it’s really a company complete with a CEO, CTO, as well as engineering, finance and marketing departments.

Meet Alex Kessel – the team lead or CEO. He’s been a part of the team as it has doubled in size.

Alex emphasized that a robotics team is about much more than building a robot.

“Robotics isn’t just building a robot. We have artists here…it’s a way to incorporate people and get them thinking and working together… It’s just awesome”

Alex noted that they use NX because it’s easier and faster and translates the CAM code perfectly for the CNC machine in their school machine shop. I heard that from a number of teams. They are integrating their CAD work on the robot with simulation and manufacturing.

Now meet CAD leader Abby Smith who became plans to pursue mechanical engineering because of her experience on the robotics team.


If you want to see what was playing on that screen behind – here is a video they played in their pit showing NX software driving a CNC machine in their shop to cut robot parts:

You can also see more images of the team and their robot on their Flickr page.

Stay tuned for some more student stories from this event.

P.S. Siemens is a sponsor of this robotics team.

Tony Hemmelgarn at HM#21: Human-Centered Innovation May 12, 2021 Hannover Messe 2021 (HM#21) wrapped up on April 16. The event showcased both the future of industry (invariably digital) and…
Could you be a Siemens Community Catalyst? December 1, 2021 We’re initiating the Siemens Community Catalysts (SCC) program to recognize and reward a select group of Siemens community members, who…
Redefining Electronic Design Automation, an IC Perspective December 11, 2020 In January, Mentor will become Siemens EDA and this is exciting news for our EDA customers. Siemens enables us to…

This article first appeared on the Siemens Digital Industries Software blog at https://blogs.sw.siemens.com/news/westminster-expands-the-size-and-cad-skills-of-its-first-robotics-team/