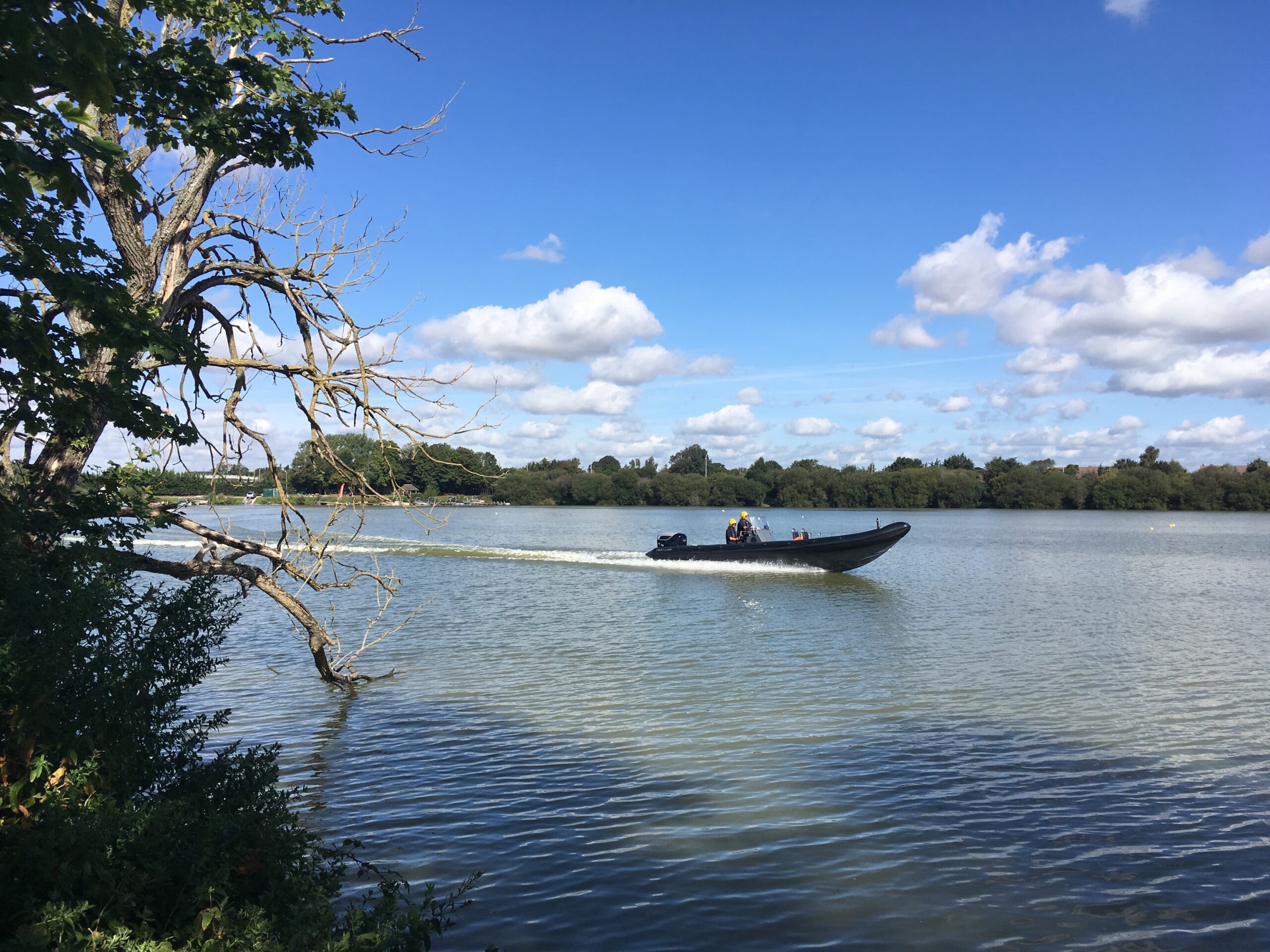 And a little story about Cox Marine, a British startup changing the way we think about the marine industry

Before we start talking about Cox Marine, digitalization and the CXO300, let’s take a moment for an ode to summer. There is something essentially happy about a bright sunny day, a fast boat on a crystal-clear lake, and the thrill of wind and wake hitting your face as you fly over the water.

Like many of you, my summer is looking more staycation than vacation. No trip to Wisconsin, no annual family reunion at “the lake” and no trip out to Utah to try out my brother’s new boat. A much loved part of summer, what I refer to as lake culture, will unfortunately be a miss this year. But, not all is lost. Summer 2020, although somewhat strange, looks to be very sunny. And this takes us on to the business at hand. Our summer 2019 visit to Cox Marine, a British startup based in Shoreham-by-Sea, close to Brighton, UK, and their wicked-fast CXO300 outboard engine.

Werner Custers and I spent a couple of days with the enthusiastic team over at Cox Marine late last summer, filming the final digitalization and development stages of their new CXO300 outboard. This engine is packed with punch yet 25% more fuel efficient and cleaner than most other outboards in the global marine industry.

One of the first things you notice is just how big the outboard is. And then you start to think about designing something with over 6500 parts. How do you go about developing something like this? And with just a small startup team to boot? This is where digitalization and tools from the Xcelerator portfolio step in.

As Joel Reid, Global Sales Director of Cox Marine, says, “We had to make something as small and light as a car engine, but as strong and robust as a big truck engine. Software plays a huge role in understanding how to optimize and design structures. There are so many elements to consider.”

“Digitalization for Cox Marine is the opportunity to stand out in the crowd.”

And stand out in the crowd it does! But Cox Marine is more than just an engine manufacturer, they are out to change the marine industry for the better. Let’s have a look at the video:

Clearly, Cox Marine didn’t plan to just offer a dedicated marine engine. They also set up a global service network of 200 dealers and representation in 100 countries. And while they reinvented the marine outboard engine, why not reinvent the service model as well? The company aims to redefine the standards of global service and customer care. This includes cloud-based data analytic services, such as engine performance statistics, revenue savings, real-time maintenance information, and other predictive diagnostics.

“We were able to build a much bigger and comprehensive organization to be able to deal with the mammoth task of not just developing a diesel outboard as a product, but also developing an organization that can manage global demand, global services, and volume manufacturing,” adds Reid.

Digitalization and a day out on the lake

Of course, anything this massive and fast screams fun and certainly our day out with the test team on the lake will be one to remember, but it is not every day that you get to experience the real power of digitalization firsthand.

Last summer, the team at Cox Marine had a big wish list for the CXO300 and its plans for digitalization. 300 horsepower performance was a critical factor, but also fuel savings and durability. And the digital twin of the engine played a huge role achieving this.

“Downtime is a very important aspect for many customers. If they can’t operate, they can’t make money. Diesel engines are dependable workhorses. And, if worse comes to worse, you can swap an outboard engine or transmission. It is much easier to repair than an inboard. This is why our diesel outboard is so appealing to broad segments of the market,” adds Joel Reid with a grin, “I can’t see anybody who wants to go fast with a 300 horsepower requirement that wouldn’t want our product.”

The team took a huge amount of uncertainty out of the first build by designing a fully functional digital twin in Simcenter Amesim upfront. Using this digital twin, they chiseled the engine variants down from 24 to one virtually.

“We’re looking at hundreds of thousands of pounds being saved just by doing that upfront. For us, that drives development time down by months and months,” states Euan Freeman, Principal Engineer, Systems Engineering and Fluid Analysis at Cox Marine.

(Honestly, it has been years since I have seen a Simcenter 3D-Simcenter Amesim digital twin of this caliber. But let my colleague Elspeth Mosedale tell you more about this on her blog.)

Personal and adaptable design and infrastructure

While the engineers were busy with the digital twin, the design team started all the CAD work in NX supported by the Teamcenter backbone. The design team appreciated the seamless integration between Teamcenter and NX.

“The best way to explain is that it is practically invisible. The guys in the team fire up their terminals, fire up Teamcenter and fire up NX, open the data they need and get on with it,” adds Julian West, Principal Engineer, Design, at Cox Marine.

Julian West makes it sound like a breeze, but Cox Marine had some help from Siemens Solution Partner OnePLM, a recognized Smart Expert partner, to implement the right tools at the right time and bridge the digital backbone and ecosystem into the company’s ERP and production solutions properly.

“Our IT systems seem quite complex for a small startup, but as the company grows, it is very scalable. We won’t need to make any major adjustments in our infrastructure. Looking forward, we can go from making tens of engines per week to making thousands of engines per week if required,” explains Tony Ferrier, Head of IT at Cox Marine.

The experts from OnePLM are onsite regularly making sure that the Teamcenter, NX and Simcenter installations are up to speed and adapted to the growing infrastructure of Cox Marine.

Summer 2020 and beyond: Where today meets tomorrow

As the designers and engineers start work on the next product release and the test team fine-tunes final performance aspects on the water, everyone at Cox Marine is excited to be seeing the first CXO300 outboards roll off the production lines at the new factory in Shoreham-by-Sea.

Make sure to keep your eyes open this summer and summers to come for a sleek Cox Marine outboard on the water near you.

And in case you need some more summer-on-the-sea inspiration, there is always my blog and our video about Princess Yachts to put a smile on your face.

Steer your shipbuilding project management to success February 18, 2022 Watch the little things; a small leak will sink a great ship.Benjamin Franklin Shipbuilding project management in face of unprecedented…
3 simulation technologies the marine industry needs to adopt… November 18, 2021 As the global economic slowdown and the continued push toward more sustainable operations, the marine industry is under pressure to…
What’s new in the marine industry: August 2022 August 5, 2022 Welcome to August! We know summer is a busy time, and it’s easy to miss new resources and information between…

This article first appeared on the Siemens Digital Industries Software blog at https://blogs.sw.siemens.com/marine/2020/07/01/an-ode-to-summers-past-present-and-future/