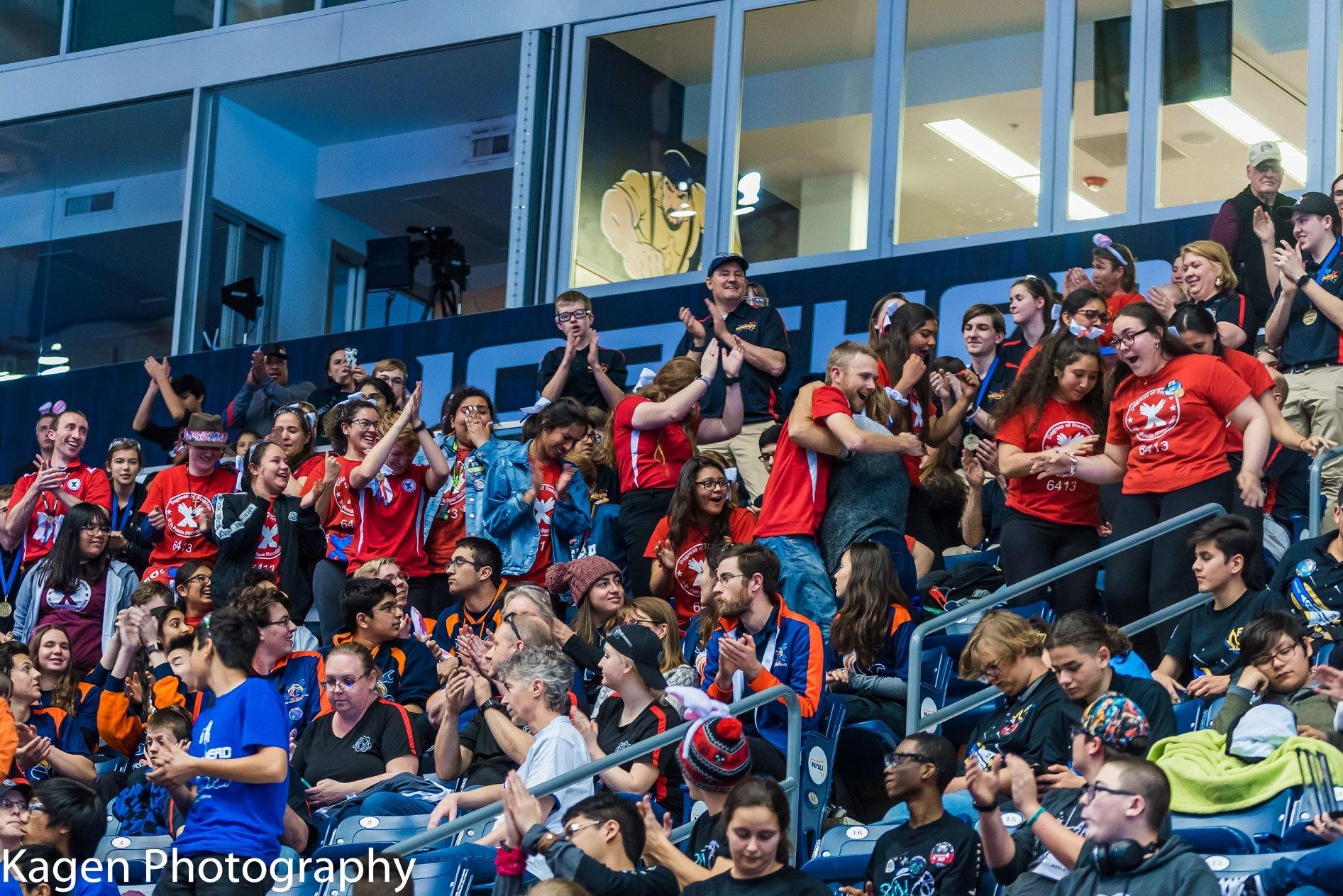 I had a chance to connect with Izzy Thalman, a robotics student at Arizona State University and mentor to FIRST Robotics team #6413, Degrees of Freedom, to learn a bit about her personal journey and some of the team’s amazing accomplishments.

Team 6413 Degrees of Freedom, is an all-girls team that was originally started through the generous support of The Si Se Puede foundation and includes students from across grades 8-12. Thalman described all the team members as very independent, hard-working and dedicated. Last year, that hard work paid off when the team won FIRST’s Chairman’s Award at the Northern Arizona Regional qualifying them for the Houston Championship.

As a full-time student, with a demanding workload, I wondered why Izzy dedicates an average of 6-12 hours per week (in the off season) to mentor and teach the Degrees of Freedom girls.  It turns out there are a lot of reasons.

Thalman was first introduced to engineering when she was just in the seventh grade herself.  While she attended Siemens’ Introduce a Girl to Engineering Day event initially because she understood that engineering is a career that pays well, she quickly discovered there was much more about the field that appealed to her.

“At that first event, I ‘competed’ in a paper plane challenge, and when my plane went the furthest, I was so excited.” Thalman recalled.

A short time later, as a high school freshman, an esteemed Biology teacher and mentor suggested that she check out the engineering program. She’s never looked back. Formerly, Thalman was involved in theater, dance and speech and was an honors English student, but with her teacher’s encouragement and her own recognition that she was strong in math and science she literally switched gears.  That year she started an engineering class and joined her high school‘s FIRST Robotics team, 2338 Gear it Forward.  In rapid succession she learned principles of engineering, computer-aided design, PCB design, welding, and computer programming in Visual Basic, and in addition to spending 3-5 hours per day, 5-7 days a week working with her team.

Thalman says she was very fortunate, because her high school team was well-funded and supported with dedicated lab space, access to professional software and manufacturing hardware that isn’t always the case for many students.  Today she serves as a shining model of what is possible through an early exposure to STEM and passionately shares and practices all that she’s learned with her mentees.

For example, when it comes to building robots, Thalman shared, “If you want to build a good robot, you need to “CAD” it. If you don’t “CAD” your robot, it is like building blindly, and introduces room for error.”  Given that the FIRST season is a short eight-week sprint, discovering a design error during the build phase could be the difference between being competitive in the season or not.  Interestingly, she also pointed out that having a CAD drawing is very instructive and can help students to work independently, as well as jointly in a team.

In preparation for the 2020 season, Thalman will be working with her team, learning and teaching them how to use Siemens’ Solid Edge® software, a powerful 3D design tool that is available to all students for free. I asked Thalman what else she had planned for the team and she said, “lots of fun, laughing and bonding with the team and learning a lot.”

Thalman loves mentoring and views it as a welcome break from her demanding studies.  She also encourages everyone to attend a FIRST event or consider volunteering to experience it first-hand and see just how just much fun it is.  She promises you’ll learn a lot!

Visit FIRST events for schedule and locations and be sure to follow Degrees of Freedom this season on Twitter @dof6413.

This article first appeared on the Siemens Digital Industries Software blog at https://blogs.sw.siemens.com/academic/kicking-off-the-first-robotics-season-with-new-degrees-of-freedom/