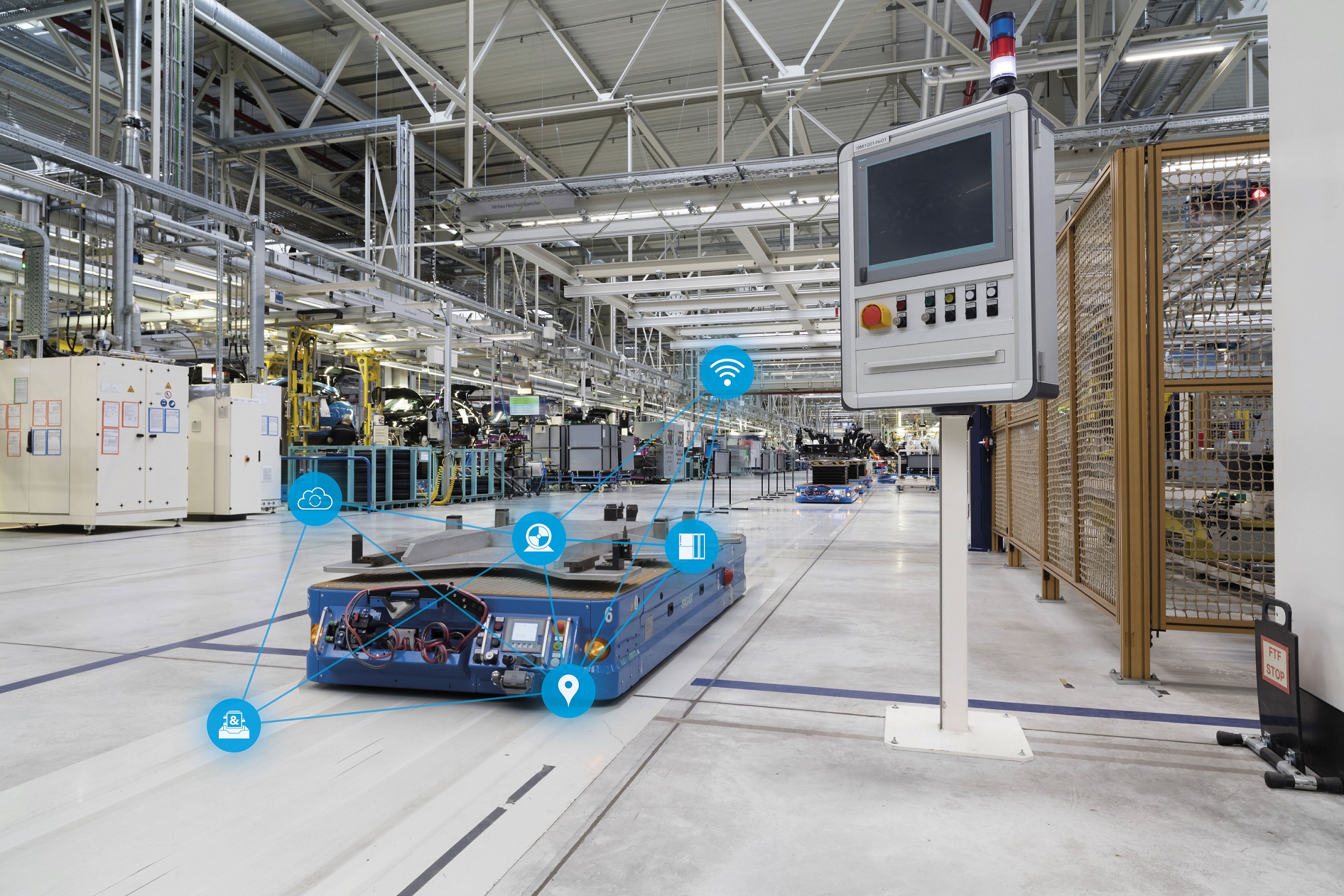 Smart robotics in factories are nothing new, with robotic arms handling a wide variety of tasks within modern manufacturing processes for years now. More recently, robotic systems have expanded beyond simple fixed-position arms to include autonomous guided vehicles (AGVs) capable of moving parts and assemblies all across a factory with little or no human guidance. However, factory AGVs tend to follow more rigidly defined paths and parameters compared to their AI-controlled fixed-position brethren. Some of this is to do with valid safety concerns of accidents involving human coworkers, but crucially the exploration space for an AGV is truly massive. Finding a way for a robot to explore such a large space and train itself was a daunting task but with modern methods and technology perhaps it’s time to allow robots to wander freely and pick their own paths.

The concept of a wandering robot is hardly a new one with the image of a Roomba bouncing off walls and furniture familiar to many. Thankfully, smart robotics arms have advanced beyond such rudimentary guidance systems and are well into the realm of handling complex tasks automatically with little or no human oversight. In a factory, rather than relying on manually programmed commands, robotics arm systems increasingly use AI trained on production data instead. Robotics systems created this way are more robust and versatile than systems created using more rigid programing, which in turn enables more efficient and adaptable manufacturing to meet the ever-evolving demand for new and innovative products.

However, AGVs do not enjoy the same degree of freedom due in no small part to the scope required in a training environment. Currently suitable guide paths through factories must be prepared before using AGVs and pathing is managed either by engineers or through rudimentary self-guidance. But now, thanks to the power of the digital twin, it could be time to reexamine that paradigm.

A wandering robot with a defined goal is not so different than a robotic arm operated by a reinforcement learning algorithm – with similar benefits and drawbacks. While the benefits are similar to those outlined above, the difficulty of creating a space where an AGV could practically learn to navigate a factory are considerable due to their sheer size and complexity. The cost of preparing training data and equipment to train reinforcement learning algorithms used to control stationary robotics already represents a considerable investment in time, equipment, and space. It is easy to imagine that few if any companies would be willing to dedicate an entire factory to the long-term effort of training.

However, just as the digital twin presented a new more cost-effective way to train fixed-position robotics, it could also offer a new avenue for training AGVs as well. As companies increasingly embrace digitalization the digital twin has expanded beyond the product or production line to encompass the entire factory, creating a veritable digital sandbox in which smart robotics can be trained. An entire “training factory” can be reduced from a hundred thousand or a million square feet down to a few racks of servers.

Allowing AI-controlled AGVs to evolve in the same way other types of industrial robotics have would open them up to broader usage just as it has with their stationary counterparts. Training a robot to move freely, within reason, through its environment not only grants it a greater degree of freedom when executing its tasks but also moves some of the designing pathing burden off engineers and technicians. Neither of which offers the level of adaptability needed to keep up with the ever-shifting demands of a modern factory.

While it will likely be some time yet before we see AI-controlled vehicles cruising through autonomous factories the technology that will serve as a foundation for that eventual future exists today. With the need to make factories both more efficient and adaptable, creating robotics systems that are robust enough to handle variable conditions is a must, paving the path for fully autonomous factories capable of efficiently shifting production of one product to another quickly and with minimal human interaction to meet any and all demands of modern industry. For further reading, check out this whitepaper on the stages of advanced robotics in the factory: Link.

This article first appeared on the Siemens Digital Industries Software blog at https://blogs.sw.siemens.com/thought-leadership/2022/07/27/wandering-robots-in-the-factory/