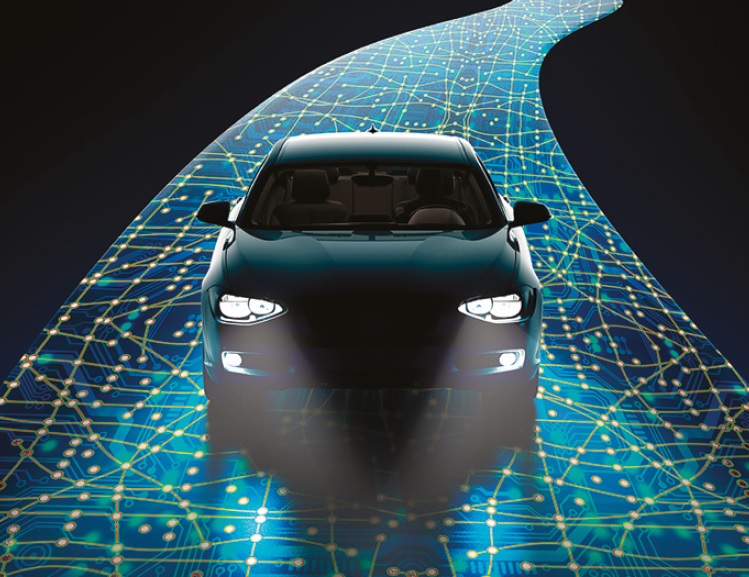 Where Today Meets Tomorrow: How companies are making autonomous vehicles a reality

We will not wake up one morning and find autonomous vehicles driving us to work or to run errands.

The likely scenario is a slow progression from limited autonomous features in cars, such as adaptive cruise control and park assist, to higher levels of automation requiring less human interaction at each step.

Consider the evolution of the aircraft from the Wright Brothers’ first flight in 1903, to single engine aircraft in World War I, to the commercial aviation boom of the 1950’s. It was through continued investments and interest that pushed the progression of aviation forward. While it appeared to slowly evolve, early intercontinental commercial flights that once took 20 hours with multiple stops eventually become six hours, nonstop.

The evolution of autonomous vehicles will take a similar route as it slowly and steadily impacts the entire automotive industry. Developing an electric, autonomous, connected vehicle as a demonstrator of technology capabilities is one thing. Changing a legacy OEM or supplier’s vehicle development process to meet the challenges of this transportation revolution is another. Yesterday’s technological tools and conservative thinking will not translate to tomorrow’s advancements.

The automotive revolution toward autonomous capabilities won’t take giant leaps, but rather small steps. Those small steps though, will take massive technological advancement.

The consumer goods industry is transforming. Combine that with the continued growth of online shopping and local delivery services as well as traffic issues from increasingly high-population areas and this raises logistical concerns with new regulations and traffic restrictions. With more congestion, it’s critical to reconsider the movement of people and goods in major metropolitan areas.

To solve this challenge, manufacturers are already investing in autonomous, last mile of delivery options. The ‘last mile’ is often considered the most expensive and time-consuming part of the delivery process. Last mile delivery can include anything from carrying heavy loads to delivering a package from the curb to the door.

According to MarketsandMarkets, the autonomous last mile delivery market was estimated to be $12 billion in 2019 and is projected to reach $91.5 billion by 2030.

These autonomous vehicles are capable of moving with little or no human input. They use a variety of advanced technologies such as sensors, computer vision, decision-making intelligence and complex mechatronic control systems to detect the environment and identify the appropriate navigation path through obstacles.

The future of urban logistics

TwinswHeel is a French startup founded in 2015 with the goal of designing and manufacturing droids that benefit urban logistics. They started by developing droids for enclosed spaces such as large factories and warehouses, as well as semi-open sites such as hospitals and shopping centers. Now, the TwinswHeel droid can successfully navigate through city traffic either in a collaborative mode that follows the user or completely autonomously.

TwinswHeel droids are already deployed in cities in France. Enedis power grid agents in Toulouse use the droids to assist when repairing the downtown electrical network so they no longer enter the city with large and cumbersome vans. Franprix Supermarkets use the robot to help elderly or disabled customers carry their groceries.

The first prototype had only two big wheels. TwinswHeel adapted the architecture and created a platform with four wheels to make it more scalable. Developing a technologically competitive robot, however, meant boosting both their engineering teams and their mechanical, electrical, controls and sensors integration domains.

Autonomous vehicles are an integrated system of systems, with mechanical, electrical, electronic and software components that must perform sense-think-act functions. Essentially, the vehicle must gather information, consider its options and act in response to the environment faster and better than a human.

Hardware and software complexity in the autonomous vehicle, even one as small as a TwinswHeel robot, requires massive validation and verification cycles. The engineering team had to run millions of scenarios, a physically impossible task, to fulfill the safety requirements for the robot. Simulation was the answer. TwinswHeel made use of various Simcenter applications, which is part of the comprehensive Xcelerator Portfolio, to simulate and design their revolutionary droid.

Simulation enables multi-domain design exploration, verification and validation at a systems, software and full-vehicle level. With a concern for safety, it was an essential ingredient in a stable, traceable and highly reliable product development environment and, as a result, became an innovative force for TwinswHeel in developing their autonomous vehicle.

Through simulation and the ability to embed artificial intelligence technology into the TwinswHeel droid, the engineering teams could take a scenario, such as when a pedestrian suddenly rushes in front of the robot and test its capability to manage the obstacle. In this scenario, the robot must sense the pedestrian, determine the distances for the different obstacles, then act by either stopping, slowing down or continuing at its regular speed.

“Many physical domains had to be combined to propose a reliable, robust and functional product to our customers.” Vincent Talon, CEO of TwinswHeel

Much of what TwinswHeel needed to build their autonomous delivery vehicle is also needed in the development of the driverless cars that can potentially reduce, or eliminate, the traffic jam. These driverless vehicles are directed solely by the control system of the vehicle and would ultimately be connected to the city.

Safety is the most significant requirement during the development phase. The sense-think-act paradigm must be reliable in preventing accidents, meaning automakers will have to repeatedly prove the robustness of the vehicle’s automated driving systems and its ability to react in a safe manner regardless of hazardous driving or road conditions.

In France, TwinswHeel is required to meet the same safety standards as any other autonomous vehicle and they work closely with the French government to create the stringent regulations. With new technology and the considerable safety risks of autonomous vehicles, multinational companies and automakers should take the lead in guiding safety standards and collaborating with governments to ensure compliance.

To cope with these challenges, a massive validation and verification framework is needed and it must stretch from initial requirements and the vehicle-level architecture to detailed system design and implementation. This framework should be able to simulate hundreds or thousands of potential scenarios that combine environmental, vehicle and sensor models.

By using advanced software, multiple approaches to automatic test generation can be applied. It’s also critical to orchestrate and execute a framework that automatically generates the test plans and the verification and validation processes.

This framework should also have the ability to simulate thousands of scenarios efficiently on the computational infrastructures of choice while managing the connection between requirements, specification and the associated simulation assets.

Testing thousands of scenarios, however, is easier said than done.

The vehicle, environment, sensors and controller must be combined as virtual representations, as close to the reality as required to generate trustworthy results. Autonomous testing hasn’t been around for very long but its advancements within the past decade alone are pushing boundaries as more autonomous-type features are installed in new vehicles and more real-world testing is conducted.

It all starts in software where innovative programs provide simulation, validation and verification so the technology can learn to successfully navigate obstacles virtually before being tested in the physical environment.

With a portfolio like Xcelerator, automakers have access to the tools to design, simulate and optimize the next generation of autonomous vehicles.

Click here to learn more about the solution capabilities Siemens has for the automotive and transportation industry.

Read about TwinswHeel and other pioneering companies in the latest edition of Engineer Innovation.

This article first appeared on the Siemens Digital Industries Software blog at https://blogs.sw.siemens.com/thought-leadership/2020/03/24/fully-autonomous-vehicles-start-with-the-last-mile-of-delivery/