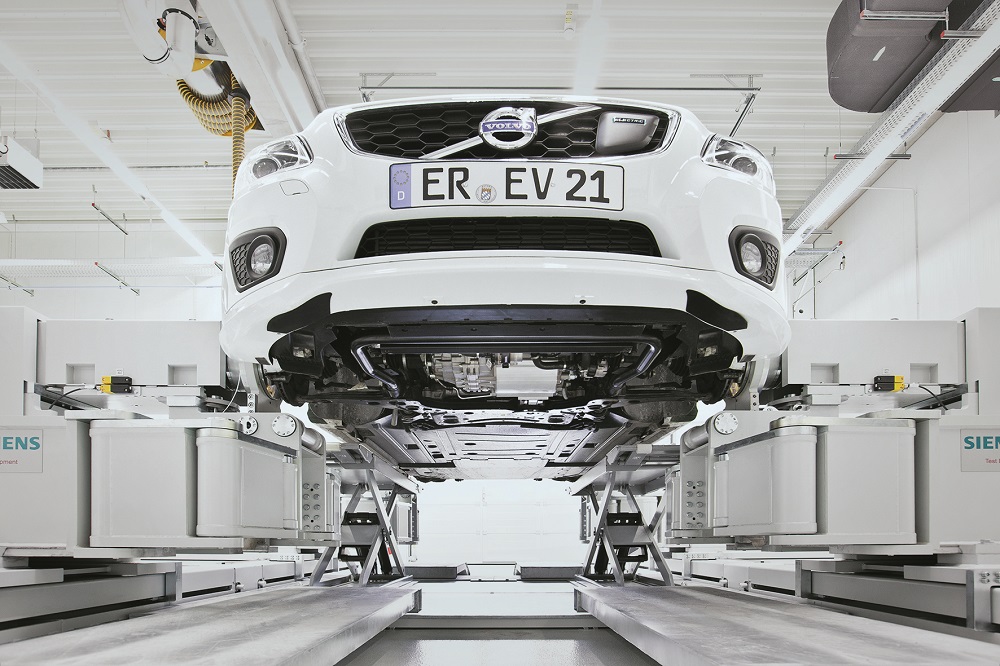 Designing an electrified vehicle is a delicate balancing act between various engineering domains and attributes. This balance combines range, performance and comfort to make this new type of car appealing to the consumer.

Unlike traditional internal combustion engine vehicles, electrified vehicle development and engineering requires a co-dependence approach to its various domains, such as electrical, mechanical, thermal and software/controls. This cross-domain dependence makes the traditional vehicle development processes, in which engineering teams are often siloed, inefficient and could lead to delays or costly late-stage changes.

If you do things the way you’ve always done them, you’ll get the same outcomes you’ve always gotten. In order to change your outcomes, you’ve got to do things differently – Mark Victor Hansen

Performance engineering is more than just speed and acceleration. It’s efficiency, range, drivability, durability, ride and handling, NVH and more. What designers and engineers must do is look at building the electric vehicle in a more holistic way and use digital tools to maximize decision making.

For the end user, the concerns center on range, driving performance, handling and comfort. All the other elements come into it when you look at it from an engineering level.

The electric powertrain, electronics, HVAC design and battery pack are just a few examples of the sub-systems where performance must be balanced effectively during development; there is always a trade-off.

With multiple suppliers providing components and systems, conflicting requirements and needs continuously arise throughout the engineering process. Even though many of the key performance attributes are the same as those with a conventional vehicle, engineers must address these aspects in an electrified vehicle differently. For example, the assumption is noise and vibration in an electric vehicle is quiet. While the electrified vehicle is quieter, the actual noises it makes can be discomforting. Hybrids are especially complex when it comes to balancing. Switching between both an electric and internal combustion engine complicates the way different attributes are influenced. In fact, many OEMs are choosing to abandon hybrids altogether and design either internal combustion or electric vehicles respective of the customer and region they want to sell to.

The first thing you need to do when deciding to build an electrified vehicle is to determine the architecture. For example, how many electric motors will the vehicle have? What is the size of the battery pack? There is no simple answer because these questions are predicated on how the product will be used. Will be a small car to go shopping, a sporty car or a bigger sedan for traveling? Even the climate, a cold versus a hot climate, may determine the vehicle architecture.

Traditional OEMs were typically very siloed. Commonly, they had individual groups developing the engine while another group integrates it into the vehicle. Even at the component level with electric vehicles like batteries, emachines and electrical system, many automakers’ engineers and design teams still operate in silos. Integration doesn’t occur until everything is pulled together into the vehicle, but the further along you are in the process, the more challenging it becomes. Anticipating this earlier though can solve potential issues.

Using collaborative, digital tools such as generative engineering tools to configure vehicles based on different components can produce an automated calculation of the different performance engineering metrics. These tools can show how varying attributes contribute to critical vehicle performance like fuel economy, emissions and drivability. Engineering new vehicle architectures with digital twin reduces time and costs. The design and digital community should encourage automakers and suppliers to solve these challenges using a digital twin framework that spans all the vehicle domains, simulation and validation capabilities.

There have been digital twins around for quite some time but not to the degree that people are using them now. Previously, it has been fragmented and only small pockets of businesses were using it. The digital twin is gaining more confidence within the automotive industry with its ability to validate. Less money is needed for validation and automakers trust that there won’t be warranty issues or failure modes cropping up once the vehicles goes into production.

For example, there is a manufacturer that no longer does their windscreen testing. They use CFD early in the design phase to validate the vents and airflow for when the screen fogs up. They never build or test that aspect in a vehicle until they produce the final vehicle.

At a cost of up to $300,000 per prototype and upwards of 150 prototypes per vehicle, OEMs are eager to reduce the number to drastically cut costs. Implementing a digital twin and using it early in design phase for verification can reduce the need for prototyping and potentially save over a million dollars in the development costs.

Tesla opted not to prototype when developing their Model 3 in order to meet strict delivery deadlines. Other OEMs are seeing what Tesla and other companies are doing and trying to figure out how they can reduce their time and costs. Many are creating hybrid designs where they do both simulation and test combined. Rather than assembling a complete vehicle, they put together some of the subsystems which allows them to find a better way of spending money and getting to market quicker.

When it comes to electric vehicles, a lot more is done at a subsystem level. Unlike traditional architecture, start-ups are putting the functional parts like the driveline and steering system, into a “box” which is then a car.

A new way to build cars

What differentiates China-based BYD Auto Company from others is that they are looking to manufacture and design the entire vehicle; no suppliers. Other OEMs that have been slow to get started in the electric vehicle market have had to reach out to many suppliers for components and subsystems such as batteries, emachines and electronics that give performance. From there, they are thrown into a vehicle and put out to market.

Conventional OEMs with established platforms and manufacturing, and can mass produce, that are changing to electrification must tear up the current model and start answering difficult questions like where to put the batteries and the motors, or how to configure the propulsion in the given space.

The newer startups have the advantage of a blank sheet of paper. These automakers are discovering they can put motors in places you wouldn’t expect or wouldn’t be there traditionally.

For example, batteries are being put in the floor. However, this too opens a series of challenges such as ride and handling by putting the center of gravity lower, as well as durability because with that heavier weight — you don’t want the battery to fall out of the car. Engineers and developers are tasked with processing and analyzing how the loads hold up for new architecture designs. The fact that a car can look and be conceived in a different way impacts all traditional knowledge – basically you don’t know nothing.

Not knowing anything has its advantages because you have more freedom to how you physically layout the car. You’re not constrained with the combustion engine with all the ancillaries sitting at the front.

The other advantage for newer electric vehicle startups is that they generally don’t have siloed departments focusing on their specific tasks. They can build from scratch allowing organizations to focus on whatever they want, whenever they want. It’s only last year that Volkswagen launched the electric platform, which will be based on a single platform. On top of that, Ford and VW in Europe announced a partnership where they plan to accelerate their development into factory electric vehicles.

When moving from a traditional internal combustion to an electrified vehicle one of the big mistakes is assuming the electric driveline with its fewer moving parts is simple. But there’s more to building the EV than removing the engine and the fuel tank and replacing it with an electric motor, inverter and battery. It’s partly true in that the gearbox usually only has one gear, however, there are still a lot of complications that those new components can bring. A prime example is NVH. If you look at the earlier electric vehicle and hybrid models, the NVH was terrible. Once this issue was discovered, engineers could focus on solving the problem.

How they continue to solve the problem and ensure their vehicles meet customer expectations and vehicle performance is through using digital tools that provide simulation, validation and verification before the prototypes are created.

Things seem to be coming closer together. Across the mechanical, electrical and software domains, people are introducing different control strategies to tackle issues such as NVH, propulsion and battery. 10 years ago, if you asked an OEM to change control strategy to improve something like the noise and vibration they would call you crazy. Back then, those two domains would be so far apart that nobody was thinking about doing that.

That may be due to established automakers worrying not just about costs and competition, but about their own brand identity. For example, Italian sports car manufacturers who have to become more efficient due to regulations need to go to electrification. But how do you make an electric Ferrari sound like a Ferrari? And do you want it to make a fake V12 sound?

Brand identity and credibility might just be the biggest motivator pushing for more digitalization. Learn more about how adopting a digital twin approach can optimize electrified vehicle performance engineering. Click here to watch the on-demand webinar.

One thought about “Vehicle Electrification: how to accelerate engineering decisions”

This article first appeared on the Siemens Digital Industries Software blog at https://blogs.sw.siemens.com/thought-leadership/2019/12/16/vehicle-electrification-how-to-accelerate-engineering-decisions/