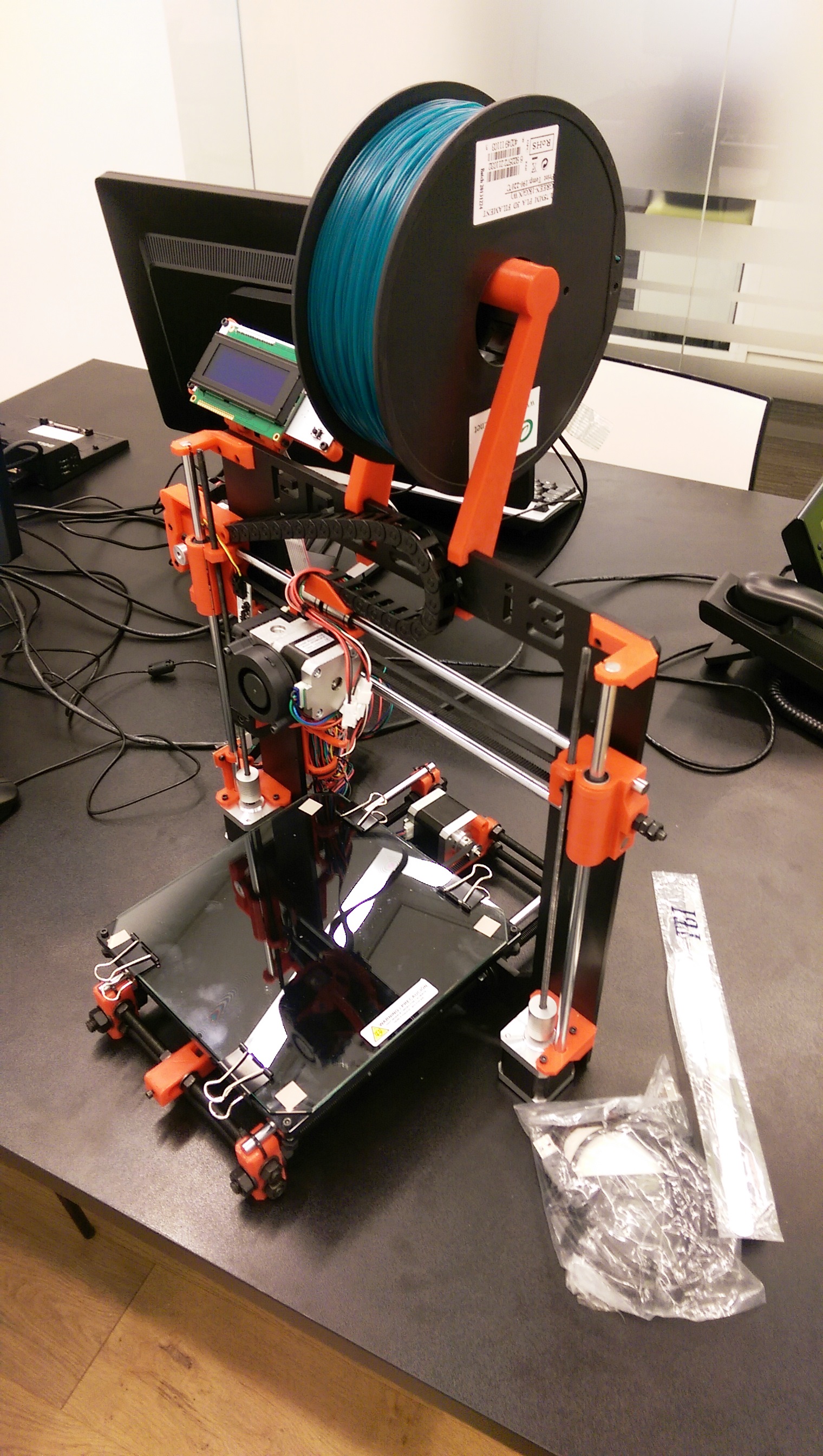 In the last couple of years, we switched to Agile, have run several Hackathons and we’ve registered a good number of patents. So what’s next, you ask? So did CEO Zvi Feuer, when he talked to the Innovation team. He told them he wants to turn the workers into ‘makers’! For starters, he suggested, let’s get a build-it-yourself kit, and have everyone join in assembling a…  3D Printer! Team head, Tali Segall, team member Moshe Schwimmer and the rest of the innovators wanted to use this as a chance to give the employees experience with some of the 3D technologies they’ve been checking out lately. So they came up with the idea of a hands-on exhibition – a “3D Party” with booths offering interesting, cool activities based on newer 3D technologies.

All the SPLM Israel employees who streamed into the big cafeteria last Wednesday morning were entertained, fascinated and had some fun.  In one corner, a team of 5 or 6 workers collaborated to put together the 3D printer, bit by plastic bit. This took a number of hours, so the team members kept changing, giving many a chance to assemble the large device.

Here are some of the 3D experience stations that drew us in: (You can also read about our subsequent 3D Printer happening.)

“So”, I asked Moshe, “what did we achieve here today?” “Well”, he told me, “besides the fact that everyone got to enjoy a nice ice cream on a stick, a lot of us were involved in building the 3D printer. And also, by circulating between the stations, people engaged with new technologies and brainstormed additional innovative uses. And we saw the fruits of collaboration between external startups and ourselves. It was a consciousness raiser about the new things going on out there. Habits and normal ways of work are changing – gestures and movements can now replace the mouse and keyboard.”

Don’t miss the “Makers’ Room” the next time you’re here, home to our new 3D printer, Arduino boards and a growing number of other devices. And remember, they’re there to use, not just to look at! This article first appeared on the Siemens Digital Industries Software blog at https://blogs.sw.siemens.com/tecnomatix/3d-party-the-fun-in-innovation/