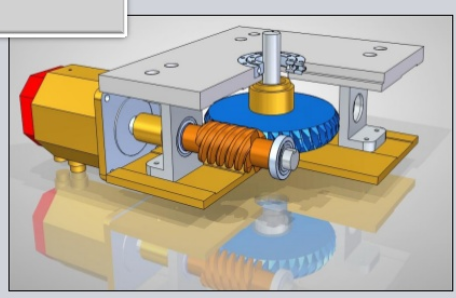 We’re doing something a little bit new at Solid Edge University this year. Some of the most popular technical sessions will be held on the main stage. For example, Art Patrick’s session What Everyone Wants to Know About the Latest in Solid Edge Assembly will be held on Thursday morning 8-9 AM on the main stage. This means you don’t have to sit on the floor, or stand along the wall to see what Art has to say this year.

In addition to being one of the more entertaining speakers you’ll see at Solid Edge University, Art knows his stuff. He’s one of the most knowledgeable people on the technical details of how the software works, and he’s the guy who specifies the changes in the software going into assemblies. I’m sure Art will talk about the new features in ST9, and I know that one of his favorite things will be the use of blocks in assembly layout.

There are a lot of assembly functions that users probably don’t get as much use of as they might, and combining Synchronous with assembly design is one of the things I know Art stresses a lot. I’d have to guess that some of the new Subtract assembly functionality will also be on his list.

Also, Art always makes some massively impressive original model for his SEU presentation. He puts that model through it’s paces using the new functionality in the product. I can’t wait to see what he’s come up with this year. He has done a huge cruise ship, an animated CNC machine, a roller coaster, and I’m sure a lot of stuff before I joined the team. Art’s stuff is always something to look forward to, and now that they’ve got him in a room where everybody who’s interested will be able to see his stuff, it’s even better. There are other sessions going on at the same time, and those are good too, but I kind of feel bad for the people leading them, because Art’s gonna get most of the attention in this time slot, I’d guess. See you there!

This article first appeared on the Siemens Digital Industries Software blog at https://blogs.sw.siemens.com/solidedge/stuff-to-do-at-seu-art-patrick-on-assemblies/