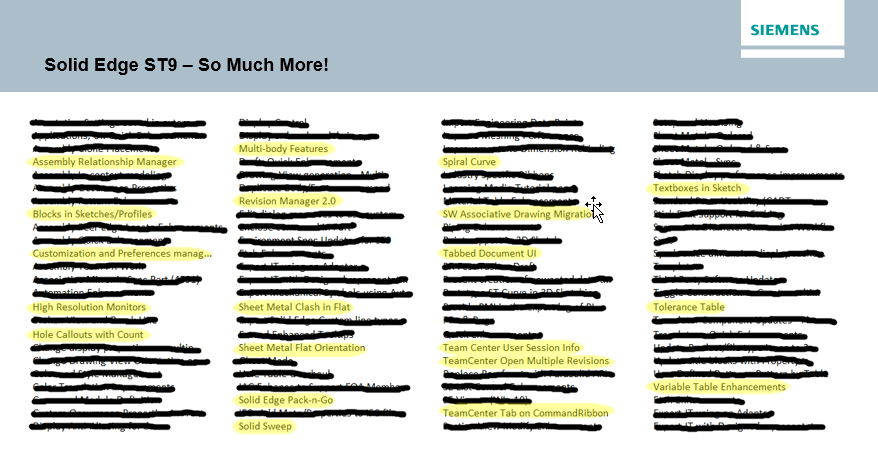 By now you’ve probably heard some of What’s New in ST9. A few of the features were announced back in October at Solid Edge University 2015. But (unless you’re a beta tester) whatever you have heard doesn’t compare to what’s really new. Here was Jeff Walker’s slide from SEU15. He got a good laugh from the crowd for this one. On Monday, May 16, all the thick black lines can be removed. I’ll be blogging furiously on some of these topics above. Some will be bigger than others, and will be worthy of more than one blog post.

This article first appeared on the Siemens Digital Industries Software blog at https://blogs.sw.siemens.com/solidedge/countdown-to-launch-st9/