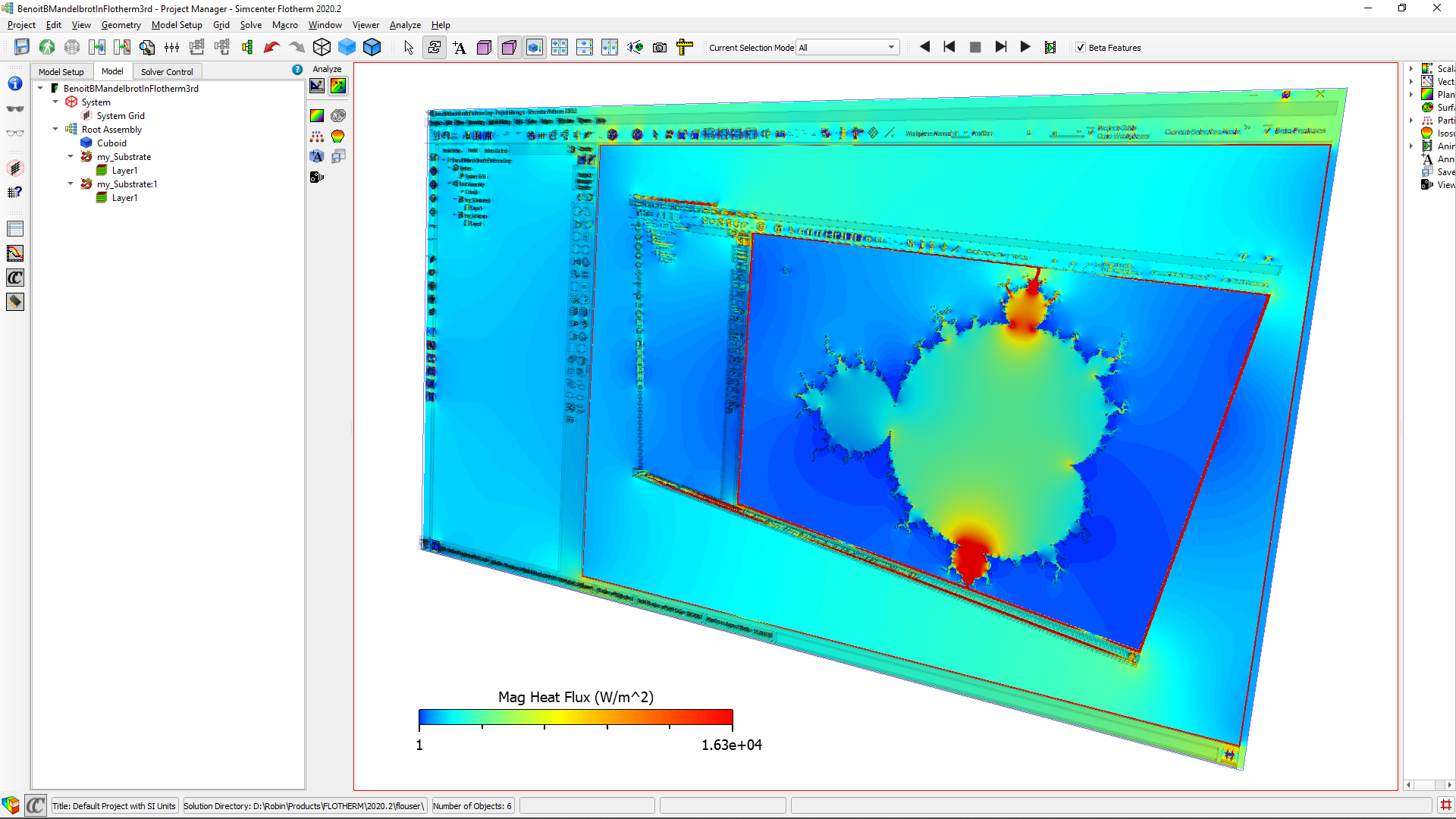 Although originally used to describe a fool or a freak, ‘geek’ nowadays is much less pejorative. For those of us with a particular and intense interest in mathematics, physics etc., the celebration of ‘Geek Pride Day’ on May 25th is a vindication. The Economist summed it up perfectly in an article in 2012 ‘…They may be mocked by jocks and ignored at parties. But these days no serious organisation can prosper without them.’

Thermal Simulation of a BMP

EDA tools such as Xpedition enable the design of PCBs and BGA substrates. The circuitry, the electrical routing, of such designs are considered as a series of 2D layers stacked on top of each other. This due primarily to the manufacturing methods that are used to construct these devices.

Simcenter Flotherm is a thermal simulation tool designed from the ground up to focus specifically on electronic thermal applications. It therefore has a range of methods to import 2D layered EDA data and from that construct 3D thermal representations, from direct native interfaces to more generic neutral interfaces.

Thermal Conduction within the Mandelbrot Set

It would be remiss of any geek not to use this capability for purposes other than its intended function. So, what would happen if you impose a temperature difference across a Mandelbrot set made of Copper, embedded within an FR4 substrate?

A BMP image of the Mandelbrot set is imported into Simcenter Flotherm, extruded just a little into a 3D shape, assigned Copper as a material and embedded in a rectangle of FR4. A fixed temperature of 100 degC is set on the bottom face of the solution domain, a fixed temperature of 0 degC set on the top. Sides are set to symmetric and a 2D conduction simulation performed.

As you’d expect, due to the high thermal conductivity of the copper Mandelbrot set, it attains a pretty uniform temperature. However, Simcenter Flotherm does more than just predict temperature, it enables insights into the reason for the temperature distribution. One way of doing this is to examine how the heat flows through the set, from the hot bottom to the cold top. This is done by plotting heat flux (W/m2) and animating the corresponding heat flow paths:

Note how the heat flow is channeled through the lower and upper ‘bulbs’ of the set. Being closest to both the hot bottom and cold top, the proximity of the Mandelbrot Copper does a good job at capturing and channeling that heat flow.

Fractals exhibit self-similarity. Similar geometric forms continue to appear as you zoom into the (boundary of the) set. In honour of this, let’s go from the sublime to the ridiculous and construct a model of Simcenter Flotherm modelling the Mandelbrot set. Just a question of taking a screengrab of the Simcenter Flotherm GUI with the Mandelbrot set model loaded, importing back in, extruding it and applying the same material properties.

The same top and bottom thermal boundary conditions are then applied and the thermal conduction through the Simcenter Flotherm GUI (including the Mandelbrot set) is predicted.

As before, the big block of Mandelbrot Copper conducts much of the heat from bottom to top. The GUI bottom message bar and top title bar also facilitate the flow of heat, but not much heat chooses to flow through the GUI low conductivity FR4 whitespace, as you’d expect (even if you hadn’t had reason to think about it).

So what does the ‘B’ stand for?

Happy Geek Pride Day everyone, wear your geek with pride!

This article first appeared on the Siemens Digital Industries Software blog at https://blogs.sw.siemens.com/simulating-the-real-world/2021/05/24/happy-geek-pride-day-but-what-does-the-b-stand-for/