Well of course cows can’t fly, not udder their own volition anyway. As with any body placed in an air steam, they will however experience lift and drag. Lift is the force experienced perpendicular to the air flow direction, drag is the force experienced parallel to it. Fundamental and well studied phenomena when it comes to aircraft, less so with farm animals. Until now that is! In this second part of this blog series Sergio and I look at lift and drag at various oncoming air speeds and pose the question “At what air speed will the lift force outweigh the cow?” 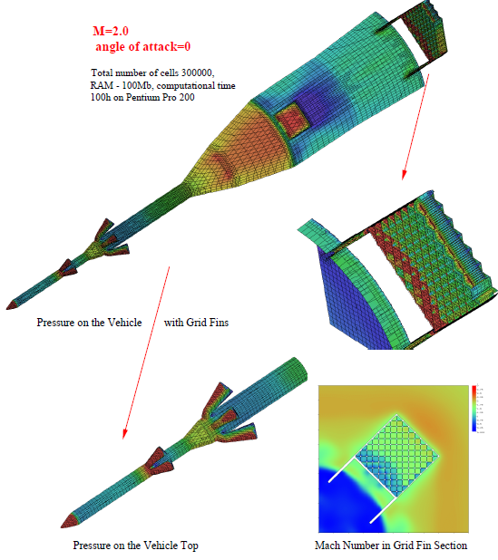 FloEFD can trace its roots back to the Moscow Institute of Physics and Technology where it was developed in the 1980s, first released as the aerodynamics CFD code AeroShape-3D. The USSR did not have access to the same compute power that was becoming widely available in the West and so the CFD technology that was developed at that time had to satisfy not only the primary requirement of accuracy, but also only requiring limited computational effort. Such a foundation serves FloEFD well today, being able to produce accurate results using few mesh cells, providing results on industrial design timescales. 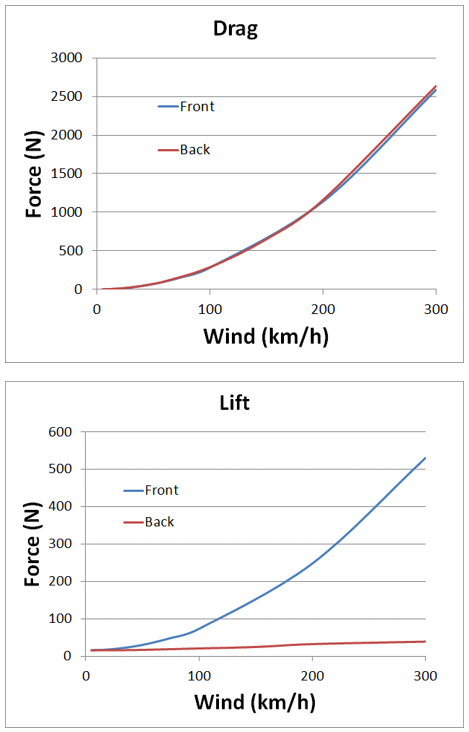 Using values of air speed for breeze, wind, gale, storm and hurricane (according to the Beaufort Scale) we used FloEFD to compute the overall lift and drag force experienced by the cow with the wind approaching from the front and from the back (remember that we’re seeing if there’s any aerodynamic reason why cows always face away from the oncoming air). Easy enough to do in FloEFD, just requesting the net force in the relevant direction over a set of CAD surfaces, in this case all surfaces that make up the cow, results summarised in the two graphs.

As far as drag is concerned, it makes little difference which direction the cow is facing. Lift is another matter though. When facing front the cow experiences much more lift compared to when it is facing the other way!

Is this the reason why they face the other way? Has Darwin ensured that those cows that did have a tendency to face the wind didn’t last long enough to bear more cows? Will we witness a future where plane wings are shaped as cows?

Suffice to say that at some air speed the lift force will be enough to counter the cow’s weight. A simple extrapolation of the lift force vs. wind speed diagram indicates that this will occur at ~1000 km/h. At that point the cow won’t be able to stop being lifted off the ground. (OK, OK, let’s gloss over the fact that the drag force will have already pushed the cow backwards, likely onto its face. Let’s also be aware of the fact that no such ground level air speed has ever been recorded, not without a lot of heat and destruction going on as well). Turn that around and we’d also see that when a cow ran at 1000 km/h, it would take off.  (OK, OK, let’s gloss over the fact that no cow I’ve seen can run that fast. Let’s also be aware of the fact that as soon as it took off it would stop being able to run and would crash back down).

So, technically cows can fly, they just don’t know it. At such speeds things also tend to get a bit supersonic. If for no other reason that to explore the formation of shocks over a cow’s face, we’ll get onto Part 3 next.

Please note: no cows were injured in the making of this blog.

If you can’t wait for the next part in this blog series then check out our white paper debunking the 10 Myths of Computational Fluid Dynamics!

This article first appeared on the Siemens Digital Industries Software blog at https://blogs.sw.siemens.com/simulating-the-real-world/2015/09/21/can-cows-fly-floefd-investigates-part-2-aerocownamic-lift-and-drag/