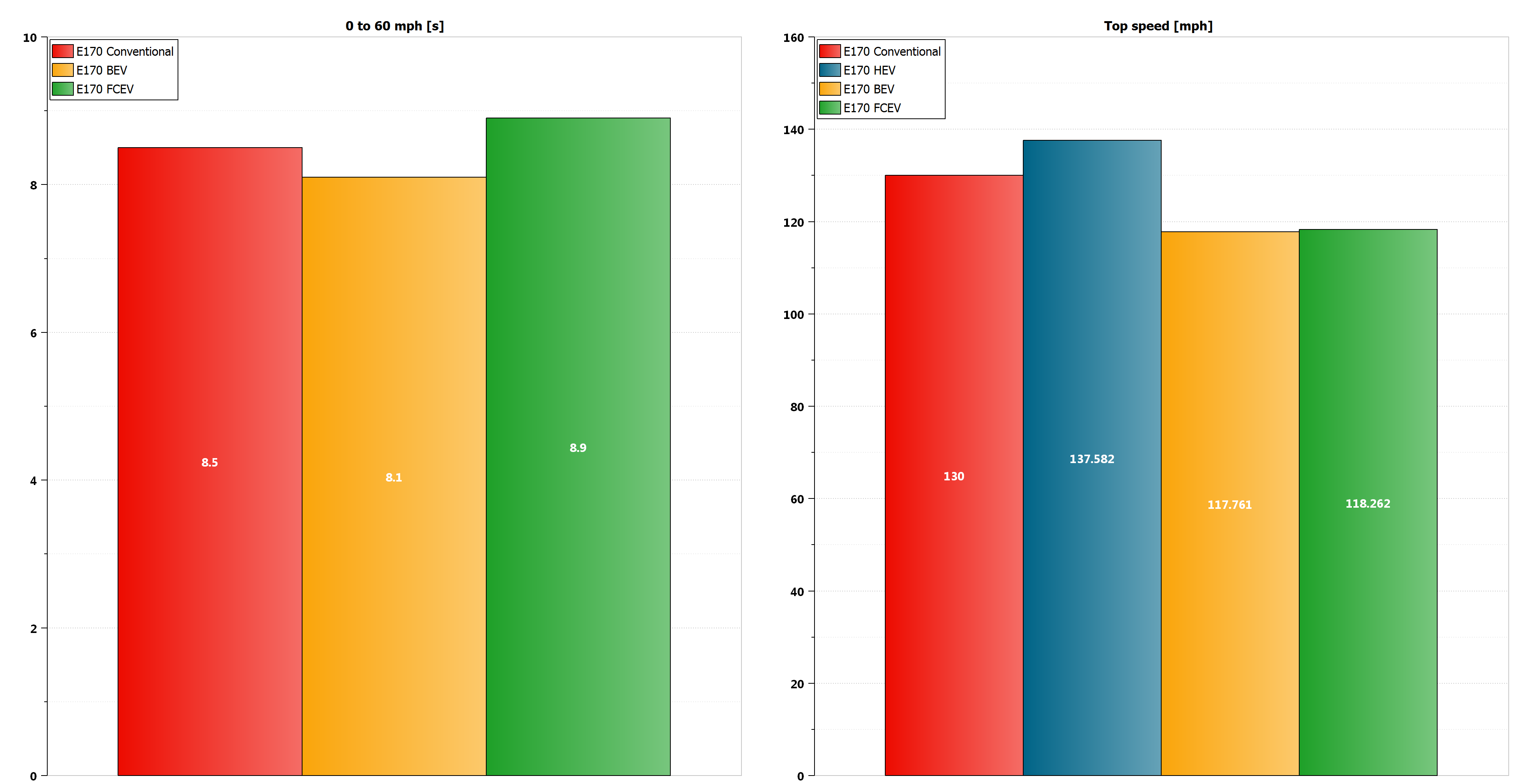 Few weeks ago, we went through technological evolutions that led to the success of the Toyota Corolla.

In this follow-up post, we propose to switch from a retrospective to a prospective usage of Simcenter Amesim by exploring what could be the technological future of the world’s best seller Toyota.

We will compare the following powertrain technologies with the conventional eleventh generation of the Toyota Corolla:

The Simcenter Amesim model is taken from the demo models available: The parameters are found on the web for the 3rd generation of the HSD powertrain and the 2ZR-FE engine maps are generated using the engine tables creator.

The driving cycles chosen for the comparison with conventional Corolla are the same as in the previous post: Simulation results are shown below: It is clear that the benefit of the hybrid electric vehicle (HEV) powertrain is higher on the FTP75 cycle as it contains more accelerations and decelerations (urban profile), meaning more kinetic energy to recover.

The 2019 Toyota Corolla will come with the 4th version of the HSD powertrain and EPA fuel consumption figures will probably be much better that the ones showed here.

Next step of electrification would probably be a battery electric Toyota Corolla. It is particularly relevant as Toyota announced a partnership with Mazda and established a dedicated Electric Vehicle division.

The Simcenter Amesim model is depicted below: Again, as for the previous models, the modeling approach is the simplest one (quasi-static models, no thermal management). The model is taken from the standard Simcenter Amesim demo models. The electric powertrain parameters are considered arbitrarily as below:

The electric machine parameters have been generated using the Electric Motor Tables Creator: The simulation results are compared with the conventional and HEV powertrains results: Of course, fuel consumption is not relevant anymore, but it is interesting to compare the range on HWFET cycle and top speed which are clearly not in favor of the electric vehicle. To make the comparison a bit fairer, we should consider local emissions impact, cost of ownership and complete life cycle assessment, and that could be the topic of a dedicated post.

A more detailed analysis of a battery electric vehicle is presented in this on-demand webinar: Evaluate your electric vehicle architecture to reach the best trade-off between performance, range and comfort.

Finally, we considered a fuel cell electric variant of the Toyota Corolla (similar to the Mirai):

This model is also carried-over from the demo models portal. The vehicle, electric motor, gear ratio and driving cycle are the same as for the previous configurations. The fuel cell data are set to default values:

The results are compared below: Note that we didn’t take the time to compare all the architectures in terms of range.

To conclude, we presented how to quickly compare several powertrain architectures without the need of many data and starting from ready-to-use template models. This enables to make early engineering decisions based on trends for attributes of interest.

4 Myths about AI in CFD April 6, 2021 As Artificial Intelligence (AI) has become more ubiquitous in our everyday lives, so too has confusion about what it is…
Is e-bike noise an issue? Quit whining! June 2, 2021 E-bikes become quite popular these days. Besides the operating range, also the generated noise is an important quality aspect for…
The fast and the obvious - battery pack thermal simulation October 14, 2021 Simcenter STAR-CCM+ 2021.3 makes it fast and obvious to enable 3D electro-thermal simulation for battery pack thermal management design.
This article first appeared on the Siemens Digital Industries Software blog at https://blogs.sw.siemens.com/simcenter/toyota-corolla-perspectives-for-the-worlds-most-popular-car-part-2/