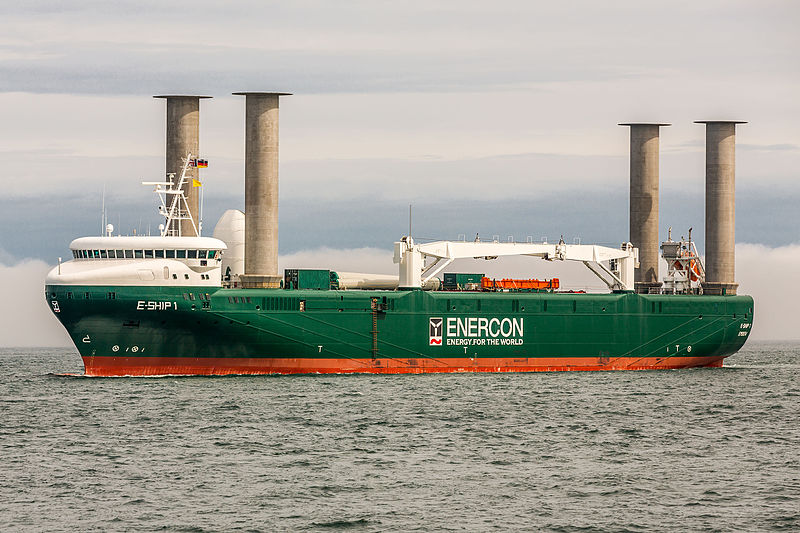 Climate change is a challenge looming over human life and ecosystems. Now, the maritime industry faces new challenges in reducing its carbon footprint. Everyone in this industry must comply with International Maritime Organization (IMO) marine regulations. These regulations are increasingly targeted at drastically reducing carbon emissions. To help the industry design innovative vessels, Siemens, with its Simcenter portfolio, provides tools that will help you meet IMO regulations.

In this post, we will see how Simcenter Amesim can help you assess the gain in terms of fuel consumption and greenhouse gas (GHG) emissions by retrofitting Flettner rotors, or rotor sails, to an existing ship.

The model will account for realistic weather conditions during a north Atlantic crossing, where the wind velocity and direction will change along the route in a range of what is to be expected, on average, for this specific travel.

Flettner rotors were invented during the 1920s by Anton Flettner, an aviation engineer. When rotating, the rotors generate a propulsion force due to the difference in the airflow velocities and pressures on both sides of the rotor; this is called the Magnus effect. This effect is well known to the general public, as it causes football players freekick to bend and score.

In this example, we take an existing cargo ship with only diesel engines and evaluate its fuel consumption during a north Atlantic journey from Europe to the United States. For accurate simulation, we also consider the hotel loads, the auxiliary engine fuel consumption, and the effect of the wind, waves, and current on the hull resistance.
Then we run the same simulation, but this time with retrofitted Flettner rotors. Simulating the different number of rotors installed, from 2, 4, or even more, is easy. In this example, we only added two.

When using wind-assisted ship propulsion systems, their influence on the total fuel consumption will not be the same depending on the vessel’s cruise velocity. As the thrust they provide is linked to the wind velocity and direction, their contribution to the total thrust becomes lower as the ship goes faster.
This example showcases three different cruise velocities: 20 knots, 18 knots, and 15.

Power consumed by the rotors

These plots show the power consumed by the Flettner rotors, approximately 200 kW in a steady state. The negative values of power mean that the rotors are slowing down in order, for example, to reverse the rotational direction.
The plot on the left side shows the amount of fuel needed with and without the rotors. Adding the Flettner rotors increases the fuel consumption of the auxiliary engine by 5 tonnes.

Finally, we can plot the total fuel consumption and CO2 emissions, compute the different gains when the ship is retrofitted with the rotors and/or reduce the maximum velocity.

The gains in fuel consumption and CO2 emissions are between 8 and 21%, depending on the maximum velocity. As expected, the relative gains are higher when the maximum velocity is reduced. Moreover, the gains are up to 68% when we compare the 20-knot case without rotors and the 15-knot case with two rotors.
To conclude, this model shows the benefit of wind-assisted propulsion when the cruise speed is reduced. Moreover, this model is flexible as it allows you to easily test different numbers and sizes of rotors and the propulsion system performance on other routes.

Watch the video below to learn more on this feature:

How to use digital tools to meet EEXI targets across your… February 4, 2022 In June 2021, the International Maritime Organization (IMO) adopted amendments to MARPOL Annex VI that introduced an Energy Efficiency Index…
6 myths about CFD for ship design October 15, 2021 Are you being held back by outdated ideas on CFD simulation? How many of these myths have you heard?
Cape Horn Engineering use marine CFD simulation to optimize… April 22, 2021 Cape Horn Engineering use Simcenter STAR-CCM+ to assess the performance of racing yachts and commercial vessels. Watch this webinar to…

This article first appeared on the Siemens Digital Industries Software blog at https://blogs.sw.siemens.com/simcenter/this-propulsion-will-blow-your-mind/