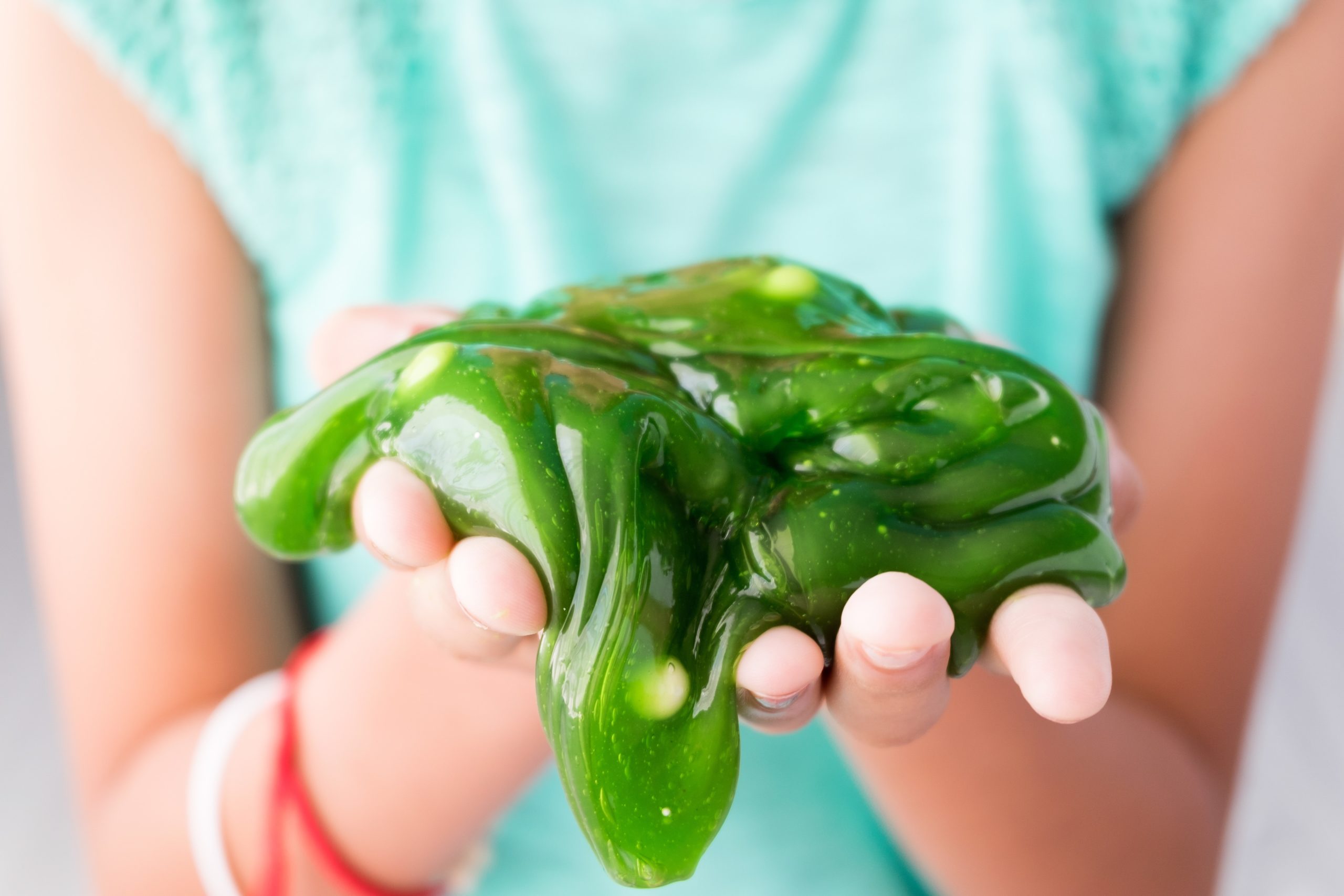 Slime is considered to be a viscoelastic substance, this means that it exhibits both viscous and elastic characteristics when undergoing deformation. Very simply viscosity is a measure of a fluid’s resistance to flow and elasticity is the ability of an object or material to resume its normal shape after being stretched or compressed.

A viscoelastic substance displays elements of both of these characteristics by dissipating energy when a load is applied, then removed and having a shear rate dependant on time. Slime behaves primarily as a viscous liquid with elastic solid properties.

Although the viscoelastic behaviour of polymers is well understood, this behaviour tends to be forgotten across many industries and applications, in particular in plastic pipes.

Why is this important?

While slime can be a lot of fun, in industrial applications it could be very dangerous (and messy). Hydraulic transient analysis is important in the design of piping systems for the selection of pipe materials and for the specification of surge protection devices. Classic water hammer theory is relatively accurate to describe hydraulic transients in metal or concrete pipes; however, it is considerably imprecise for plastic pipes due to their viscoelastic properties, particularly when surge is generated by rapid changes in flow conditions for example a valve closure. The viscoelastic behaviour in this case is characterized by an instantaneous elastic strain followed by a gradual delayed strain for an applied load. This delayed behaviour of the pipe wall causes a significant decrease in the transient pressure oscillation and increases the dispersion of the pressure wave.

This behaviour is not usually properly accounted for in systems design, as transient events are evaluated either by rules of thumb or by classical transient simulators. The assumptions associated with these formulations are unrealistic and can lead to unexpected catastrophic failure of fluid systems.

How can we model this to create safe systems?

The ability to quickly and accurately model hydraulic transients is vital to the development of successful projects. They can ensure that the solution is both safe whilst being cost effective.

The graph below shows several modeling approaches; the classic water hammer approach is shown in blue and the pressure surges in the fluid can be clearly observed. This method is then combined with unsteady friction to produce greater energy dissipation (yellow).

The final approach combines the more typical unsteady friction method while introducing additional terms for pipe-wall viscoelasticity. The results of the simulation were compared with experimental data to validate the numerical simulations. While Simcenter Flomaster has been able to model water hammer and unsteady friction for a long time, the viscoelastic approach has been recently introduced to provide an accurate prediction of transient fluctuations in the wall due to pressure. This accounts for the disagreement that is observed between unsteady friction simulations and measured results through the introduction of the viscoelastic hydraulic transients in plastic piping. It also highlights the importance of using the right level of fidelity in a model to observe the expected response against the simulation time.

There are many different versions of slime available online but this is our favourite as it can be made with common materials that you can easily find in your kitchen (you might even find them in your office kitchen).

When you added the vinegar to the milk, it caused the milk’s protein, casein, which is a polymer, to separate from the liquid part of the milk and clump together to form solids. Casein is used in adhesives, paints, and even plastics. The baking soda neutralizes the vinegar, which allows the casein to go back to its liquid form and create a wonderful form of slime.

One thought about “Slime modeling and why you should care”

This article first appeared on the Siemens Digital Industries Software blog at https://blogs.sw.siemens.com/simcenter/slime-modelling-and-why-you-should-care/