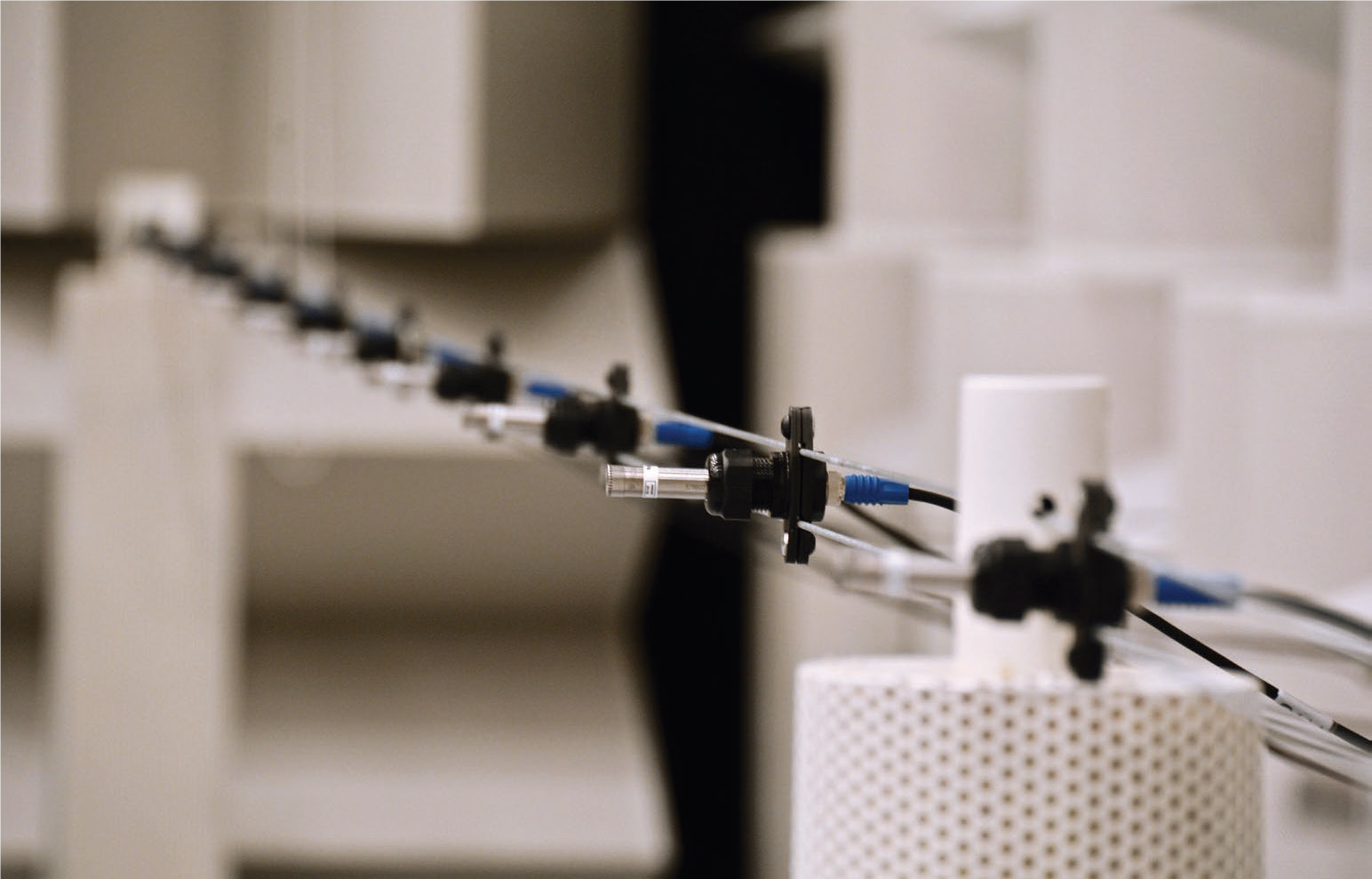 A long time ago, pass-by noise (PBN) testing used to be about handheld sound level meters with a needle and a peakhold function. Noise limits were over 82 dB(A) for passenger cars

The good old days? Not really…

There is plenty of evidence showing how road and traffic noise impacts our daily lives. According to the European Environment Agency in its 2014 report Noise in Europe (1), 125 million Europeans (or 1 in 4) are affected by noise levels exceeding 55dB(A), 20 million are annoyed daily, 8 million suffer from sleep disturbance, leading to 43,000 hospital admittances in noise pollution related diseases such as hypertension and cardiovascular diseases, with an estimated 10,000 premature deaths annually in Europe.

Vehicle makers have been forced to lower their noise levels since the 1970’s considerably, to a new low level of only 68dB(A) for passenger vehicles by 2024. By that time, we will need more than 30 vehicles to produce the same noise as 1 single 1970’s vehicle used to make.

In 2019, PBN is about preparing for lower noise limits that are coming up. These require more engineering. So, we don’t primarily talk about PBN Testing or Certification, but about PBN Engineering. Lately, the concept of PBN Prediction is also entering its way into industry.

Lower limits are expressed in more stringent regulations and testing standards. The two leading norms are ISO 362-1 which is in its latest 2015 version (see 2), and UN ECE Regulation 51.3 which has its latest supplements documented in Amendment 4 (see 3). Regulation 51.3 contains the mentioned lower limits, while the ISO standard focuses on defining the technical test. A special provision was added to ensure that sound emissions are proportional to engine & vehicle speed when tested at different speeds. These are called Additional Sound Emission Provisions (or ASEP) and are documented in Annex 7 of Regulation 51.3. The goal is clear – ASEP aims to show the reported noise level is not obtained by fixating too much on the target conditions of the test itself. In other word: prevent cheating.

A vehicle is not consisting of a single noise source: there is the powertrain, the exhaust, tail pipe, intake, and the tires. So, achieving these lower limits requires deep insights into each noise source and its contribution to the overall PBN noise level. Traditionally, this is done with sub-system masking. That means PBN test teams mask on the vehicle prototype one particular source, for example an extensive muffler/silencer is applied on the exhaust. By subtracting the corresponding noise levels from the original configuration without masking, they can calculate the contribution of the exhaust to the overall noise level. This requires extensive testing.

More testing means more pressure on the available test track time. The test track can be optimized by allowing multiple vehicles on the same test track. This typically works well with oval test tracks. While one vehicle has finished its pass-by run and is driving back to the start, the next vehicle can already use the track. Up to four or five vehicles driving around at the same time is no exception. But it can also be used in figure-8 style test trackswith a bit more precaution and rules.

More engineering requires smart methods. Newer, state-of-the-art methods rely on Airborn Source Quantification (ASQ), which is a Transfer Path Analysis method. ASQ measures the transfer of sound from the different sources to the PBN microphone on the side of the track. Or more commonly, to the array of microphones in the in-room PBN facility. The ASQ method models the local behavior of these complex sources with virtual monopoles around these sources, by using local indicators microphones and transfer functions to the transfer path points. The operational data of these indicators – obtained by doing the PBN run – is then used in a matrix inversion calculation to calculate the operational loads of the sources. Latest advances show how component based ASQ/TPA allows to predict the contribution of component B to vehicle A, while it is only measured on a component test bench and not integrated in the vehicle (see 4).

Answering the need for more testing, which typically all must be done outdoors, an addition was made in ISO 362-3:2016, to allow in-room certification. Implementation in Regulation 51.3 is pending. The most crucial part of that extension is the method on how to deal with tire noise. When driving in-room, the tire noise is highly overestimated, making the entire measurement not representable for the outdoor test anymore. Therefore, a new tire noise model is formulated that defines tire noise being composed of a free rolling noise (FRN) part and a torque influence (TI) part. Together, they form a model of five parameters that can be determined by solving a linear set of equations. The FRN is a function of vehicle speed and it requires several coast-down measurements. The TI is a function of the acceleration and can be determined in several ways. Either experimentally using the global method or estimated using the simplified method. For the global method, the tire should be on the vehicle, outdoor on the test track, and loaded with different accelerations, starting at different speeds and in different gears. Loading the tire means powertrain noise would be in the data. To avoid that, either the tire should be applied on an electrical vehicle, or on a so-called silent vehicle where all noise sources are completely masked. The latter is expensive, but also severely changes the behavior of the vehicle as a lot of mass is added. If it’s not possible to determine the TI experimentally, it is possible to use a simplified method, which estimates the two unknown parameters of the TI part using a fixed relationship with the other parameters.

A novel way, which is not changing the standard, is to consider the TI as a function of the product of vehicle mass and acceleration. This allows to make tire noise models independent of the vehicle mass. A tire noise model obtained on vehicle A can now be applied on a different vehicle B.

A more recent extension to the standards is to increase the analysis zone after the throttle release of the vehicle, until the rear passes the 20 m mark. This aims at catching possible backfire noises of high-power cars that typically occur after releasing the throttle. In practice, in-room PBN facilities are just not long enough to account for 10 m of extra space. Several proposals are currently discussed in ISO on how to extrapolate the existing array data into virtual microphones that together give a PBN overall level representable for the exterior noise.

To conclude, these lower PBN levels can only be reached by using state of the art PBN engineering and prediction methods. In doing so, these will contribute considerably to shape the sound scape of urban areas in the next decades, and make them nicer places to travel through or live in. Simcenter Testlab 2019.1 has further extended its testing and engineering capabilities with up-to-date testing standards both for outdoor and indoor pass-by noise testing, tire-noise modeling, multi-vehicle driving, ASQ-for-PBN, and tools for subsystem masking.

Are you looking for more information to understand the latest PBN engineering methods? Register for this free webinar that we just updated here.

4 Myths about AI in CFD April 6, 2021 As Artificial Intelligence (AI) has become more ubiquitous in our everyday lives, so too has confusion about what it is…
Drone noise: an inconvenient truth? September 8, 2021 Drone noise can destroy a business with an estimated value of 33 billion dollars by 2030. Simcenter 3D Acoustics can…
Model-based design from ICEs to ICUs: Bridging the… November 10, 2021 The events of the past few years have turned global attention towards health and, more specifically, healthcare. From the images…

This article first appeared on the Siemens Digital Industries Software blog at https://blogs.sw.siemens.com/simcenter/simcenter-testlab-2019-1-answering-trends-in-pass-by-noise-engineering/