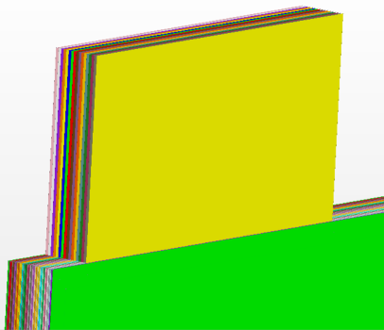 Simcenter BDS 2019.2 is now available for download. For this release, developments and new features focus on the performance gains in the Distributed Model and the RCR model export to Simcenter Amesim.

The software development team worked on the optimization of the Distributed Model code, leading to significant results in computation performance improvements. Of course, it is important to note that performance will depend on the specifics of each simulation, but in some cases, an x2 speed up has been observed.

For the benefit of our users working on battery modeling at various scales, Simcenter battery solution experience has been greatly improved thanks to the ability for Simcenter Amesim to import a TBM file.

This release supports RCRTable model but will support other models in the future. This provides a consistent model formulation from the cell to pack to the system level, facilitating the model exchange at various scales. The expected model performance output should be similar at all levels, and this prevents any errors when trying to translate a cell level model from one software package to a system-level model in another software package. A stack representation without packaging

4 Myths about AI in CFD April 6, 2021 As Artificial Intelligence (AI) has become more ubiquitous in our everyday lives, so too has confusion about what it is…
If you can’t take the heat… Simulate it! Reducing VTM costs… June 10, 2021 Find out how to efficiently and accurately simulate VTM using Simcenter Engineering's multi-fidelity workflows.
What's New in Simcenter 3D 2021.2? June 22, 2021 Learn more about Simcenter 3D 2021.2: enhanced auralization, improved turbomachinery analysis, new material models & multiple tabbed windows.
This article first appeared on the Siemens Digital Industries Software blog at https://blogs.sw.siemens.com/simcenter/simcenter-bds-2019-2/