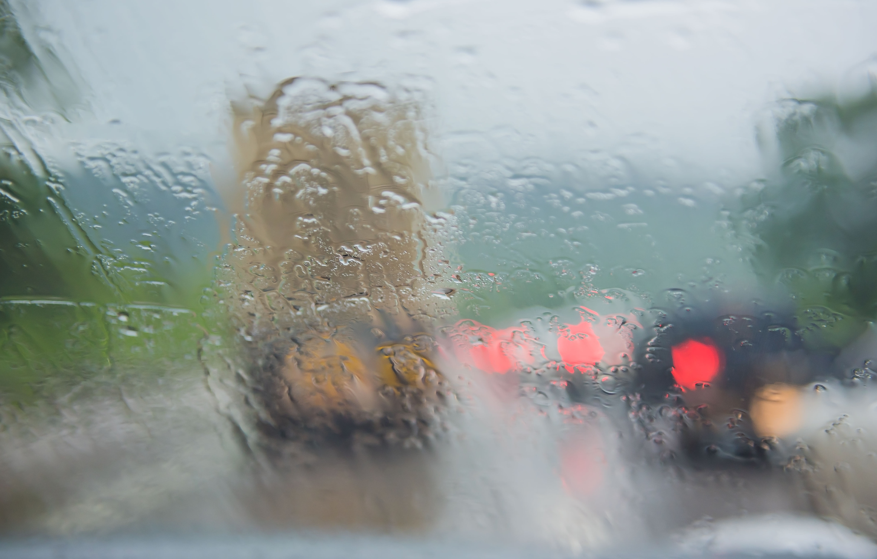 After much deliberation, I recently purchased a new car.

As is always the case in these things, my buying decision was heavily influenced by a charming and enthusiastic sales guy, who excitedly described all of the wonderful new safety features that would make this particular vehicle a “must buy.”  He was particularly excited about the automated braking system that continuously uses sensors to scan the road ahead looking to identify potential threats.  Having identified a threat, the vehicle automatically decides to apply the brakes, bringing the car safely to a halt, before any human driver could have reacted. Even more impressively, in active cruise-control mode, information from the sensors is used to adjust the speed of the vehicle to driving conditions, effectively leaving me to control the steering while rest of the driving functions are automatically controlled by the car. Since purchasing the car, I can tell you that the sales guy was half correct in his enthusiasm. You see, while the automatic braking system seems to work perfectly in the sunny conditions of a New York summer, as soon as we hit the “snow with heavy rain” conditions that are typical in a New York winter we found that the system didn’t work quite so well. To use the words of the big warning sign that flashes up on my dashboard:

This is worrying for a few reasons. Firstly, wet and snowy New York winters are precisely the time when the risk of accidents is highest, so having a “fair weather” automated driving system makes little sense. Secondly, although most of us are perfectly capable of making our own braking decisions, advanced driver-assistance systems (ADAS), systems such as this one are a vital component in the development of autonomous (self-driving) vehicles.

Both the European Union and the United States are mandating that all vehicles are equipped with both autonomous emergency braking systems, and forward-collision warning systems by 2020.  For today’s drivers who grew up driving without automatic driving aids, they represent something of a novelty. However, when they are fitted on all cars, drivers will become more and more reliant on them. Sensors are the eyes and ears of a modern automated vehicle, providing a stream of information on the surroundings and environment that are used by the ADAS to make driving decisions. It is becoming increasingly critical that automated (and semi-automated) vehicles are not rendered “blind and deaf” by inclement weather, an unfortunate splatter of mud, or even a carefully aimed bird dropping.

Vehicle designers and suppliers are working hard to find ways of keeping sensors clean. One solution is to use a liquid cleaning device, similar to the vehicle wiper systems to keep the sensors clean. This would add both additional weight to (mainly from the liquid) and increase maintenance requirements for the vehicle, and possibly become a source of aerodynamic drag and aero acoustic noise.

Today, it is common to use simulation to look at the aerodynamic drag of vehicle to the acoustic noise. A new challenge is including dirt/water management as part of the aerodynamic design, something that is very difficult to achieve without extensive simulation.

CFD Simulation allows engineers to solve problems before the first prototype is built, reducing the high costs of making changes late in the design cycle, however, rather than just modeling aerodynamics, the simulation needs to account for a multitude of physics, including the influence of rain, dirt-particles, and snow and ice. It also needs to be able to simulate the melting of ice on a windshield and the fogging of headlamps.

Water interacts with a car in many different ways. You have particles, but you also have rivulets, continuous films and pools. You have phase change from liquid to solid, from gaseous to liquid and vice versa. The sensors don’t always sit, where primary impingement of droplets takes place. Quite often the droplets change into a rivult and then the rivulet runs on the surface into a cavity where the sensor sits. Or it impinges on the windscreen, builds film, accumulates at the A-pillar, pushed there by the wiper, travels partly over the A-pillar to separate again and re-impinge at the side window to pin there in some areas but to run on in others. Phase change is important to model things like fogging or –deicing.

Multiphysics CFD simulation can also help vehicle designers understand the stresses caused on the underside of a vehicle as it drives through a large puddle or the influence on steering during hydroplaning. Simulation allows engineers to explore the trade-off between styling, aerodynamic drag losses, acoustic noises, and rain/dirt management, from the very earliest stages of a vehicle program.

On September 5th, you can listen to Daimler describe how they use extensive simulation using Simcenter STAR-CCM+ during the vehicle development process to ensure that Mercedes Benz vehicles display superior water management capabilities:

4 Myths about AI in CFD April 6, 2021 As Artificial Intelligence (AI) has become more ubiquitous in our everyday lives, so too has confusion about what it is…
Is e-bike noise an issue? Quit whining! June 2, 2021 E-bikes become quite popular these days. Besides the operating range, also the generated noise is an important quality aspect for…
If you can’t take the heat… Simulate it! Reducing VTM costs… June 10, 2021 Find out how to efficiently and accurately simulate VTM using Simcenter Engineering's multi-fidelity workflows.
This article first appeared on the Siemens Digital Industries Software blog at https://blogs.sw.siemens.com/simcenter/sensor-malfunction-active-safety-functions-disabled/