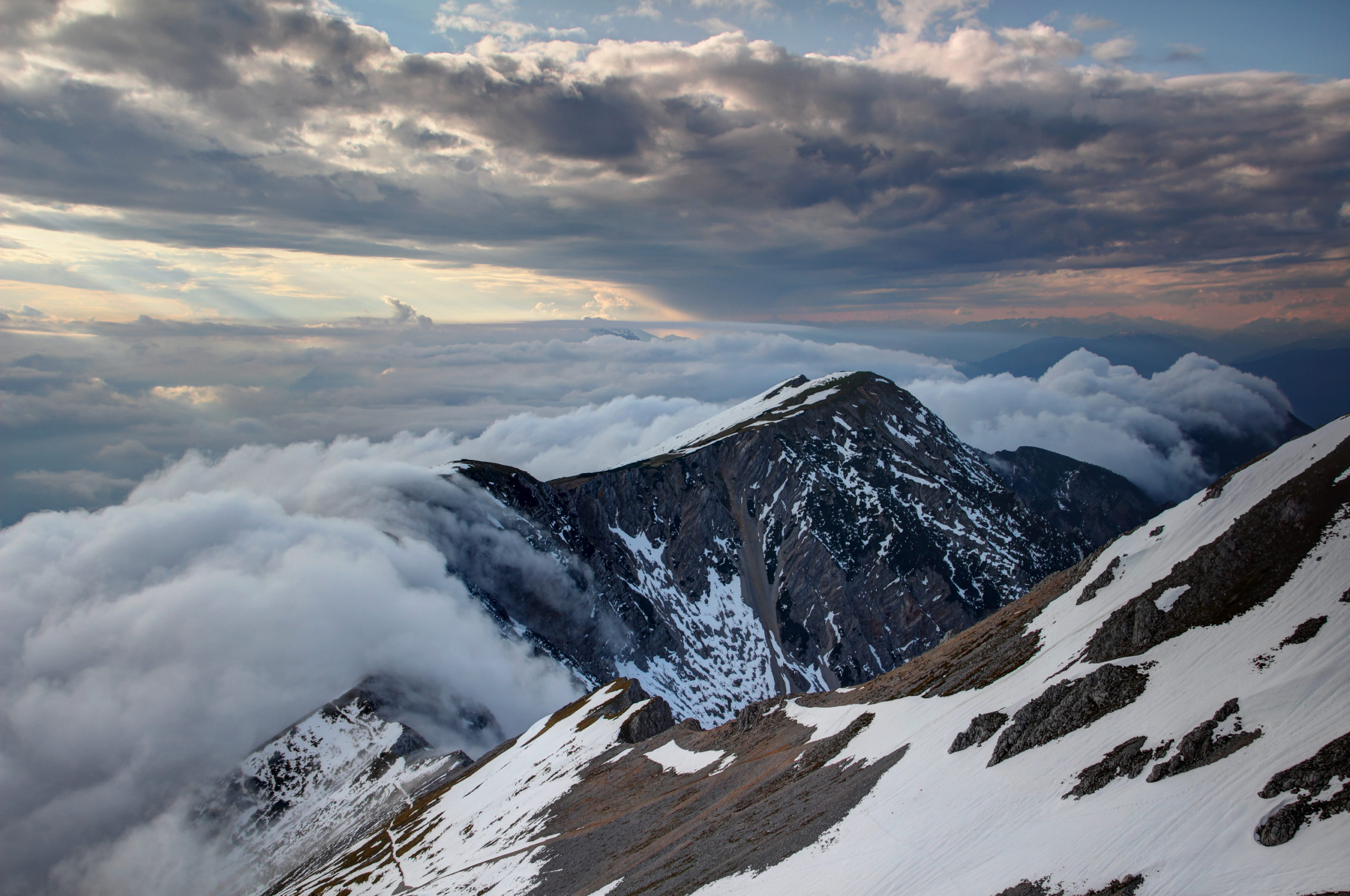 With the ski season fully underway, I thought this would be a good time to turn our attention to mountains, specifically the effects of weather in the Alps and what causes the warming and drying of air. This is something that skiers, snowboarders and residents of mountainous regions should be familiar with.

What I am talking about is the Foehn (Föhn) effect, which regularly impacts weather conditions, not just locally but often for hundreds of kilometres downwind. Simply, this is a change from wet and cold conditions on one side of a mountain to warmer and drier conditions on the other (leeward) side. This effect can often lead to massive temperature differences with the greatest being on the 14th January 1972 in Montana, USA. Within 24 hours the temperature changed from -48°C to 9°C, this is a temperature increase of 57°C!

While we don’t see extremes like this in the UK, the Foehn effect is most prevalent across the Scottish highlands where the high ground along the west coast results in wet weather. In contrast to this the lower ground across the east of Scotland enjoys warmer weather with more sunshine.

How does the Foehn effect work?

When air encounters a mountain it is forced upwards, as the pressure decreases with altitude this causes the air to expand and cool. As the colder air is less able to hold water vapour, the water condenses and forms clouds. These then release the water as rain or snow above the mountain.

This can enable us to draw two initial observations, firstly snow is only usually at the top of mountains and heavier on one side. Additionally you have probably observed a cloudless sky on a summer’s day with only a few clouds forming around mountain peaks. These are both due to the pressure and temperature drop which result in cloud formation.

As the clouds form and then precipitate the fluid is changing from a vapour to a liquid state, this results in an irreversible heating effect due to the removal of moisture from the air. The flow of drier air passes over the mountain peak and down the leeward side which results in warm dry air. This is a great example of atmospheric thermodynamics and which can now be demonstrated in Simcenter™ Flomaster™.

The image above shows the wet air on the left (windward side) that is forced up the mountain, this causes it to cool and then condense to form clouds. This then causes it to rain which results in moisture being lost and a gain in heat. This warmer air descends on the leeward side and promotes evaporation. This image only tells half the story though as we can’t see the humidity change.

Why is this important?

The Foehn effect can lead to a number of positive effects, mainly regions that experience this heating effect have drier climates which result in longer growing seasons. It does however have a number of negatives too. If we look back to skiing the warmth from the Foehn effect is good for tourism but it increases the risk of avalanches, it can also cause glacial melt and flooding along with contributing to the loss of ice shelves in Polar Regions.

There are also claims of Foehnkrankenheit (Foehn sickness) among people in alpine regions which recent studies have suggested that there might be some truth in this as they have shown correlations with migraine occurrences.

This shows why complex physical phenomenon are very important to be able to understand fully and model accurately. We here at Siemens strive to understand these effects so that you can quickly model solutions with the highest levels of confidence and accuracy in the results.

Multiscale simulation in the process industry - better… October 1, 2020 Discover how CFD and process simulation can now be combined efficiently to solve multi-scale challenges in the process industry.
4 Myths about AI in CFD April 6, 2021 As Artificial Intelligence (AI) has become more ubiquitous in our everyday lives, so too has confusion about what it is…
Model-based design from ICEs to ICUs: Bridging the… November 10, 2021 The events of the past few years have turned global attention towards health and, more specifically, healthcare. From the images…

This article first appeared on the Siemens Digital Industries Software blog at https://blogs.sw.siemens.com/simcenter/mountains-arent-just-funny-theyre-hill-areas-foehn-effect/