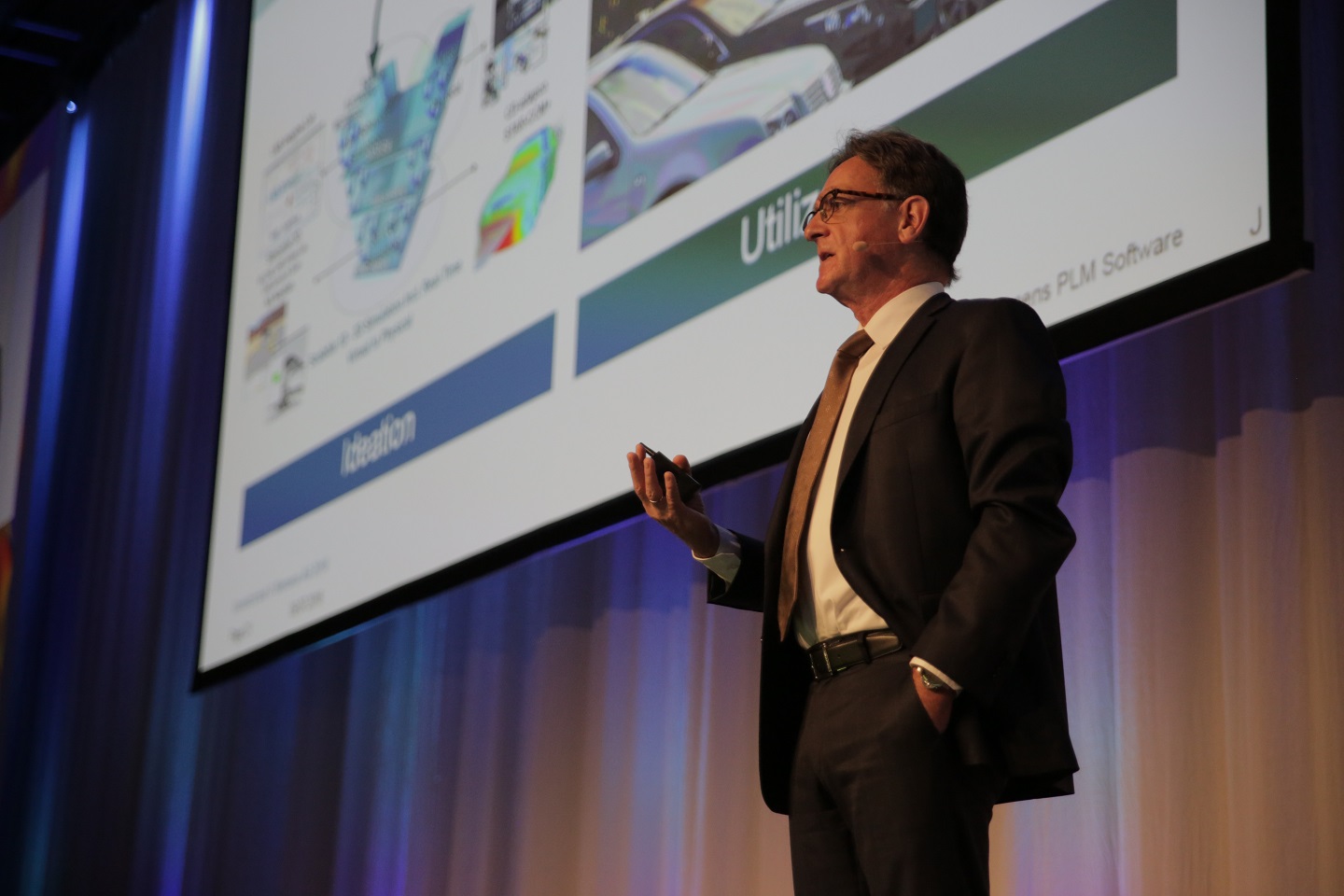 Earlier this month Dr. Leuridan spoke at the STAR Global conference for STAR-CCM+ users in Berlin. During this session he explained the rationale for the purchase of CD-Adapco and also laid out the vision and implication of digitalization for CAE.

What is Industrie 4.0 and what is meant by digitalization? Here is a good video that provides a good primer on this. But broadly digitalization is everywhere around us. I just look around my desk and I see evidence of it. Forget the cellphone, just think of your desk phone, 20 years ago it was unchanged from 20 years prior (albeit with a voice messaging system), yet now it’s all VOIP.

Transformation of something as mundane as a desk phone shows how pervasive digitalization is and how manufacturers of all stripes have had to adapt. Adapting means changing and evolving their designs but this also means adapting how they validate these designs. It used to be sufficient to verify how designs performed the function they were designed for. But products now are more complex and often perform a system of functions, thus it’s necessary to predict how the product will perform across a spectrum of behaviours.

You can find more by reading this article from Desktop Engineering here.

4 Myths about AI in CFD April 6, 2021 As Artificial Intelligence (AI) has become more ubiquitous in our everyday lives, so too has confusion about what it is…
Surfboard CFD - Riding the Digital Wave July 29, 2022 The flip-flop engineering symposium Monday, December 9, 2019, 7 pm. Sunset Beach Elementary School Cafeteria, Oahu's North Shore, Hawaii. Two…
Model-based design from ICEs to ICUs: Bridging the… November 10, 2021 The events of the past few years have turned global attention towards health and, more specifically, healthcare. From the images…
This article first appeared on the Siemens Digital Industries Software blog at https://blogs.sw.siemens.com/simcenter/industry-4-0-digitalization-and-its-implications-for-cae/