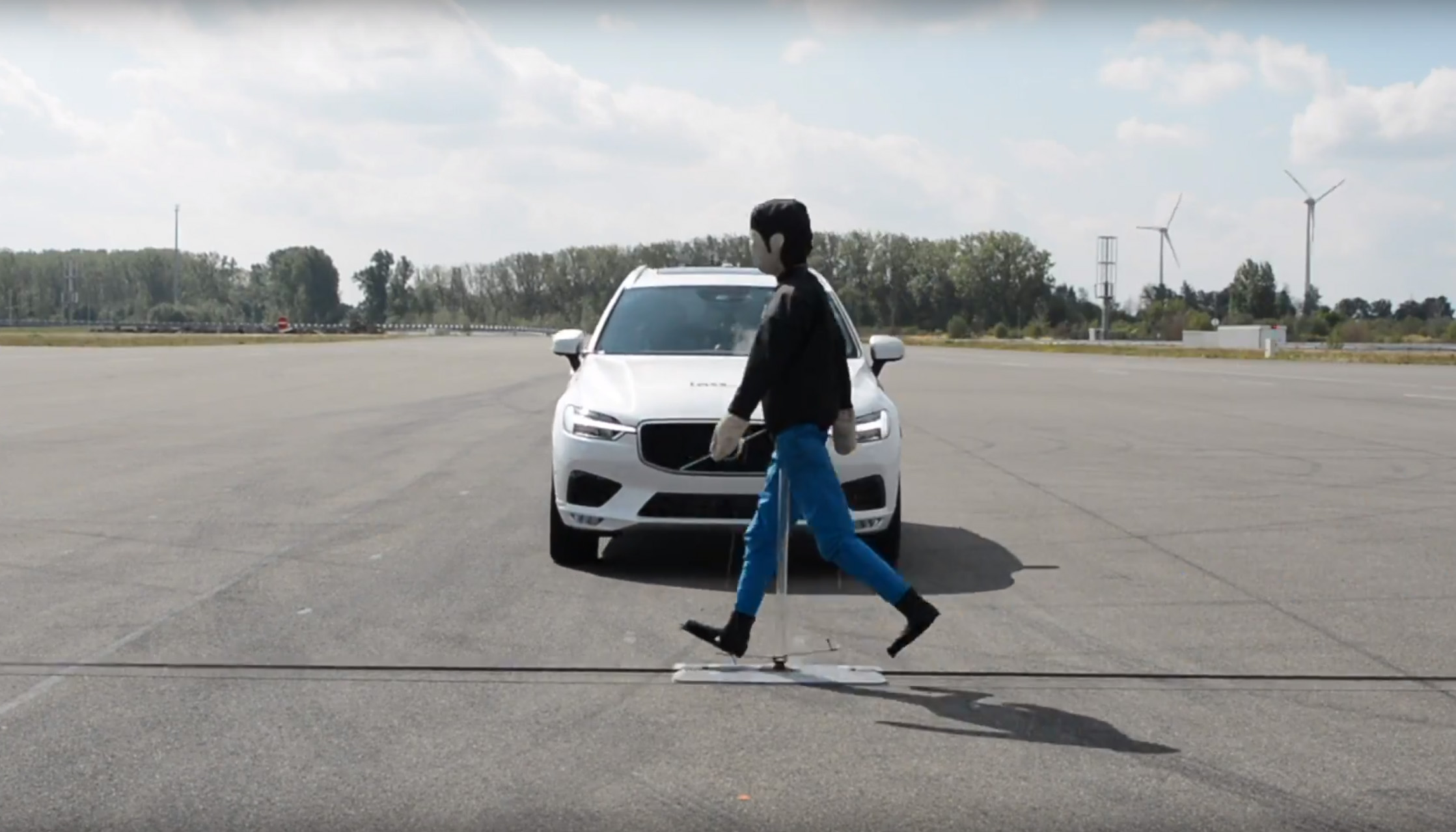 Our ADAS systems are here to assist us. But how do we test the systems that are supposed to help us not crashing into people? We crash into dummies!

Vehicle safety has become more important than ever; it’s crowded on the road and there’s too much place for human errors.

Therefore, decreasing the human influence on driving can significantly reduce the number of casualties. Implementing advanced driver assistance systems (ADAS) is the first step towards achieving full autonomy (level 5), a situation in which the driver is no longer needed to operate the vehicle. Siemens is fully equipped to perform all sorts of ADAS tests. What we do crash into

Our global vehicle target (GVT) is a controllable soft vehicle target that looks exactly like a passenger vehicle, but its body is built from lightweight foam so it is easy to reassemble in between test runs. It is controllable thanks to the GPS platform (accurate to 1 cm!), it can go up to 100 km/h and contains the same radar, lidar and visual attributes as a passenger vehicle. Therefore, it will be seen as such by the vehicle under test (vehicle under test is the naming for the vehicle that is being tested).

We use adult and child dummies, as well as adult bicyclist dummies for the vulnerable road users assessment. These dummies are also made from lightweight foam parts, so it’s easy to re-attach a leg in case of an unfortunate system failure. They’re designed with humanlike radar cross section, infrared and visual properties.

What we don’t crash into

Want to see how we do it?

Most asked questions on data collection for ADAS validation August 26, 2021 About 1.25 million people globally die each year due to road traffic crashes - that’s over 3400 deaths a day!…
Continuous Automotive Test Innovation within Simcenter… November 26, 2021 Simcenter Madymo road scene Siemens Simcenter Madymo has been awarded the ‘Crash Test Innovation of the Year’ for 2021 by…
Autonomous vehicles enter a validated future December 14, 2020 An introduction to multibody based human body model use in autonomous vehicles research - altrnative seating position validation.
This article first appeared on the Siemens Digital Industries Software blog at https://blogs.sw.siemens.com/simcenter/how-we-do-not-crash-into-people/