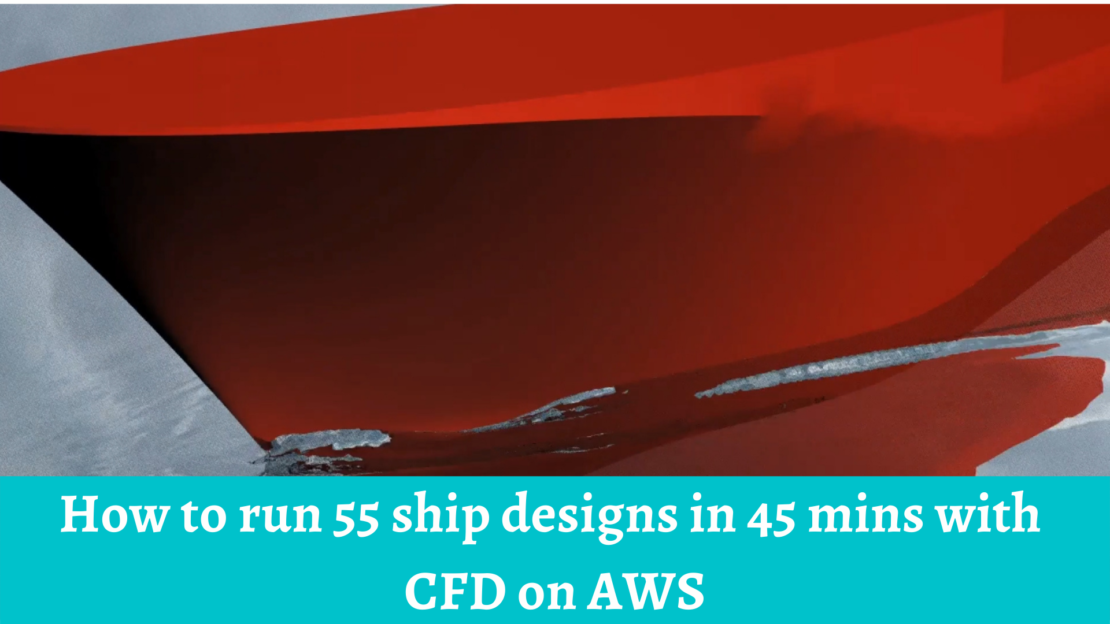 How long does your ship design process take?

Ask a naval architect how long their ship design process takes. They may respond with ‘how long have you got?’. Not the answer we’re expecting to hear but the message is loud and clear:

The design cycle, commonly known as the ship design spiral, remains a standard for the industry.  It includes four main phases during the development of a ship design; concept, preliminary, contract and detail. Each one of these captures a number of requirements such as proportions and powering, stability, capacities and cost. The issue with this approach is that it is serial. Workstreams are carried out in silos which drives an initial design to go around and around the spiral. This can lead to a subpar design, not an optimal one.

Within each phase, resistance calculations play an important role as they provide insight into how efficient a ship’s design is. Unfortunately, as these types of simulations take far too long to complete, they typically get shifted further down the spiral. Rather than being utilized effectively to drive an optimized design, they get carried out as a final check during development. However, by then there is little scope for any major changes without incurring lengthy delays or costs.

Historically the design spiral approach worked adequately given the tools available at the time. The process began during the infancy of commercial computers which were significantly more costly in the mid-20th century and out of reach for the vast majority of ship builders. Therefore, calculations and drawings were carried out manually. The emphasis was not on rapid design development but primarily on constructing the safest structure. Therefore, it comes as no surprise as to why redesigning a ship today can be a time-consuming process. Without advanced tools, the final vessel was likely to be overdesigned and heavy.

Is it time for a change?

Naval architects are under increasing pressure to create efficient designs in shorter time frames. Often the bottlenecks in the process are ship resistance and seakeeping calculations. Knowing the resistance is critical to understand the vessel’s characteristics, but more importantly to ensure that it is efficient. More than ever with climate change, there is a constant global pressure to reduce emissions that the marine industry is often at the forefront of.

As with time and the exponential growth in computing power, could there be a paradigm shift switching from calculators to keyboards? There is no doubt that using Computational Fluid Dynamics (CFD) to calculate these resistance profiles will speed things up. However, in order to achieve accurate results, the models need to have a high grid resolution to capture the water surface in detail and setting up the mesh refinement and timesteps is complex especially when there is a moving ship and dynamically changing wave patterns. This leads to big simulations that take a long time to run. It is often the case that it would take several hours to compute just a single data point and completing a full data set takes days. Is it time for a change?

Before any calculations can take place, the first step is to set up a baseline simulation. This includes importing the geometry, applying the mesh and physics settings as well as generating post processing plots and images. But even once that’s done, you now will need to run many operating points to calculate the full resistance profile.

Let’s demonstrate with an example and have a look at a Multi-Role vessel (MRV), which represents a modern trend in ship design. For this instance, a naval architect may want to evaluate at least two parameters such as speed and draft in order generate the full resistance profile. The vessel operates in a big window, so a large number of speeds and drafts need to be considered. In the case of the MRV – let’s assume we want to evaluate speeds of 10 to 30 knots (2 knot increments) and loading drafts of between 5.5 and 7.5 m (0.5 m increments).

For just the two variables in this example, 55 data points (11 speeds and 5 draughts) need to be generated. If you had to set up and run each one of these manually, it would involve a significant amount of engineering time and most likely cut into your productivity.

What’s needed is an automated process that redeploys an initial simulation. From this you could investigate a full range of configurations and operation points with minimal manual effort.

Simcenter STAR-CCM+ has a pipelined workflow that includes every step in the simulation process, from geometry definition to postprocessing. You can use this pipeline to build a robust and repeatable simulation that you can reuse to update your model with minimum manual effort. On top of that, users can quickly set up and evaluate many operating conditions and designs with just a few clicks using a built-in design exploration feature called Design Manager. It takes just 5 minutes to go from 1 standalone simulation to 55. There is the ability to set up many more by evaluating different variables, a wider operating window or even a higher resolution with each parameter.

With the ease of setting up and running many simulations, naval architects can save time to focus on what really matters: analyzing and evaluating data to find better designs and innovate. And ship owners will also see significant value from their investment in simulation if a vessel’s efficiency can be improved in a shorter time span.

Ship design in hours not weeks

Using Design Manager to generate the sweep of 55 CFD runs is useful, but the question now turns to calculating each one of these. Most offices have limited computing from on-premise High-Performance Computers (HPC) or workstations. Often the only option is to run a few simulations in parallel or even just one at a time sequentially.

It can take several hours to simulate 700 seconds using a multiphase model with a 2M cell count. Multiply this by 55 and it could take up to a week to generate the full data set.

On the other end of the scale, we demonstrate how this can be fast-tracked by leveraging Simcenter STAR-CCM+ on Amazon Web Services (AWS). Using AWS to run all 55 simulations concurrently takes just 45 minutes to complete the entire set… delivering your results in hours instead of weeks.

You may be thinking that this exercise is an expensive venture? It doesn’t have to be! But you do need the right licensing to make sure that your software costs don’t limit your cloud hardware utilization. With flexible Power on Demand licensing for Simcenter STAR-CCM+, you get access to unlimited cores by the hour and you only pay for what you use. Furthermore, AWS On-Demand instances provide immediate access to nodes. In our example case each c5d.18xlarge node cost just $3.456 per hour. The total including both software and cloud hardware for generating this full resistance profile data set amounted to just over $500. Not a bad cost considering the alternative would mean waiting for a week to get results.

How fast can your ship design be?

Going back to the original question of how long it would take to redesign a ship … the answer could be sooner than you think. Traditional ship design spiral processes can be evolved. Why not perform resistance calculations much earlier on and left shift your development process?

Doing so could allow more ship designs to be considered in the early phases and open up more opportunity to get to where you need to be. Let me just put this into perspective: if you can make better decisions much earlier or you can quickly turn around your simulations early on… What you could do with all these cost savings? The sky is the limit – run many more simulations, evaluate new concepts and drive innovative ship designs through the spiral.

4 Myths about AI in CFD April 6, 2021 As Artificial Intelligence (AI) has become more ubiquitous in our everyday lives, so too has confusion about what it is…
If you can’t take the heat… Simulate it! Reducing… June 10, 2021 Find out how to efficiently and accurately simulate VTM using Simcenter Engineering's multi-fidelity workflows.
6 myths about CFD for ship design October 15, 2021 Are you being held back by outdated ideas on CFD simulation? How many of these myths have you heard?