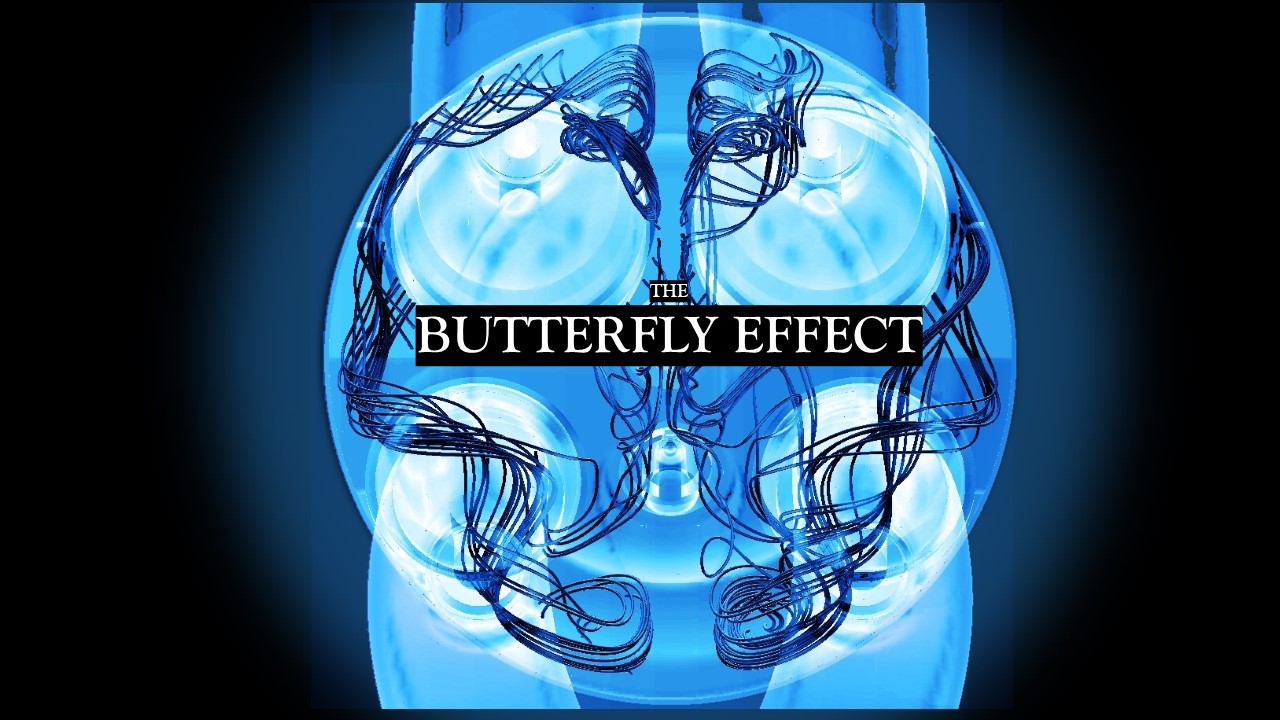 DISCLAIMER: This is a fictional story about engine emission cfd simulation. All characters are made up and the author of the whitepaper is in best health. No butterfly was harmed during storytelling

Never will she forget the day he died. It was a sunny afternoon. He was lying on their bed in the master bedroom, almost completely still, but if she watched very carefully, she could still see the slow rise and fall of his chest. Even in this moment of weakness he still looked like the proud engineer he had always been. She knew what was coming and just when panic started to creep up her body, spreading from the base of her feet to the top of her head, she saw him raise his hand. It was a small move, but the sign was clear. She came closer and put her ear close to his mouth.

“Butterfly” he whispered as he passed away.

Days passed. It would not let her rest. Never had he called her butterfly. What on earth was he trying to say. Why “butterfly”? She searched the house for hints. Nothing. She started asking around. Friends. Family. Former colleagues. Nothing. One day she went into the garage, where the old black 1957 300 SL caught the dust. It was his happy space in which he spent hours of his leisure time. She was always wondering how on earth a human being could spend so much time inside dark fifty square meters with a car. As she walked around his beloved “baby” she noticed that sticker on the back of the car: nearly invisible there was a tiny little butterfly, grey-shaded on the black metallic car finish. She was puzzled and angry at the same time. “Seriously, you are dying and all that comes into your mind is that stupid piece of metal?” She tried hard not to let that thought control her memory.

Weeks passed. Time flew. Months passed. The next summer came. She tried to let it down, make her peace with the insect-incident, bit by bit packed his belongings into boxes. In the attic where he used to have his small messy office she started to pack away his work stuff. Notes, books, among those the classic race engine book, his old drawing board, an old piston of his “baby” he used to store his pencils in. Then, as she was about to finish, a butterfly flew through the window, landing on a black-leathered paperback notebook he always used to carry along.

Memories popped up. “Butterfly” she said to the insect on the book, realizing how stupid that must have looked from the outside. She picked up the book. The butterfly left through the window just where it came in. She opened the book at a random page. It was featuring a hand-drawing, black ink. With no doubt that scribbles stemmed from him.

It was showing a flow chart featuring boxes with engineering slang inside and connected with one another all over the place. The sketch seemed to be part of a draft for one of his presentations – one he probably never delivered. She flipped the page. In his barely readable handwriting, the next page was featuring some manuscript or a speak-along to potentially describe the messy image from the previous page. She started reading.

The world is nonlinear. What does non-linearity imply? One thing, among many others, is this: A non-linear system can lead to chaotic behavior. Now chaos is a tricky thing in a mathematical sense but a quite popular feature of chaos that is embedded in its math is this: A set of non-linear equations can – under the right circumstances -have a set of solutions that may heavily depend on the initial conditions. Small change on the input, big effect on the output.

Why do I tell you this? Well, as you all know, our job is to predict the raw emissions stemming from the internal combustion engine. Now, engines are not necessarily a fully chaotic system. At least the fact that we finally drive a car with those, let’s us conclude that there must be some pretty stable attractors in that system. However, when you simulate the reactive flow going on inside the combustion chamber using computational fluid dynamics the underlying equation is the Navier-Stokes equation. And guess what: That one is highly non-linear. On the good side, CFD Simulation of the physics in engines has reached a high level of complexity over the past decades. Submodels cover the complete process from turbulent gas exchange, spray injection, fuel evaporation and mixing, combustion to knock. And even engine emission cfd simulation has become a state-of the art requirement.

However, stepping back for a moment and analyzing this process chain from its very end, it becomes obvious how sensitive it is to first principles: Emissions concentrations are a function of pollutant reaction rates. Those are tied to a temperature field in a highly non-linear (exponential) way, temperature in return is a consequence and at the same time dominating factor of heat release resulting from combustion. In first order both combustion and emission predictions are a function of scalar concentrations, temperature and turbulent time and length scales. Scalar concentration in return is dominated by the location of the scalar source, i.e. spray evaporation for DI engines, mixing through convection –tied to velocity field predictions- and (turbulent) diffusion. Spray dynamics is again a result of the velocity field and turbulent dispersion. Turbulent length and time scales result from a turbulent kinetic energy and a dissipation rate prediction. The latter are then tied to gradients in the velocity field regardless the details of turbulence model choice.

In short, the complete chain of physics in the combustion chamber is finally relying on the prediction of the turbulent flow field. And finally – due to laws of error propagation and the highly nonlinear dependency of all physics on the velocity field – with a significantly high level of sensitivity.

Here’s my warning: When you want to accurately simulate emissions from the combustion process, make sure that

I assume you all have heard that popular tale that the wing-stroke of a butterfly on one side of the earth can cause a thunderstorm on the other. This is true in engine simulation, this is true in our very own personal lives. We’ve all experiences this, when the smallest things may cause the biggest consequences.

Only if you anticipate this will you be able to make reasonable combustion engine design decisions based on CFD simulation. Otherwise you may as well throw the dice. Or ask a butterfly about the weather forecast.

That was the end of the script. She flipped back the page to the flow chart. She realized that apart from the very technocratic boxes and straight connecting lines there were some artistic attempts of scribbled lines that probably should depict a thunderstorm. And then next to the bottom there was a tiny butterfly. She closed the book and put it to the others in the box.

When she turned up at the graveyard, a stupid little butterfly -was it the one from last summer and the attic? – was already sitting on the grave. “What’s wrong with you, little mate!?” she said, at the same time giving him a sign, as if she said “Hi, good to see you though, annoying little insect.” She put down the flowers and stared at the stone reading the engravement in a way she never had read it before.

Here he lies, the guy that tried to make your air cleaner and died from lung cancer too early to get the job done. That’s life, when the smallest things cause the biggest consequences!

When she finished the read, black clouds darkened the sky. Shocked by the first thunderclap the annoying little butterfly flew away. On her way home Alanis Morissette was playing on the radio. A tear ran down her cheek. It had been his favorite song

Years later, she searched for “Butterfly-Effect” on the web and stumbled across a white-paper entitled “Validating Simcenter STAR-CCM+ In-cylinder solution”. In the introduction the paper talks about the importance of validating the turbulent velocity flow field for engine emission cfd simulation. Every single word was familiar to her. Yet the author remained unmentioned.

4 Myths about AI in CFD April 6, 2021 As Artificial Intelligence (AI) has become more ubiquitous in our everyday lives, so too has confusion about what it is…
Surfboard CFD - Riding the Digital Wave July 29, 2022 The flip-flop engineering symposium Monday, December 9, 2019, 7 pm. Sunset Beach Elementary School Cafeteria, Oahu's North Shore, Hawaii. Two…
Model-based design from ICEs to ICUs: Bridging the… November 10, 2021 The events of the past few years have turned global attention towards health and, more specifically, healthcare. From the images…
This article first appeared on the Siemens Digital Industries Software blog at https://blogs.sw.siemens.com/simcenter/engine-cfd-simulation/