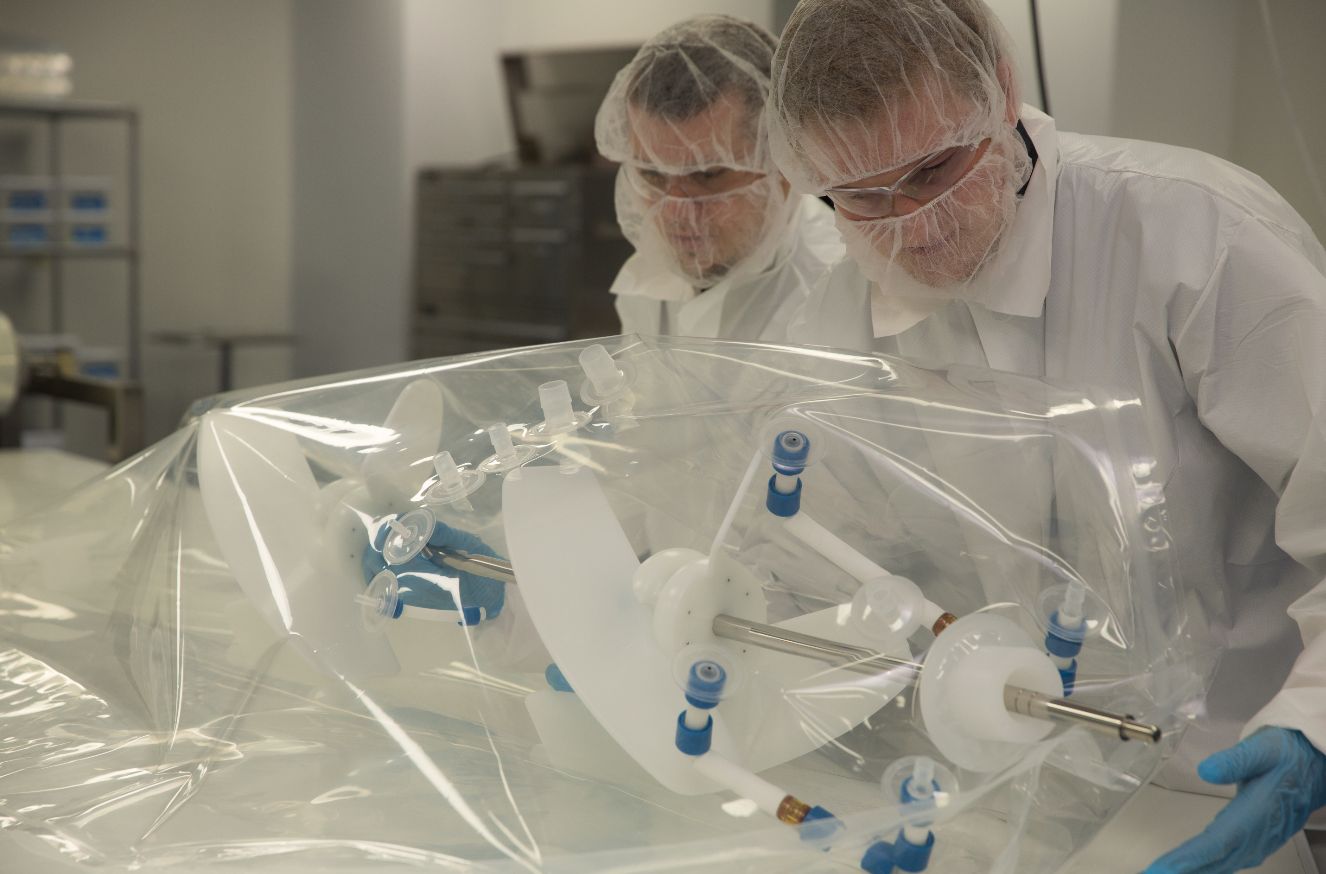 Over the past month, much has been written about the role of Computational Fluid Dynamics simulations (CFD) in establishing first-order guidelines for social distancing in a variety of settings. While there are limitations to these simulations, they are compelling in large part because they deal with an aspect of the current pandemic that has a very immediate impact on our daily lives–the distances at which we should interact with each other. As someone who’s lived with asthma all my life, I will admit to closely scrutinizing these simulations, limitations and all. There are, however, other areas in which multiphysics CFD simulation has been used for many years–areas that are less obvious, perhaps, but which are going to be particularly critical in the continuing struggle to contain (and ultimately stop) the spread of the novel coronavirus. In very real ways, simulation has already played a crucial role in the development of several key technologies that are playing critical roles in this ongoing struggle.

Simulation has been an established contributor for many years in two related industries: the medical device industry and the chemical & process industries. I’ll highlight just three examples, illustrating different aspects of simulation’s role in the current crisis. In each case, simulation has been applied with great success by industry-leading companies that have realized the critical role that it plays as an enabler of engineering insight.

Ventilators (and respiratory support devices in general) have emerged as the emblematic devices of COVID-19. Vyaire Medical, one of the world’s largest producers of respiratory care equipment, has been using simulation to ensure that their respiratory care devices work equally well for people of all shapes and sizes and from all demographic backgrounds, as described in detail in a recent blog post.

Scaling Up Production of Treatments and Vaccines

While respiratory care devices are a big part of current treatments for COVID-19, there is another area that will become vitally important in the (hopefully near) future–specifically, the day when we hear that promising treatments (and eventually, vaccines) have been developed. At that point, the next major challenge will be scaling up production from lab-scale to industrial-scale production as quickly as possible. Microsoft co-founder and philanthropist Bill Gates has already begun thinking about (and committing funds toward) this herculean effort. It’s a scenario that’s familiar to ABEC, who describe themselves as being “exclusively focused on providing customized process solutions and services for the development and manufacturing of the entire range of biopharmaceutical products, including vaccines, antibodies, recombinant proteins, and gene therapy.” So critical is their work that they’ve remained fully operational throughout this crisis. I’m thankful for them–and for their level of expertise at something that I, as an aerospace engineer, had never really given any thought to–the physics and chemistry of how medicines start out in a lab and go on to be produced in mass quantities. I got the chance to find out more when I helped write a case study about the simulation work that had been so effective for them. Paul Kubera, ABEC’s Vice President of Process Technology, sums it up this way:

“A typical scenario might involve a project that has moved from the laboratory bench at the tens-of-liters scale to process development, which may be operating on a few hundreds-of-liters scale. Another company on the verge of production might need to ramp up by thousands of liters in multiple units….Siemens provides us with the support we need to demonstrate to our customers this equipment can operate in a very predictable fashion immediately upon startup, reducing their time-to-market.”

Once treatments and vaccines are available in production quantities, they’ll need to be packaged into individual doses–a task that takes place in cleanrooms. The design of cleanrooms for manufacturing vaccines and other medications is precisely the topic of one of the articles in our Life Sciences Special Report, a compilation covering a range of applications of CFD, from medical device design to pharmaceutical manufacturing processes. In that article, companies Creaform and Laporte collaborated to perform a highly-detailed simulation of a cleanroom for vaccine manufacturing, to gain predictive insight to complement the traditional smoke tests in the process of cleanroom commissioning. The CFD simulations were used to demonstrate the effectiveness of the aerodynamic barriers and ensured proper flow path around non-sterile components of the machines. As pointed out in the article, “Not only was the regulatory compliance of the cleanroom at stake but with the high production rate of the line (hundreds of vial fillings per minute), contamination would represent a considerable financial and time loss because it leads to the waste of vaccine doses.”

Companies adopt simulation in order to develop innovative products while simultaneously saving cost and development time; in the current crisis, it is precisely that variable–time–that is of particular value. I can only imagine that the crisis will serve to further emphasize the value of simulation, and indeed, any technologies that will allow the healthcare industry to more dynamically deal with these types of challenges in the future.

COVID-19 and CFD simulation for planes, trains and… January 6, 2021 Covid-19 CFD simulation The coronavirus (COVID-19) pandemic has spurred the global community into action unlike any other time in recent…
The 4 trends you should not miss in NVH engineering December 2, 2020 What is the role of noise, vibration, and harshness (NVH) engineering in the vehicle development cycle today? How does the…
4 Myths about AI in CFD April 6, 2021 As Artificial Intelligence (AI) has become more ubiquitous in our everyday lives, so too has confusion about what it is…
This article first appeared on the Siemens Digital Industries Software blog at https://blogs.sw.siemens.com/simcenter/beyond-social-distancing-simulations-are-already-serving-in-the-struggle-against-covid-19/