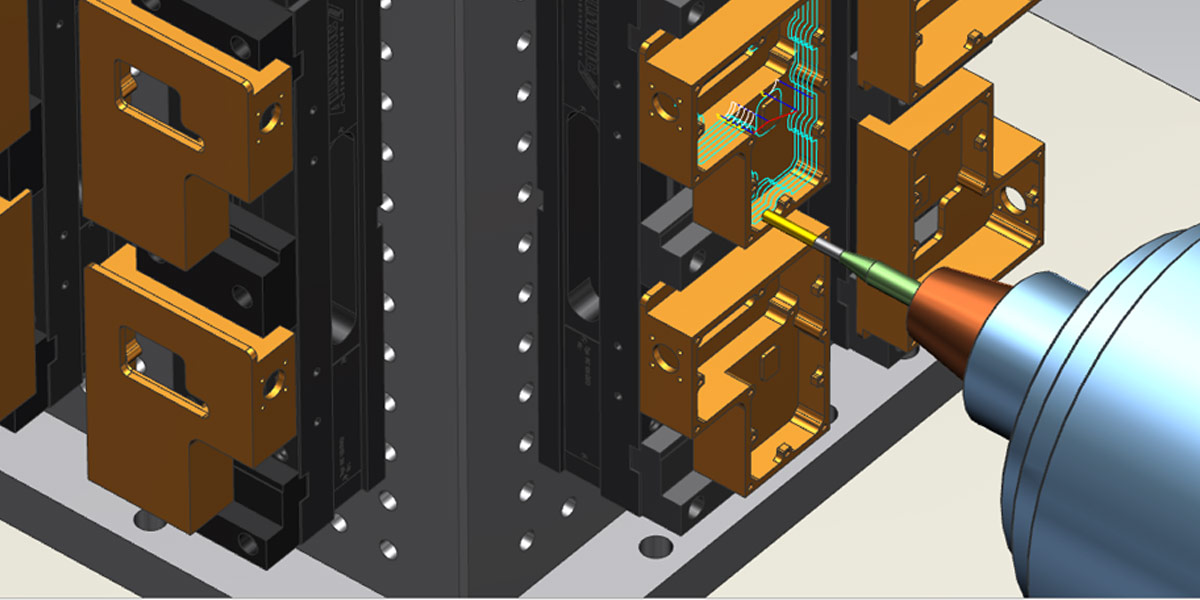 In the October 25, 2018, story in AdvancedManufacturing.org, titled, “When it comes to simulation software, seeing is believing,” the authors gave software providers, including Siemens PLM, the opportunity to make the case for toolpath simulation software to prove out NC programs.

The article states that by giving programmers the ability to simulate everything about the machining process—the tool holders, spindles and turrets, the constantly changing work piece and the cutting tools moving around and through it—software developers are making their virtual worlds into highly accurate predictors of everything that will occur once that green button does get pushed.They conclude that if your shop isn’t using toolpath simulation software, then you’re wasting valuable production time and putting expensive machine tools and safety record at risk.

Siemens’ perspective figured prominently in the story about the importance of toolpath simulation sofware. You can read the quotes from Vynce Paradise, Siemens’ Senior Director for Advanced Part Manufacturing, below.

Straddling the fence between standalone and integrated simulation is Siemens PLM Software Inc. (Plano, TX). But as Siemens’ Senior Director for Advanced Part Manufacturing Vynce Paradise explained, the company decided along the way to develop its own spin on simulation, one that is an integral part of its NX CAM software.

“There are many good CAM systems out there and all offer some level of toolpath simulation, but it’s important to recognize that there are multiple levels available,” he said. “There’s the basic simulation where you can see the stock model, the cutting tool, and maybe the tool holder, each moving relative to one another. We call that toolpath verification, and while useful, it’s just a starting point.”

Take that one step further and you have true machine simulation, the “digital twin”. “This is what we’re focusing on today,” Paradise pointed out. “It goes beyond the basics just described to include all aspects of the machining setup, each with its own kinetics and relative movement. Many CAM systems today show this, but what’s different about ours is that we’re posting NC code on the fly and using it for simulation in NX CAM, providing a ‘best of both worlds’ solution.”

Paradise offered the following analogy: If you want to become an airline pilot, would you rather learn in a flight simulator that uses generic flight simulation software or in one that more closely replicates the control environment of the actual plane? “CAM-integrated simulation using the actual G-code is very similar to the latter and remains the most complete way to replicate what’s going to happen during the machining process.”

Click on this link to view the entire article published on AdvancedManufacturing.org. What's New in NX for Manufacturing (December 2021) December 10, 2021 The holiday season is upon us, and this year we’re gifting a new release of NX for Manufacturing! With the…
Moving into Metal: CNC Programming of the Quadcopter’s Molds June 21, 2021 In this post, we’ll continue our tour through the Digital Machine Shop as the mold for the plastic top of…
What is driving Digital Transformation today? July 2, 2021 Multiple factors are driving today’s manufacturers to pursue different digital transformation (DX) initiatives. The current state of the U.S. economy…

This article first appeared on the Siemens Digital Industries Software blog at https://blogs.sw.siemens.com/nx-manufacturing/toolpath-simulation-software-is-the-key-to-safer-shorter-machine-setups/