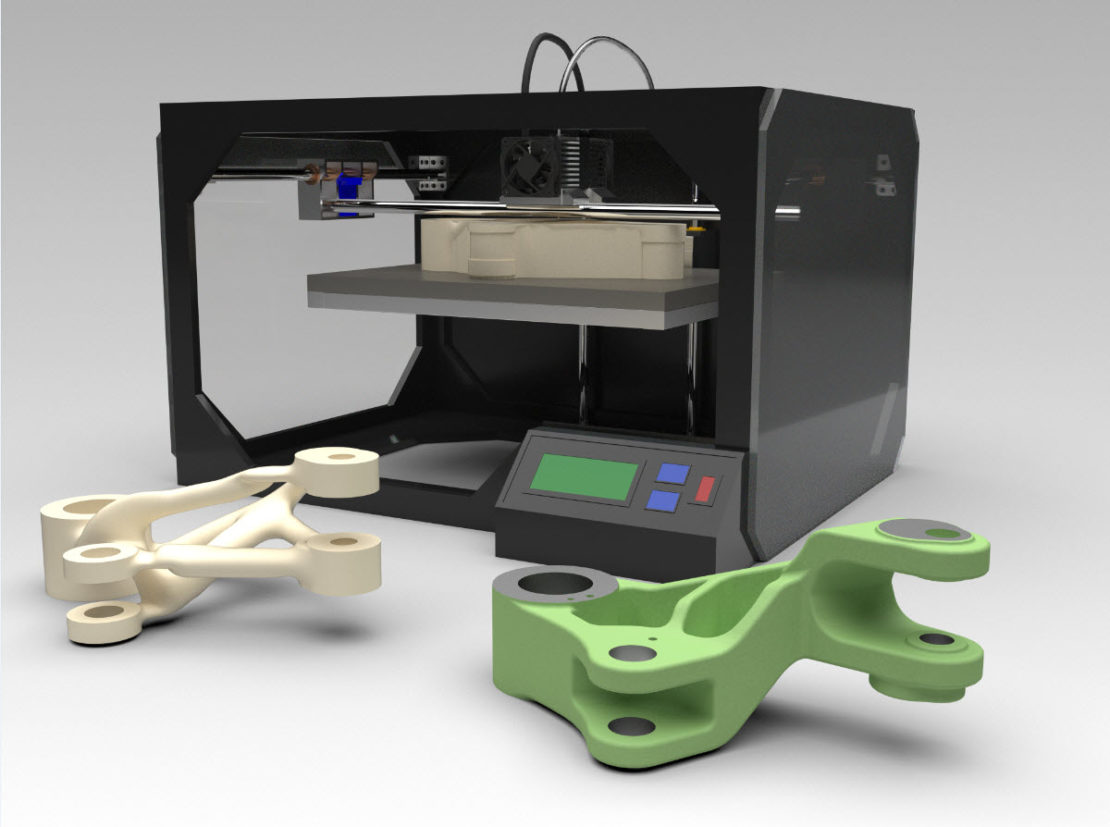 This post was written by intern Jessica Rebrukh who was with us this summer. ﻿It had been months since I sat down to properly watch the news. With mild interest, I plopped onto my couch and immediately became engrossed in the first story that appeared on TV. The anchors were discussing a new development in the field of 3D printing: scientists can now print entire hearts that can potentially be used as transplants. I was completely blown away, as 3D printing felt like a relatively new concept to me. I had not heard that the technology had progressed so rapidly, let alone gotten to the point where we could now print out entire organs instead of having people donate them. It sounded like something people would call a miracle.

I waited and watched for further details, but none were given other than the name of  the academy that had been successful in this endeavor and a statement from their spokesman, relaying that they believed this technology would help save millions in the future. The news anchors appeared to wrap up the story rather quickly, moving on to other reports that were apparently more pressing. I was lost as to why there wasn’t more on the topic; this story was front-page worthy news. I wanted to know how it worked, how the scientists had been able to print a heart. After a brief search online, I quickly learned that although 3D printing is revolutionary technology, the hype surrounding it had long since passed me by. However, there is still so much to get excited about when it comes to printing three-dimensional objects, and Siemens is taking big steps to incorporate the technology as much as possible. Because 3D printing is a much more cost-effective solution for production, industrial companies have now incorporated printers as a part of their manufacturing process. It’s no surprise either that the most attractive thing about 3D printing (or additive manufacturing) is that you can create shapes and objects that would previously have not been possible. Key components in engines or processors that would have taken weeks to manually create can now be made in hours and for a fraction of the cost.

Siemens has begun to integrate their own software to enable 3D printing, and with the latest version of NX, users now have the means to print their own three-dimensional creations. Not only that, but when using NX 11 with Windows 10, users now have a newer and much more reliable 3D printing format at their disposal. 3MF, which Siemens played a part in creating, is a drastic improvement from older formatting systems such as STL and AMF. It allows design applications to send full-fidelity 3D models to a mix of other applications, platforms, services and printers. Major companies like Microsoft have already begun to use 3MF as their main format, and many others will follow suit. Siemens continues embrace the future with enthusiasm through innovation. Additive Manufacturing is rapidly changing the way we create and produce products, allowing companies to work with more cost-effective practices.  Don’t let the hype die down; invest in the future and embrace this technology that is already producing miracles!

NX Render Blog Series: The Visualization Process for… December 17, 2020 Introduction We’re pleased to bring you part four of our NX Render series, where we are taking a close look at the different steps…

NEW: NX December release details December 11, 2020 The latest release of NX is here. See here to find out what's new to the world's most powerful and…