Meet future engineer James Zandstra - a junior at Westminster Christian Academy. I joined him and his Cyborg Cats teammates on the floor during one of the matches last week.... 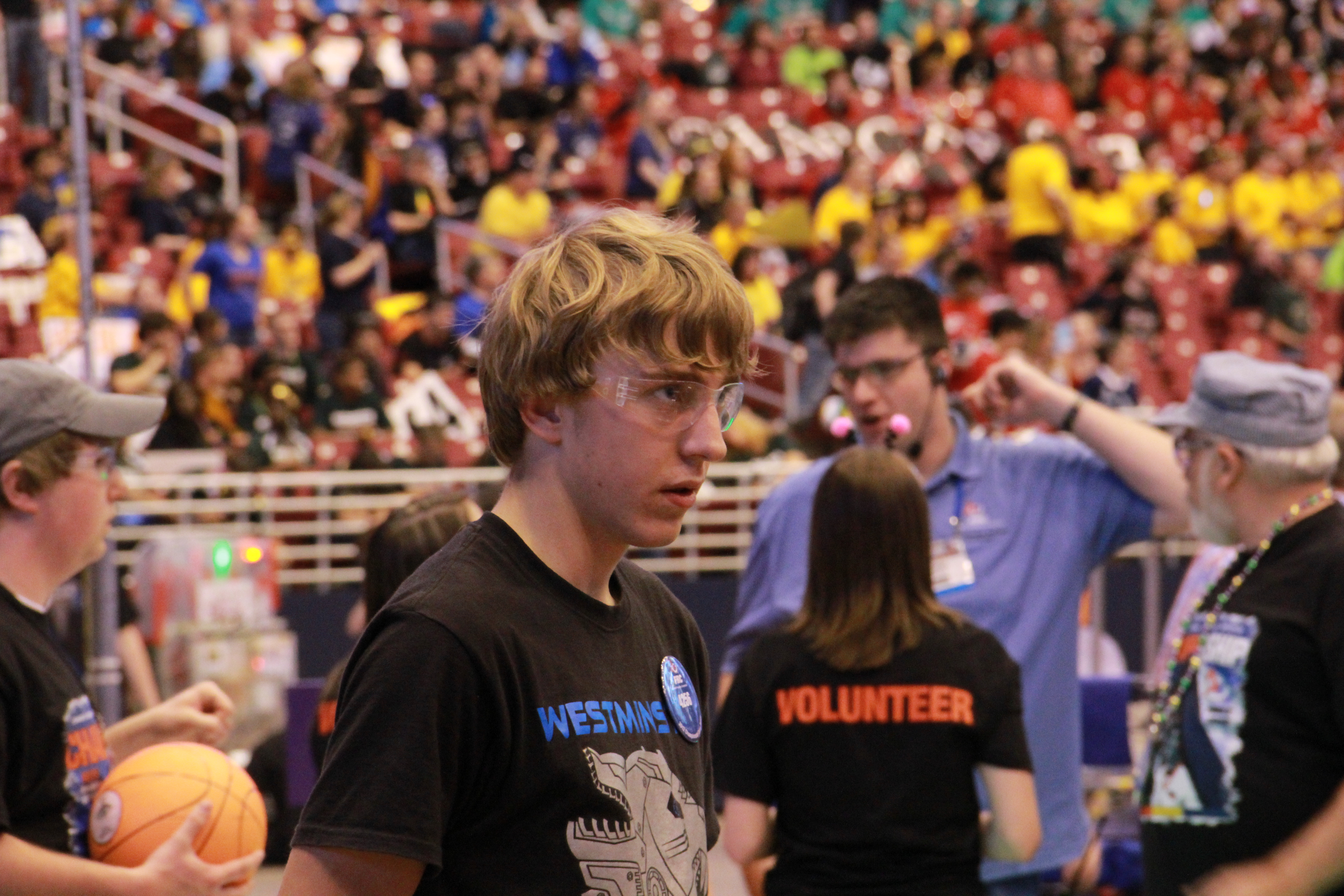 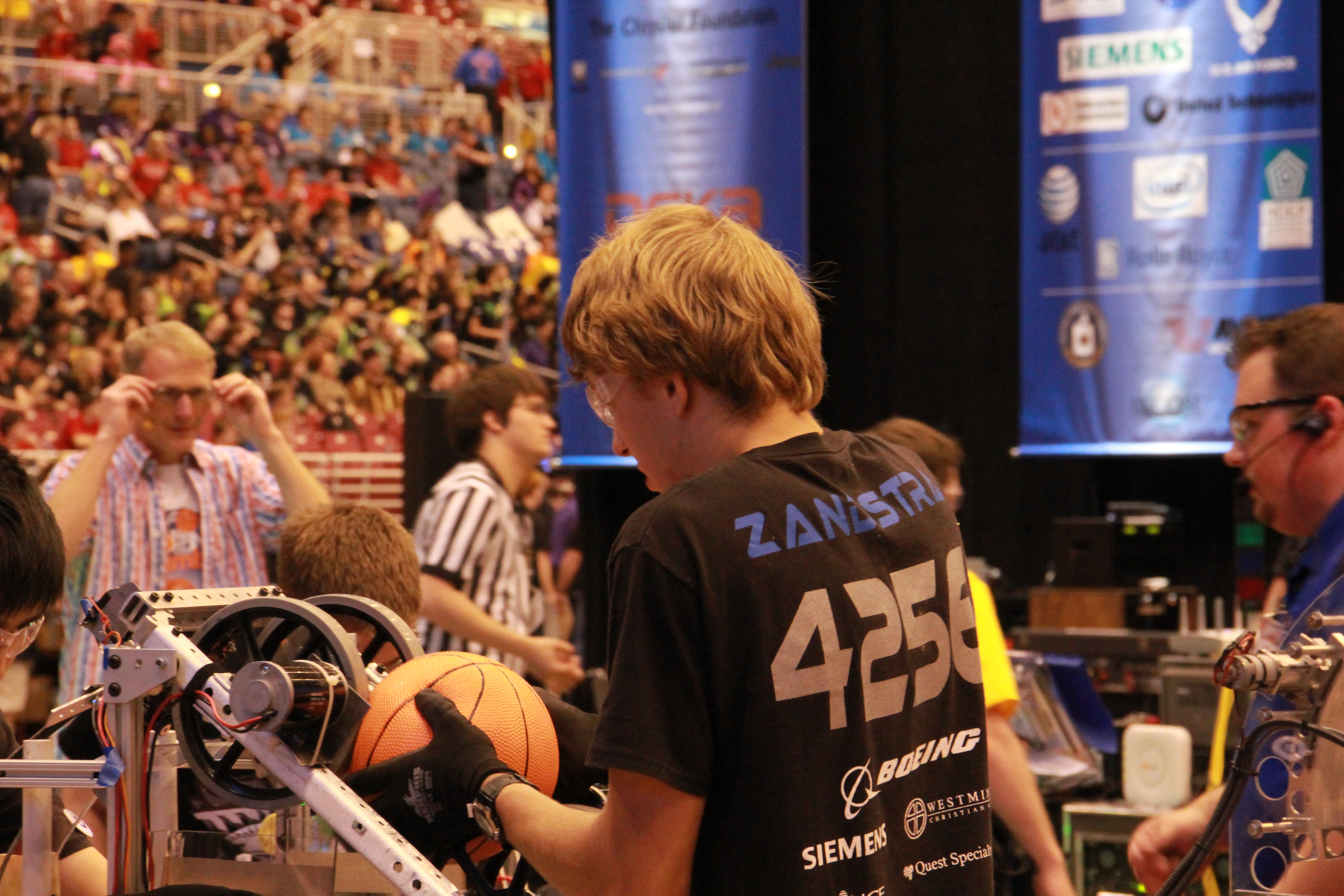 Meet future engineer James Zandstra – a junior at Westminster Christian Academy. I joined him and his Cyborg Cats teammates on the floor during one of the matches last week. It was interesting to watch their anticipation during the first 15 seconds, called the hybrid portion, before they can take to the controls of the robot.Here James gives an update on several matches and what he is getting out of FIRST:

In his team essay James wrote:

“I have always enjoyed building things. I’ve been fascinated by tools and machines since I was old enough to walk. Outside of school, I am either in the middle of building some new device or dreaming about what to build next. I enjoyed FIRST as an opportunity to work with mentors from Boeing to learn about the strategic process that is used professionally to keep engineering teams organized during projects. The most important lesson I learned while working with our mentors is that documentaiton and organization are important… it was not until I worked with Boeing mentors on a FIRST team that I learned extensively about working with other people and making decisions as a team.”

Here are a few pics of James in action: James highlights how FIRST encourages Gracious ProfessionalismTM. That was pretty amazing to see in action in the pit area where teams help each other out with spare parts and tools and expertise.

“Dr. Woodie Flowers, FIRST National Advisor and Pappalardo Professor Emeritus of Mechanical Engineering, Massachusetts Institute of Technology, coined the term ‘Gracious Professionalism’… It’s a way of doing things that encourages high-quality work, emphasizes the value of others, and respects individuals and the community. With Gracious Professionalism, fierce competition and mutual gain are not separate notions.”

It’s clear James is on his way to becoming a gracious professional mechanical engineer.

Tony Hemmelgarn at HM#21: Human-Centered Innovation May 12, 2021 Hannover Messe 2021 (HM#21) wrapped up on April 16. The event showcased both the future of industry (invariably digital) and…
Siemens earns 2022 Tech Cares Award from TrustRadius October 6, 2022 Siemens is being recognized for its corporate social responsibility program with a 2022 Tech Cares Award from TrustRadius. Today, Siemens…
Could you be a Siemens Community Catalyst? December 1, 2021 We’re initiating the Siemens Community Catalysts (SCC) program to recognize and reward a select group of Siemens community members, who…

This article first appeared on the Siemens Digital Industries Software blog at https://blogs.sw.siemens.com/news/meet-future-engineer-james-zandstra/