I am very familiar with “the look”. It is the expression on Libby’s face – the response to me talking about something about which I have become rather enthused. This might be a book I am reading, a scientific discovery, some new software, an exciting technology or just an idea that I have had. Such enthusiasms do not last that long, but I suppose I can become slightly obsessed for a period of time. One way to take the heat off of Libby is to write about my interest for a wider audience, which is what I am doing today.

Sometimes someone comes up with an idea that is so simple and so easy to explain that it is hard to see why it was not there before. I find such a discovery very exciting. Today it is about answering the question “Where are you?” …

Finding one’s way around had never been easier. For most of the world, there is good quality mapping, which, along with GPS equipped smart phones etc., means we can figure out where we are and where we are going quite easily most of the time. Sometimes, however, there is a challenge telling someone else about a specific location. This becomes clear when you use a GPS [“sat nav” for Brits] in a car. In the UK, we are spoilt. We have postcodes, which are 6-7 character alphanumeric strings that refer to a quite limited number of addresses – typically a stretch of a street. So, a house number and a postcode can put you on somebody’s doorstep. This works less well in the countryside, where they cover larger areas. I generally find the process less easy in other countries, where a street address normally needs to be specified; but I usually mange to get to where I want.

Would it not be much easier if there was a worldwide standard for specifying location? This would enable you to find any house, but also pinpoint any point on Earth. Of course, we can do that right now using longitude and latitude or GPS coordinates. These methods are fine, but they involve long, complicated numbers, which are impossible to remember and very error prone. There must be a simpler way. There is. 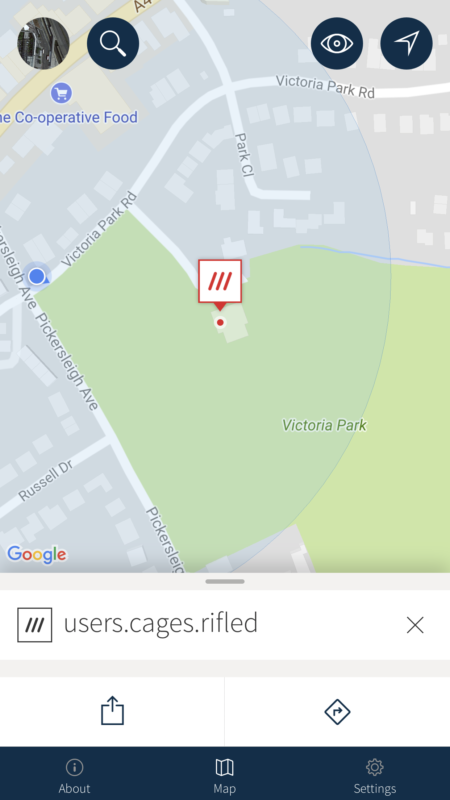 A system called what3words was developed to make addressing easier. In brief, the Earth’s surface is divided into 3m x 3m squares and each one is assigned a unique name that consists of 3 words [in English or numerous other languages]. Using their website and mobile apps, you can get the 3 words for where you are, where you want to go or where you want to refer to. They use Google maps, which are very familiar and offer things like satellite view, which, as you zoom in, acquires a matrix of [3m] squares. Just point to a square and you get its 3 word address. You can email, text or speak this to another person, who can use the same facilities to locate the same spot on the planet. It even tolerates spelling errors, so there is very little chance of errors.

These 3 word sequences can be used to create a URL for a map, thus: http://w3w.co/users.cages.rifled

To me, this technology is breath-taking in its simplicity, its scope and its potential. For those of us in the First World, life could just be a bit easier. For a homeless person, who habitually sleeps on a bench in Central Park, they now have an address. As does my garden shed and my favorite spot by the river. As does a family living in a hut in the Amazon rain forest. As does …

OFF-TOPIC: The joy of reading November 19, 2020 For as long as I can remember I have liked books and reading. As a child, I was a keen…
OFF-TOPIC: How many words? March 11, 2021 I am fascinated by language and communication. Because I am British - or, rather, English, to be precise - I…
OFF-TOPIC: The history of today March 18, 2021 When I was at school [a long, long time ago!], I really could not see the use, or more specifically…

2 thoughts about “Tell me where you are in 3 words”

This article first appeared on the Siemens Digital Industries Software blog at https://blogs.sw.siemens.com/embedded-software/2017/09/21/tell-me-where-you-are-in-3-words/