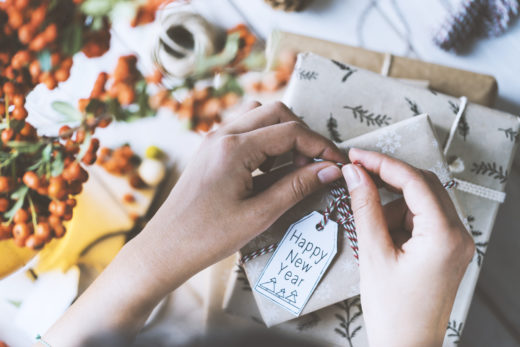 During the holidays, many of us received presents from others. As I get older, I think I get harder to shop for, either because the items I have my eye on are getting more expensive, or maybe because the people who I typically receive gifts from think that I am picky.

From what I can tell though, this phenomenon seems not to be limited just to me; I think it just has to do with me getting older. My wife’s family has actually moved away from buying gifts for their “kids” because of this. (Of course, grandkids are a different category! They still get presents.) Instead, her parents have moved to what they refer to as “the universal gift card,” also known as money. They rightfully claim that this kind of gift card never expires and can be used anywhere.

This year, I decided to use some of my universal gift card on something I have been wanting but, surprisingly, haven’t gotten around to buying yet: a cheap, single-board computer. The possibilities of these devices are countless, and I have been wanting to play around with one.

So, shortly after Christmas, I went off to the internet to purchase one. I had already been thinking about getting a simple computer, so I had done some research on where to buy the device and whether I wanted to buy it as part of a kit or not.

I wasn’t planning on buying a kit as I already had some things the kits came with and buying a kit would take some of the fun out of the purchase. Interestingly enough, though, I did something subconsciously that I suspect most people probably do with these devices. I added the device to my shopping cart… and then I started looking for a case for it. After all, these things don’t come with a case unless they are purchased as part of a kit, and I wanted to protect my new toy. Where else would a single, exposed PCB go?

After my purchase (yes I got a case), I got to thinking about it and I found what I had done somewhat interesting. Even the small, single-board computers that hobbyists buy online usually end up in some sort of enclosure, either bought or homemade. You don’t see too many people buy something like a single-board computer and leave it sitting around without a case. Usually, this single board ends up as part of a larger design. If it is being used by itself, people place it in an enclosure either to protect it or for fun.

Most PCB designers, whether they are building a single board or a board that is part of a larger system, need to be aware of the mechanical aspects of their designs. Doing that requires some collaboration with an MCAD designer in order to make sure everyone working on the product is in sync with what is happening.

An easy way to do this is to use the MCAD Collaborator within PADS, which will be included with the VX.2.3 PADS suites. This part of the PADS toolset helps designers effectively communicate with many different MCAD tools, in order to make sure that both parts of the design are aware of the changes the other is making. If you are interested in learning more about this functionality, you may want to look at a web seminar I did recently called Collaborate to Overcome Electro-Mechanical Design Issues.

This article first appeared on the Siemens Digital Industries Software blog at https://blogs.sw.siemens.com/electronic-systems-design/2018/02/20/where-does-a-pcb-go-in-an-enclosure-of-course/