Those of us who have been in the PCB design business for more than a decade either have direct knowledge of, or have heard the stories about, how the profession has evolved since the late 70’s and early 80’s. The shift from drafting tables, Mylar, and hand taping, to light tables, digitizers and CRT’s, to autorouters and then auto-interactive routing, have all been part of the changing landscape. The large minimally lit “fishbowls” with raised floors have been replaced with individual cubicles, and the CRT’s have been replaced with dual LED monitors.

Throughout all of these changes the focus has always been the PCB itself and that focus has been 2D in nature. What stackup should be used, what is the minimum trace width and spacing, will all of the parts fit on the board, are all familiar design concerns. For the past 20 years the ECAD tools we use eight hours (or more) a day have been built around helping us address these PCB focused challenges. Even as products became more complex and often required several interconnected PCB’s, each designer was still focused on his or her individual PCB. After all, until recently the only way to simultaneously work on more than one PCB at a time was to open multiple PCB layout sessions.

Lately however there has been a growing discussion around changing the focus from the individual PCB(s) to the “product”, and from designing in 2D to designing in 3D. The rationale behind this shift is that, especially in the consumer space, the industrial design has become paramount and the PCB has become secondary. In other words ECAD/MCAD co-design or “product-level” design is no longer optional, it is mandatory. The ECAD tools are accommodating this shift by starting to allow multiple PCB’s to be displayed, and in some cases simultaneously edited, in one PCB layout session. This, along with their support for import of the mechanical enclosure information, is providing the PCB designer with the ability to work within a product-level view. By working in the context of the product within the ECAD space, design teams should be able to improve efficiency and thereby reduce design iterations and improve time-to-market. 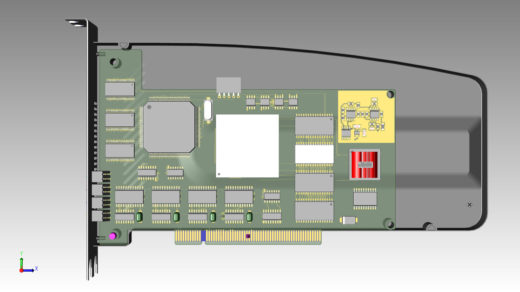 So what do you think of this change in focus? At one place I worked there were posters of dinosaurs throughout the building with quotes like “Those who don’t evolve disappear”. Is this change from PCB-level to product-level and from 2D to 3D something that you and your organization view as essential to remaining competitive? Has your team already started to embrace this evolution in design methodology? I look forward to hearing your thoughts.

This article first appeared on the Siemens Digital Industries Software blog at https://blogs.sw.siemens.com/electronic-systems-design/2016/11/21/changing-the-focus/