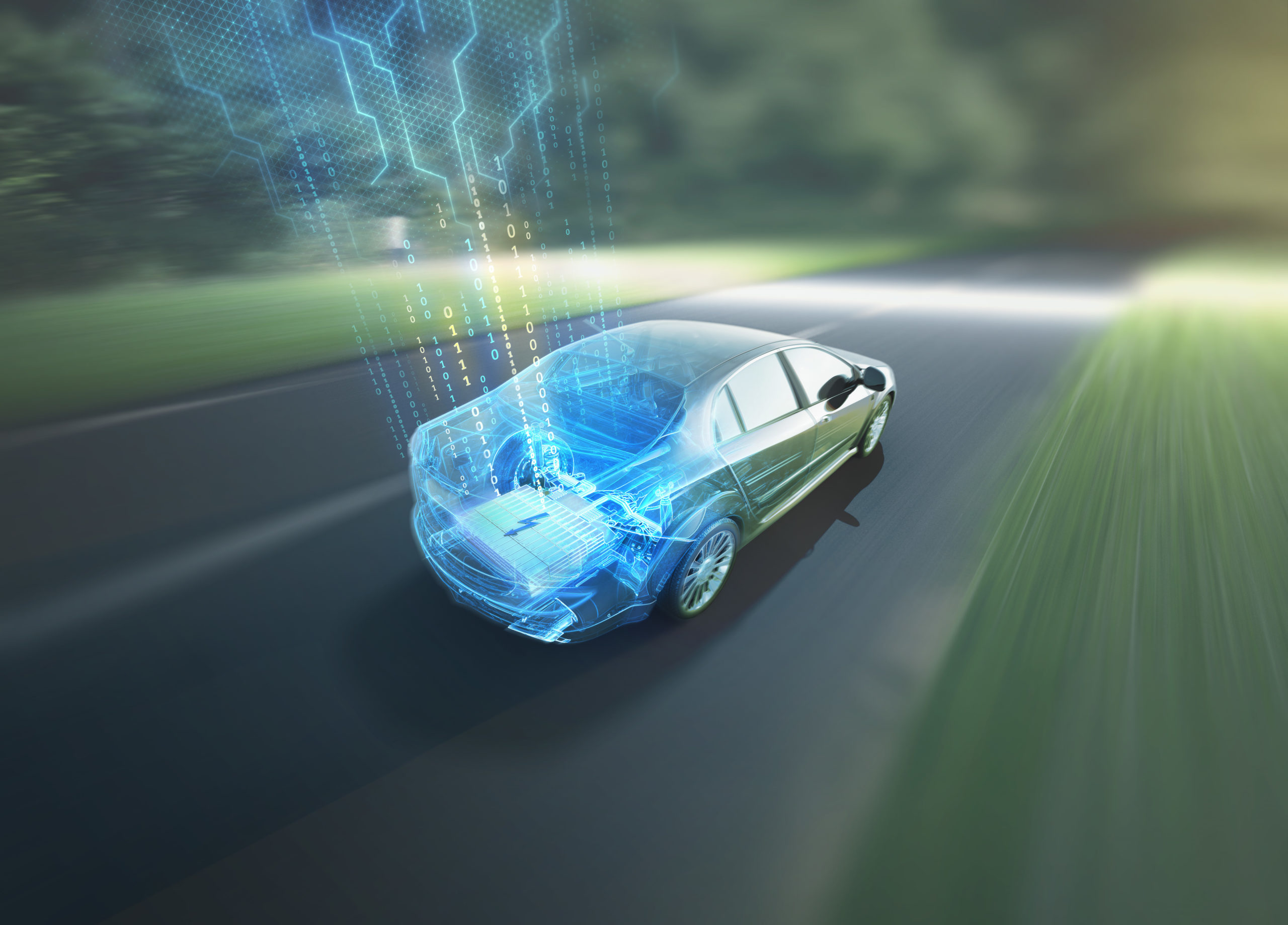 In 2017, Siemens completed the acquisition of Mentor Graphics, now known as Mentor, a Siemens Business.  The acquisition brought together Mentor’s solutions, technology and employees with Siemens PLM Software’s expanded portfolio to cover not just the entire physical lifecycle of vehicles and many other products, but the same for the entire E/E system, encompassing software and hardware.  This combined organisation, along with many other acquisitions, is now known as Siemens Digital Industries Software.

The history of Siemens’ AUTOSAR product family can be traced back much further, however, to a couple of companies both based in Gothenburg, Sweden.  First, we have Volcano Communications Technologies AB, acquired by Mentor Graphics in 2005.  Volcano contributed their communication technology, embedded software and system design capabilities.  Later, Mentor entered into a joint venture with Mecel AB, to develop an AUTOSAR 4.x stack, which was available from 2011.  In 2014 Mentor acquired the technology and solutions to bring the whole AUTOSAR solution under one brand.

Volcano Communications Technologies AB developed of a set of technologies that both improved the efficiency of Controller Area Network (CAN) busses to operate at a higher data rate than was normally possible, and guaranteed reception of the data that was transmitted (figure 1).  This reliable operation at a higher bus utilization was achieved using a combination of communication stack software integrated into each ECU, the Volcano Target Package (VTP), and an optimized design methodology achieved by implementing Volcano Network Architect (VNA).  This technology was designed for CAN and then extended to Local Interconnect Network (LIN) busses, which is a technology that Volcano, then Mentor, contributed to the creation of as one of the first inventors that were not automotive Original Equipment Manufacturers (OEM).

The Volcano name was first applied when Volvo, an early customer and investor, integrated the technology into its cars with the new 1998 S80 saloon.  Very soon after this, Ford bought Volvo Cars, opening up an opportunity for the Volcano technology to be used across a wide range of brands under Ford over the next few years. Back then, Ford had a division called the Premier Automobile Group that consisted, at various times, of Volvo, Jaguar, Land Rover, Aston Martin and Lincoln.  With the exception of Lincoln, all of these brands have since been sold off, with Jaguar and Land Rover becoming a single OEM, now known as Jaguar Land Rover, soon afterwards.

Throughout this time the development of interoperable ECUs was becoming more and more complicated across the industry, with OEMs and suppliers each maintaining multiple customer-supplier relationships. This was especially true for companies that hadn’t adopted a common approach with a standard CAN stack.  The Volcano approach required that each ECU on the network integrated VTP software as it’s Com stack, this was then configured fully by the OEM using the VNA design tool, down to processing periods for the components in the Com stack.  The result was fully interoperable networks across the full vehicle with deterministic behavior.  Issues with bus loadings and signals missing deadlines could also be predicted at design time.  However, this approach required all ECU suppliers to integrate a standard Com stack from a single supplier, so it was not universally popular.

To overcome this challenge, a group of OEMs and Tier 1 suppliers convened to form the Automotive Open System Architecture (AUTOSAR) consortium.  The initiative for AUTOSAR primarily came out of Europe with BMW, Daimler, Peugeot (PSA), Volkswagen, Bosch, Continental and what was then known as Siemens VDO making up most of the initial core members.  Ford, GM and Toyota were also core founding members, ensuring that this really was a global initiative.  Volcano, and later Mentor, have also been involved from very early days.  Volcano joined in 2004, as a Premium member, and it was only a year later in 2005 that Mentor acquired Volcano to extend its automotive product portfolio (figure 2).  Since joining, Mentor has continuously been one of the few members to offer tools and software that support the development of full vehicles down to individual ECUs.

While a few of the core OEMs used AUTOSAR in production at version 3.x, Mentor anticipated that 4.0 would be the tipping point at which the rest would make the move to AUTOSAR.  The combination of completeness of capability in the AUTOSAR standard and new higher baud rate networks like FlexRay and Ethernet, which increasingly featured on OEM architecture technology road maps, drove the need for a common software framework to manage the increasing complexity.  These were exactly the sorts of problems that AUTOSAR was created to solve.  Mentor decided to accelerate the development of an AUTOSAR 4.0 stack by working with a partner. This began in 2010 with Mecel AB, where each company developed separate, complementary parts of the software stack, and then both sold the combined finished product (figure 3), which was the first available on the market in late 2011.  The arrangement was successful in accelerating the launch of the software stack, and set the course that eventually resulted in Mentor buying the IP from Mecel and hiring a number of the AUTOSAR team, bringing the entire solution in house at the start of 2014.

In parallel with the embedded software stack, new design tools were needed for AUTOSAR to replace Volcano VNA.  The initial development resulted in a set of tools known as Volcano Vehicle Systems Architect (VSA), Volcano VSA Com and Volcano Vehicle System Builder (VSB).  Volcano VSA covered the development of software architectures and Volcano VSA Com supported the design of networks and configuration of communication stacks. Finally, Volcano VSB helped configure the middleware software for each target ECU.  The descendants of those tools today are Capital VSTAR Integrator, and Capital Networks.  These tools are joined by an entire embedded software development flow taking inputs from systems design tools such as System Modeler Workbench, and full vehicle electrical and electronic (E/E) architecture definition tools in Capital Systems Capture and Capital Systems Architect.  The embedded AUTOSAR stack itself was Volcano VSTAR, which today is Capital VSTAR.

There are other complementary products in the Siemens Digital Industries Software portfolio.  Some of these, notably Sourcery CodeBench and Sourcery Analyzer, can be used in conjunction with Capital VSTAR Virtualizer.  Capital VSTAR Virtualizer is an update to a product previously called Volcano Vehicle System Integrator (VSI), which now supports the latest AUTOSAR stack versions.  These tools enable analysis of the results obtained from running the embedded software in a virtual environment.  They support root-cause analysis and line-by-line debug of the software.  This virtualizing technology is unique and powerful, enabling the software to be run before target hardware is available.

As we can now see, Siemens doesn’t just have an AUTOSAR software stack, but in fact is building an entire ecosystem of solutions supporting the entire definition, design and development flow of embedded software (figure 5).  Many of the technologies used to build out this flow have a history of innovation and derive from products developed by several of the leaders in the field.

If you would like to know more about how this flow really works, there are several webinars and white papers available that explore Siemens’ embedded software capabilities in greater depth. You can also get in touch to discuss how the Capital solutions can accelerate your automotive software development process.

On-demand webinar: How to use all CPU cycles in multicore ECUs

Why Capital users and E/E systems designers should attend a… April 21, 2022 May 2022 || CLICK HERE to Register Now Realize LIVE, Siemens Digital Industries Software’s flagship event, happens May 9-12 in…
Effective Embedded Software Development in the Midst of… December 17, 2020 Mechanical and electrical engineers have traditionally relied on engineering physics to design, build, and test novel devices and processes. They…
New eBook: Siemens Capital takes on today’s challenges in… August 6, 2021 The digital transformation going on inside the aerospace & defense (A&D) industry is quickly gaining momentum. Why? There are a…

This article first appeared on the Siemens Digital Industries Software blog at https://blogs.sw.siemens.com/ee-systems/2020/06/19/siemens-autosar-short-history/