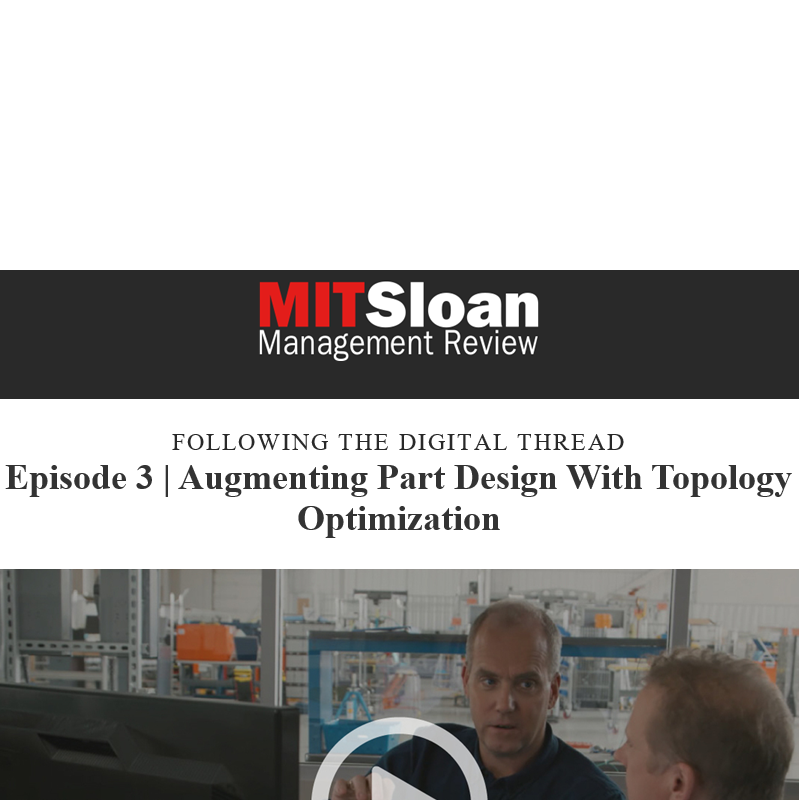 Our bell crank has made it into the digital thread, but before we go any further, we want to see if we can make it even better, and lighter. For that, we will need to use technology called “topology optimization.”

In this episode, we will explore the concept of topology optimization and the role it can play in improving performance. We will examine how, through topology optimization, parts can be created “like they have never been created in the past,” as noted in the video, and consider the consequences of such creation on industry.

The team will investigate how topology optimization works — considering the materials needed, weight targets, and expected stress loads — to locate material only where required in order to achieve the end performance goals for the part. Mark and Jay Clark walk through the optimization process, step by step, to create a new version of the bell crank that is simultaneously lighter and more capable of handling the stresses it will encounter when it makes its way onto an actual aircraft. (It also looks a lot cooler.) We’ll finish by understanding how integration with the digital thread makes topology optimization easier and faster.

But can we expect this new part to function as expected? To answer that question, we will have to move to the next stop along the digital thread.

This article first appeared on the Siemens Digital Industries Software blog at https://blogs.sw.siemens.com/academic/following-the-digital-thread-part-3-of-8/